Why do the names of the Sankakusu sites match the surnames of Uranus, Neptune, and Pluto?

In ep. 2 of season 3 of Sailor Moon Crystal, Mamoru says that the amusement park Chibi-Usa is going to is in Sankakusu, which is on reclaimed land. Later, Artemis tells Luna that there are three reclaimed sites that comprise Sankakusu: Tenohzu, Kaiohzu, and Meiohzu.

It struck me that the romanised forms of these three sites can be produced by appending "-zu" to each of the surnames of the Outer Senshi (excluding Saturn). (The civilian names of the Guardians concerned are Haruka Tenoh, Michiru Kaioh, and Setsuna Meioh.) After some experimenting with romanization schemes (tenohzu, which is the official romanisation, does not produce useful search results, but tenouzu produced a lead) and running some searches, I found someone who claims that these three sites have the kanji 天王洲, 海王洲, and 冥王洲 respectively. In each case, the first two characters correspond to the surnames of the Senshi that I named earlier.

Is there any in-universe reason for this correspondence between the names of the sites and these Senshi's surnames? (I might shrug away "Kaiohzu Park", which appears in ep. 7 of Sailor Moon S as a one-off coincidence, but it would be unlikely if all three names matched up by chance.)

As an aside, with slight spoilers for Sailor Moon S:

It makes sense that Saturn is excluded. Uranus, Neptune, and Pluto consistently work together in Sailor Moon S, whereas Saturn only appears towards the end of that season. I imagine that this might also be the case in the manga and SMC. Moreover, it's clear that at least Saturn has a real-life identity that has not been falsified.

Only Tenouzu (天王洲) appears to be based on a real place, Tennouzu Isle (天王洲アイル), officially called Tennoz Isle in English). It was reclaimed from Tokyo Bay in the 1920's and 30's and then redeveloped in the early 1990's. The other places appear to be derived from the other outer senshi's names by extension.

Both Sailor Uranus's (セーラーウラヌス) name and her alternate identity's family name, Tenou (天王), are taken from the planet Uranus, which in Japanese is called Tenousei (天王星). Similarly the names of the other two outer senshi are also taken from the names of planets, Neptune (kaiousei, 海王星) and Pluto (meiousei, 冥王星).

The name of reclaimed island and the Japanese name of the planet Uransus being similar seems to be a coincidence. The planet name, tenousei, literally means sky god star, referring to the Greek god Uranus's role as god of the sky. Tennouzu Isle is named after the Shinto/Buddhist god of disease Gozu Tennou.

I doubt there's any in universe explanation of why these sites happen to have similar names as the three new sailor senshi, just as there isn't any explanation on how all of the senshi's family names coincidentally reflected the sailor senshi identities that most of them would only acquire later. I think its simply a case of taking a real world place name that happened to be similar and extending it, only implying some sort of connection. For example, while Sailor Moon's family name Tsukino (月野, literally "moon field"), suggests a mystical connection to her role as Sailor Moon and her being a reincarnation of a moon princess, it's really just a pun. Her full name in Japanese is pronounced "tsukino usagi" which could also interpreted as "tsuki-no usagi". That translates to "Moon Rabbit", the Eastern equivalent to what we in the West call the "Man in the Moon".

Here's a screenshot of the map shown of the "Sankakusu Delta" in episode 28 of Sailor Moon Crystal and scan of the same scene from the Sailor Moon manga. If you compare that to what Tennouzu Isle looks like on Google Maps, you'll see that they placed the fictional Sankakusu and it's Tenohzu, Kaiohzu and Meiohzu districts smack dab in the middle of the real Tennouzu Isle. 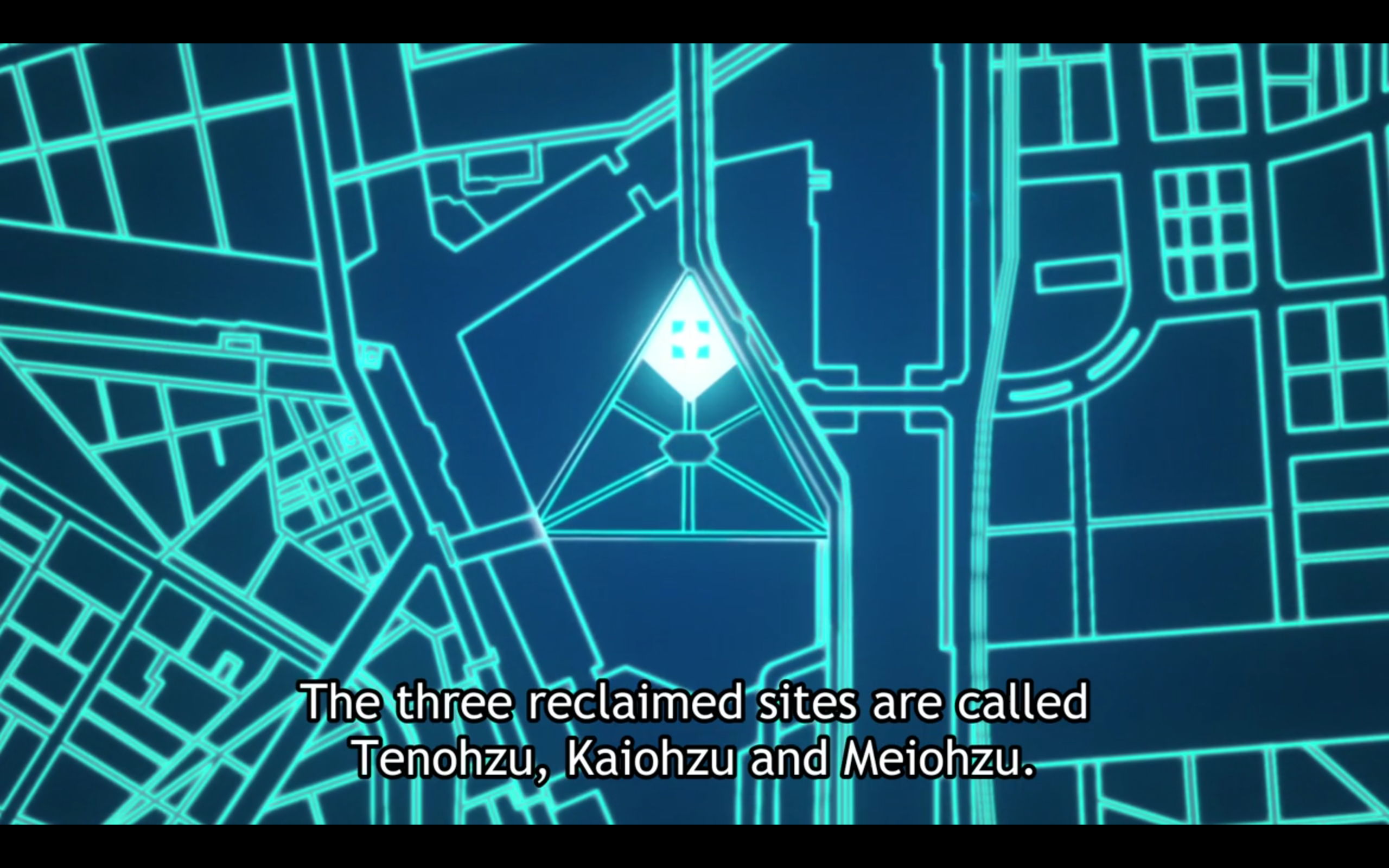 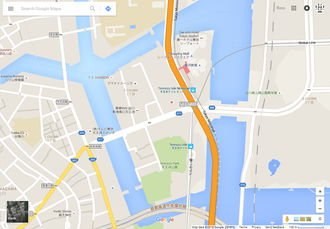 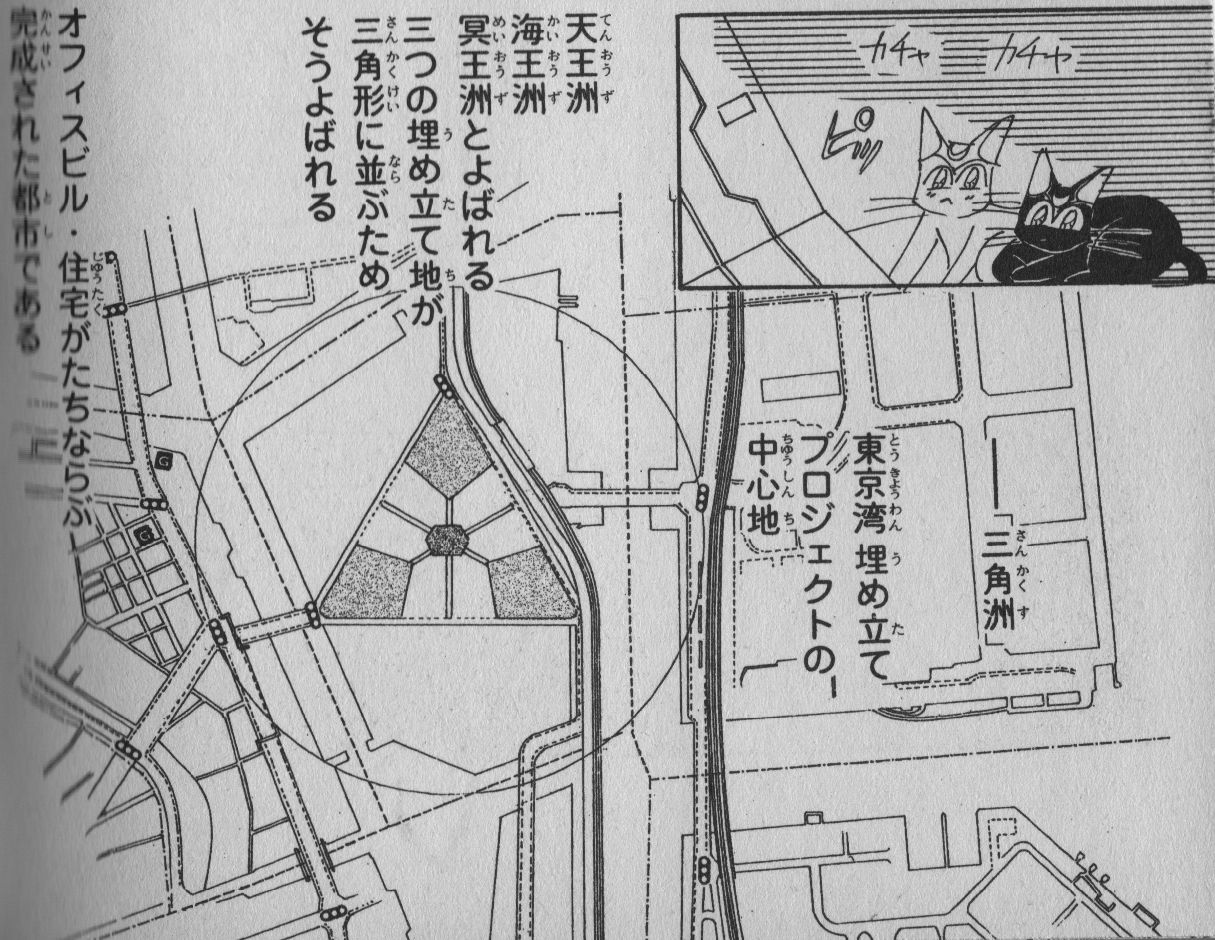 Not the answer you're looking for? Browse other questions tagged sailor-moon .

4
How much of the original Sailor Moon anime isn't from the manga?
2
When do Japanese high schools have midterms?
6
Why can Sailor Pluto be away from the Space-Time Door?
2
Is there any in-universe reason why the Sailor Senshi aren't affected by the citywide energy drain?
2
Does Sailor Moon Crystal contain the Black Moon arc of the manga (Pluto and Chibiusa)?
4
Why didn't Chibi-usa initially recognize Sailors Mercury, Mars, Jupiter, & Venus as her friends?
2
Were Princesses Uranus and Neptune lovers as well?
2
Why doesn't Usagi even attempt to hide/mask Luna when trying to trick the demon in Episode 43?
4
Why do the different Sailor Moon "seasons" have separate names?