Where is this statue on horseback from?

In ep. 1 of Joker Game, we see this shot of a statue (that resembles a person on horseback) before a large Western-style building. Does this correspond to a real-life location? 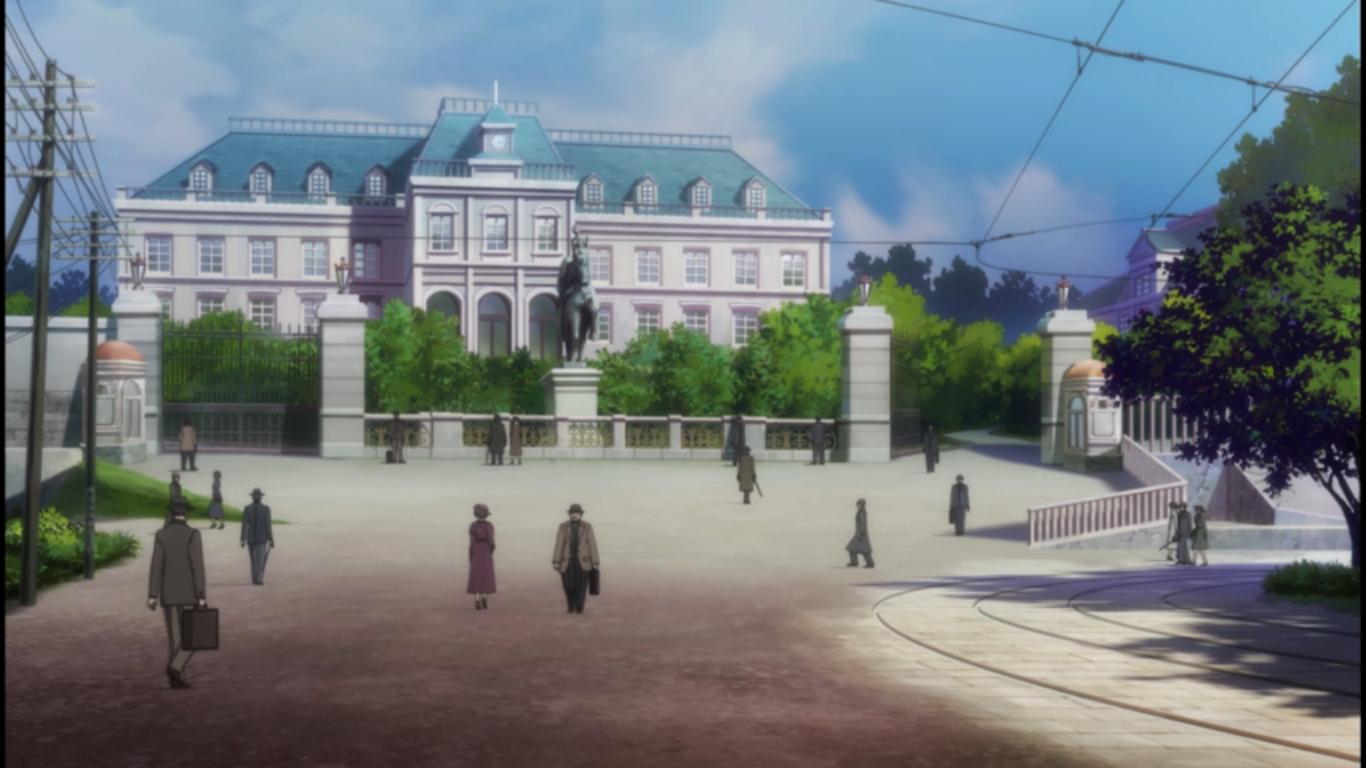 The first episode seems to take place in Tokyo, so I tried searching for statues on horseback in Tokyo. The main result I got was for a statue of Kusunoki Masashige in the Imperial Gardens, which looks similar in stance, but the photographs that I have seen (such as this one) do not seem to have such a building in the background.

I also tried searching for the Imperial Palace to try to see if any buildings match up with this one, however, and I discovered that most of the Palace was destroyed in firebombings in the Second World War. It seems plausible then that this indeed is a statue of Kusunoki Masashige, and that the area around the statue has simply changed from when the anime is set (1937).

Is this actually the Kusunoki Masashige statue, or is this some other location in the Tokyo area?

I believe it's the Imperial General Staff Headquarters. (Photo from Geospatial Information Authority of Japan for comparison below. Similar images in the postcards scanned in the link.)

As for the statue it seems to be of the founder of the General Chief of Staff, Prince Arisugawa Taruhito. While the current statue is now currently located in Arisugawa Memorial Park in Minami-Azabu, Minato, Tokyo, the General Staff Headquarters was located across the palace moat as seen in one of the links. 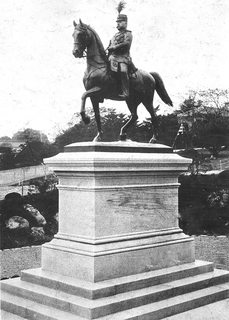 Not the answer you're looking for? Browse other questions tagged tourism joker-game or ask your own question.

2
Where does the manga Otoyomegatari take place?
2
To which Singaporean building does the one in this still correspond?