What kind of luck are Hanako and Botan getting in the opening?

In the opening sequence of Anne-Happy, Hanako and Botan are both shown holding omikuji, those little papers that Japanese people draw at shinto shrines that forecast their luck. 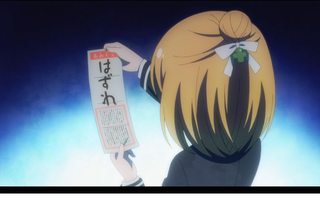 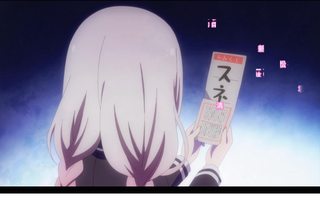 I know that omikuji have different types and levels of luck, and given that the theme of the series is unlucky moe girls, I assume Hanako and Botan are both getting bad luck. But just how bad is it? Which exact classes of omikuji did they draw?

Neither of them are traditional omikuji results. Hanako has "hazure", which translates roughly as "miss" or "fail". Botan's is "sune", which I can't find a useful meaning for. "Sune" is Japanese for shin, or leg, and the only other meaning I can find is in reference to being a shin-biting bug, which is slang for being a mooch, which doesn't seem to fit.

EDIT: In episode 3, Botan does shout out "sune!" when her shin cracks, although she also breaks about three other bones in the same episode so I'm not sure why the shin would be singled out.

Not the answer you're looking for? Browse other questions tagged japanese-language anne-happy or ask your own question.

18
What is the proper pluralization of “anime” and “manga”?
7
Ano Hana's opening mentions “misanga”. What exactly is that?
11
What is the significance of the lottery box in Yuru Yuri Nachuyachumi! OVA? And why are some of the words crossed out?
6
What is the Japanese word they are talking about?
11
What are the “Angels” called in the original Japanese version?
2
What are the markings used above some song lyrics?
2
What are the poltergeists whispering in Episode 11?
3
What does it mean that Gintoki and his friends are “Yorozuya”?