Who cut off Zephyr's arm?

After watching One Piece Film: Z it was stated during the movie that a pirate cut off Zephry's arm and killed most of his crew of Marines in trainging. This pirate was later invited to be one of the Shichibukai. Is there any source that states which one of the Shichibukai that it was? I was unable to find anything on his wiki page I thought that maybe Oda might have stated it somewhere else. 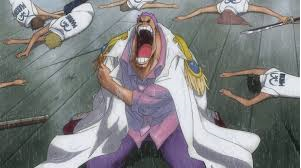 The answer hasn't been officially stated, but we do have elements that allow us to narrow the Shichibukai down.

According to Volume 1000, the pirate who cut off Z's arm was promoted to a Shichibukai "one year ago", which means during the timeskip. This rules out any of the original seven as well as Blackbeard, and only leaves Buggy, Trafalgar Law, and Edward Weevil.

From there, only speculation can be used, as no further official details have been revealed. Since Buggy is relatively weak even in the present day, compared to Z who was already Admiral-level when his arm was cut, it can be assumed he didn't do it, unless he got extremely lucky.

Still according to Volume 1000:

Zephyr became an Admiral at age 38, during Gol D. Roger and Edward Newgate's golden age. By this time, he had become very popular with his subordinates. He got married, and a year later, his son was born.

Zephyr's happiness was ended prematurely when a pirate murdered his wife and son three years later. Zephyr wanted to resign from the Marines, but he was eventually persuaded to stay as an instructor. He trained many cadets, most of whom would ascend the Marines bureaucracy in both power and status.

Twenty-three years after the death of his loved ones, Zephyr's arm was cut off by a pirate who had a Devil Fruit power, and his entire division was massacred with only Ain and Binz surviving.

This means Z's arm was cut off nine years ago, which means in turn that Law was around 17 years old. While it is likely Law was strong even back then, it is unlikely that he was the one who did it, as Z was already a former Admiral, and Law couldn't defeat Vergo until present day, after Vergo became Vice-Admiral.

This leaves Weevil, whose past is still largely unknown and whose strength is immense, as the most likely man to have cut off Z's arm, but until there is official proof to confirm or deny anything, it can only remain speculation at this point.

We haven't met the Warlord that took Zephyr's arm yet. These are the Warlords after the time skip:

However, as of chapter 908, it's revealed that,

Bartholomew Kuma lost his Shichibukai title during the time skip and became a slave to the Celestial Dragons. Since Doflamingo & Law have both lost their titles as well, there are only 4 Warlords we know of.

I'm guessing Oda did things this way so that no one can narrow down the answer once we meet the 3 remaining Shichibukai.

14
Why can't Zoro cut Seastone?
5
Who is it that killed Zephyr's crew and then became a warlord?
12
When did Oda state that a future member of the Straw Hats would be a previous enemy?
6
Who is this man in the cover page of One Piece chapter 839?
5
How does the One piece Bounty system work?
5
Why are there two different versions of how Luffy ate the Gum-Gum fruit?
2
Up to what Episode/Chapter of One Piece should i see before playing each of Bandai Namco's PC Games?