Why was the old man sent to the void?

In Death Billiards, the old man is sent to the void and the younger one is sent to be reincarnated. But why? What was the basis for this decision? It even contradicts other decisions in Death Parade. For example, the one shown darkness was the young man.

In the main series Death Parade, Decim had spoken on more than one occasion (episodes 7 and 10) of his respect for people who had lived their lives to the fullest (生を全うした人間を尊敬する). It was obvious that Decim considered the young man to be one such person, but what about the old man? The old man cited the reason he must win and leave that place as being

and that was exactly what he was last seen doing right before his death. Compare that to the young man's motivation:

I want to get out of here and apologize to her.

In other words, the young man wanted to do something differently with his life. What good would there be by sending the old man to be reincarnated, if a large chunk of his life could be summarized in 4 seconds in a boring GIF?

Reaching for the sky becomes blocking a ray of sunshine.

Then there was the thrill of being able to beat people up again, the "been a vegetable for the past few years" fraud, the fishy conversation between the old man and Decim, the hiss at 22 minutes and 26 seconds, and the evil grin as mentioned by Quill. Too many dark things about the old man that were only known to Decim.

It was pretty subtle, as is the show's decisions, or perhaps, Decim's decisions.

Right as the old man is about to head up the elevator he flashes an evil grin: 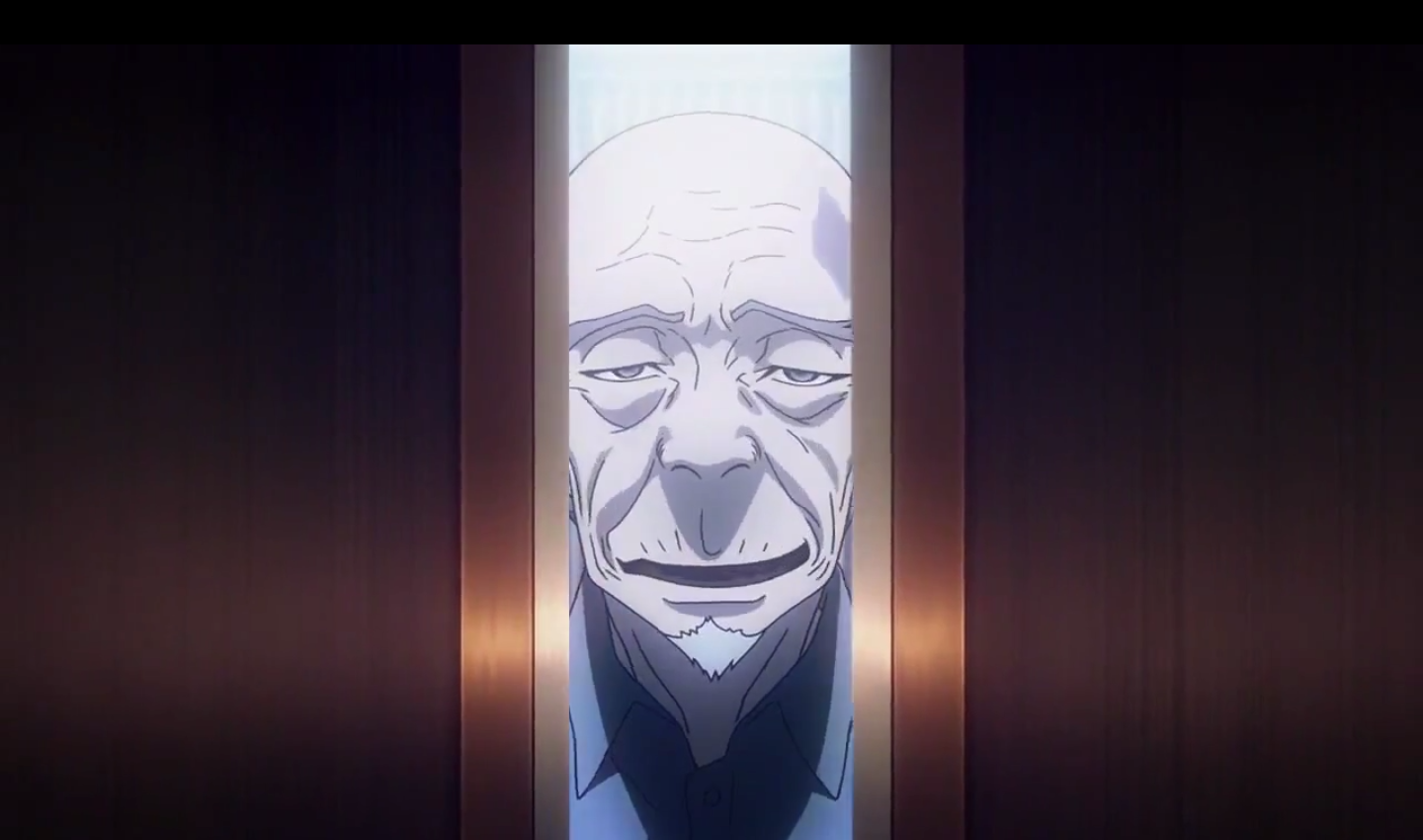 This suggests the old man might've manipulated the young man into believing he was a fragile, innocent elderly person when he wasn't.

Not the answer you're looking for? Browse other questions tagged death-parade death-billiards or ask your own question.

14
What did the old man say to the bartender at the end?

14
What did the old man say to the bartender at the end?
3
How did the young man take his turn? (spoilers)
5
What determines if someone going to Heaven or Hell?
10
What happens to the pregnant woman's baby in the first episode of Death Parade?