What are the Norse Mythology References in Alfheim Online?

In one of Yui's Trivia Corner Segments from Sword Art Offline 6, she says that Alfheim Online is mainly based off of Norse Mythology, so there are a number of references to it in ALO.

The only reference that I know of is that the World Tree in Alfheim Online is supposed to represent Yggdrasil, with the 9 Fairy Nations around The World Tree being the 9 Realms that are connected to one another by Yggdrasil.

Thus, I am wondering what other Norse Mythology references there are in Alfheim Online.

The references are as follow. I'll divide it into its categories. Also note that I'd refer to SAO as ALO here since the story takes place in Alfheim Online and not Sword Art Online's Aincrad.

Alfheim (Norse: Álfheimr) means the land of fairies. This is the world where the players live. Funnily, the races that live in this land are not from Norse mythology, but is actually from England, Ireland and Scotland, with the exception of Salamander. More about the races in the races section down below.

Jotunheim (Norse: Jötunheimr) means the land of giants. The creatures that live here are the giants. Tonki (Jellyfish Elephant, Kuzuha/Leafa's friend/pet(?)) is one of those giants.

Muspelheim (Norse: Muspelheimr) is land of fire. In ALO it is located under Nilfheim.

Yggdrasil (Norse: Yggdrasil) the three that connects the 9 worlds according to Norse mythology. Out of those 9 only Alfheim, Jotunheim, Nilfheim and Muspelheim mentioned in ALO. Out of those 4 only 2 (Alfheim and Jotunheim) are actually shown.

Thor (Norse: Thor) the god of thunder, wielder of the magic hammer Mjolnir, son of Odin.

Thrym (Norse: Þrymr) is king of Jotunheim. In ALO he is a king of Nilfheim who invaded Jotunheim along with his ice giants.

Excalibur is a sword belonged to the legendary King Arthur of England. It is also one of the sword featured in many video games, mainly Final Fantasy. In Final Fantasy series it usually is one of the strongest swords. In ALO it is a sword promised by Thrym as a prize for slaughtering the original dwellers of Jotunheim (Tonki's race).

Mjolnir (Norse: Mjölnir) is a magic hammer of Thor, capable of summoning thunders.

Thor missing his hammer is one of Norse legends, where Thor lost his magic hammer Mjollnir. It was said that his hammer was stolen by the king of the Jotun, Thrym. Thor, although reluctant, agreed to Loki's suggestion to dress as Freyja in his attempt to get the hammer back. Thor later killed Thrym and get his hammer back. This is referenced in ALO with Klein finding a female NPC with HP bar locked in a prison made of ice. Later during the fight between Kirito's party and Thrym, the said female NPC revealed himself to be Thor. Thor then killed Thrym much like in the legend.

Cait Sith in its original myth stole people's soul before they are collected by gods upon their death. In ALO, they are beast tamers. Silica and Shinon are Cait Sith in ALO. Cait Sith originated from Scotland.

Spriggan are small fairies said to be guardian of treasures. They are said to be mischievous. It has the ability to transform into huge creature. Kirito is a Spriggan in ALO. Kirito also used a transformation magic to transform into The Gleam Eyes which is a reference to this ability. Spriggan in ALO also known to be very useless in magic due to their magic being mere illusions (reference to their magic being for mischiefs).

Gnome are small, humanoid Earth fairies. Gnome in ALO are known to be master miner. Agil is a gnome.

Imp are small goblin like creature. Imp in ALO are not very well explored with the only known Imp is Konno Yuuki/Zekken.

Leprechaun in its original myth are said to have hid a pot of gold at the end of a rainbow. Lisbeth is a Leprechaun in ALO.

Pooka originated from Ireland. Pooka or Púca means ghost or spirit in Irish. It is not well explored in ALO. Sasha is a Pooka in ALO.

Sylph are wind spirits. Sylph in ALO are master in wind magic. Sylph is also the race that has the most known characters. Lady Sakuya - Lord of the Sylphs, Leafa, Recon, Sigurd (Exiled), and Erika (Asuna's alter account) are Sylphs.

Yes that is true indeed. I am not sure but it seems like you haven't gone through the second season of SAO yet. I can't seem to recall any more references to Norse mythology in the first season but there were several references in ALO in the second season.

1. Thor in the last fight during the "The Holy Sword of the Ice Palace quest"
2. Jötunheimr. The realm of giants
3. Urðr. One of the rulers of the Beast-type Evil Gods
4. Verðandi. Urðr's sister
5. Skuld. Another of Urðr's sister

According to the Wiki

In the alternate ending of the Calibur story, Calibur SS, it is also speculated that, lore-wise, the castle of Aincrad, which was implemented into ALO at the end of the Fairy Dance arc, is designated as Midgard, the world of humans in Norse mythology, by the NPCs of the game, as all characters in Sword Art Online were humans. 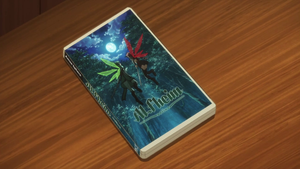 ALfheim Online, or ALO, is loosely based on both fairy lore and Norse mythology, drawing elements from other legends as well for its setting.

According to Alfheim Online's entry in Wikia:

The influence of Norse mythology is more emphasized in the evil gods of Jötunheimr and the quest related to them. Yet the appearance of the deities, or Aesir, from the Norse forum is also present such as Thor, Urðr, Verdandi, and Skuld.

Aside from references to Norse mythology, ALfheim Online also references various other myths or stories. For example, the Cait Sith, Pookas, and Leprechauns originate from Celtic folklore.

In ALO, Excalibur is a sword promised by Thrym as a prize for slaughtering the original dwellers of Jotunheim, but it is NOT part of Norse mythology but of Arthurian legends.

The original basis of ALO is that of a land of faeries, which seek an audience with the king, Oberon. The naming of the fairy king, Oberon, and his queen, Titania, suggests that it holds its roots in the Shakespearean play A Midsummer Night's Dream. Aside from that, ALO seems to draw from a wide range of mythologies, including the Arthurian Excalibur, and the naming of the nine realms of Norse mythology like Jotunheimr.

After Thrym was defeated, Thor decided to reward the fairies for helping him reclaim his hammer by giving Klein, who freed him from the cage, an extra reward: a fairy-sized replica of Mjölnir, called «Thunder Hammer Mjölnir».