What is the method used by Oomuro Sakurako in her "lucky color" lottery?

In the last scene of episode 4 of Yuru Yuri San Hai (i.e., the third season of Yuru Yuri anime), Sakurako played with her friends a lottery game for finding out "lucky colors". She did so by drawing a diagram on the ground and following the lines. I have never seen this particular kind of game before, and am wondering if this is some traditional children's game or Sakurako just invented it on the spot. Can anyone provide some clues? Thanks! 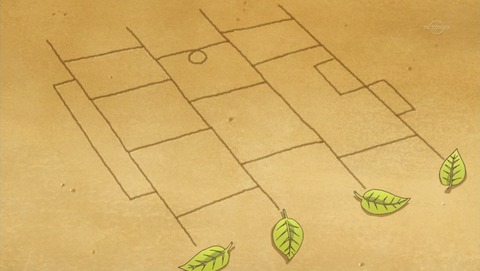 This is a method of randomly assigning things called "ghost leg" (in Japanese, called "Amidakuji", which means "Amida lottery").

Basically, the way it works is that each player picks one of the lines at the top. Then, you follow the line downwards. Every time you intersect a horizontal segment, you follow it. Here is an example of one possible outcome for a player of this game. 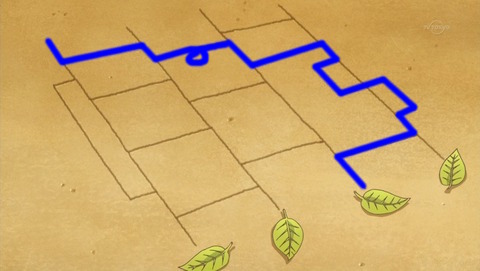 Note that the loop-de-loop and the non-strictly-horizontal cross-segments (like the ones that go left-down-right and right-down-left from the rightmost line) are not used in conventional ghost leg. This is just the show being silly.

This system is well-known in Japan (and maybe the rest of East Asia?), but is certainly not well-known elsewhere, which is likely why you have never heard of it.

11
What is the significance of the lottery box in Yuru Yuri Nachuyachumi! OVA? And why are some of the words crossed out?
7
What does the word "Akarin" mean?