Why does Sakura's inner voice say "cha" at the end of her sentences?

So this answer explains why Naruto say "dattebayo" or "believe it" in the English translations, being that he inherited it from his mother.

In earlier episodes of Naruto when Sakura goes to think of what she really wants to say, this occurs in the form of white drawing lines of Sakura with writing on her forehead with black background. See the image below: 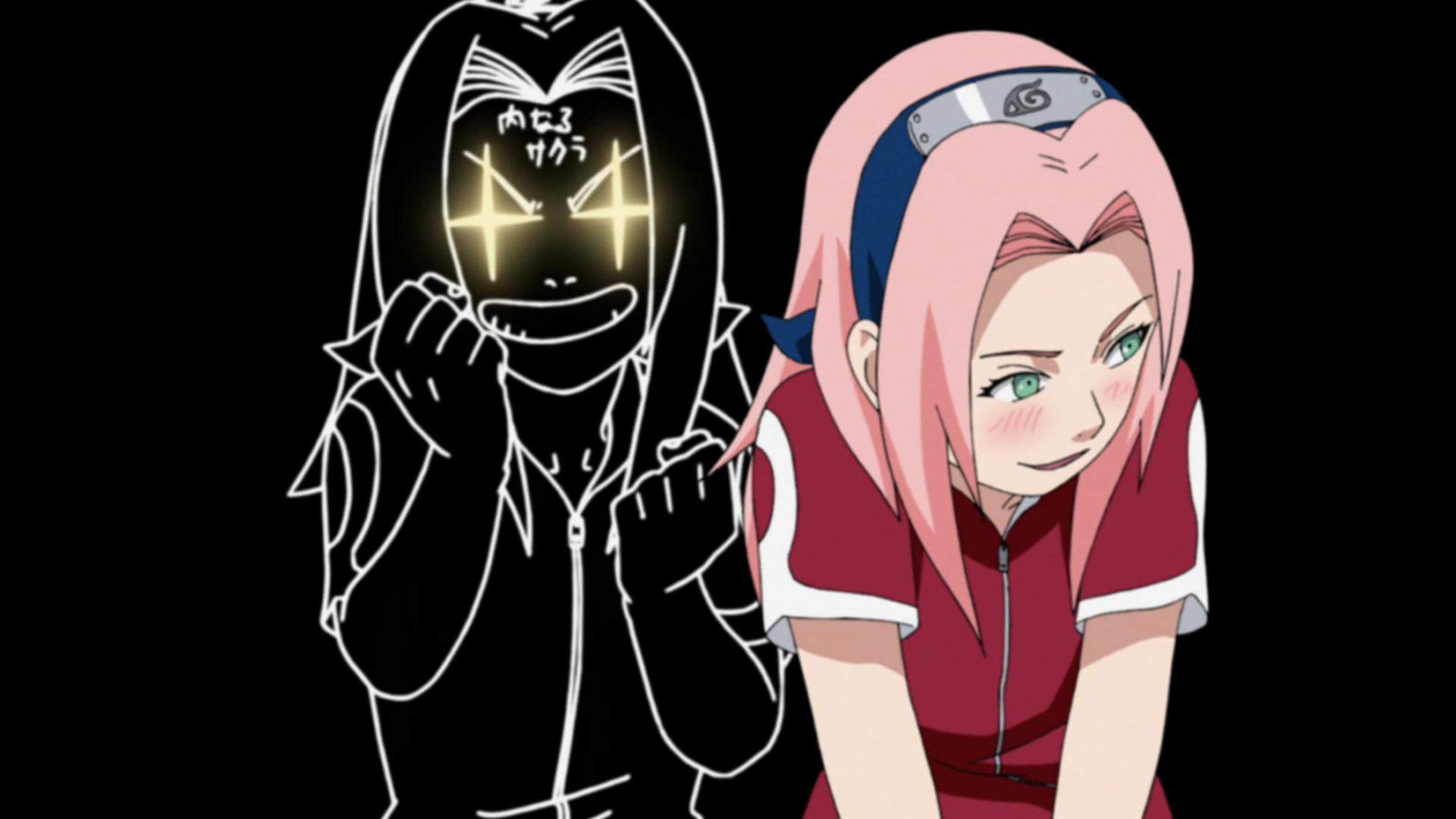 In the English dub, the second Sakura often ends her sentences by saying "cha".

What is the reason for this? Is this something she picked up from her parents like how Naruto inherited his mother's habit, or is there some other explanation for this?

According to Catchphrases and Verbal Tics from Naruto Wikia, the phrase "Cha" was replacement of "Shannarō" and "Shannarōyo" in the English dub often used by Inner Sakura, which have no literal meaning, but it can be translated into "Hell yeah!", "Hell no!", or "Damn it!" depending on the situation.

33
Why does Naruto have a catch phrase?

33
Why does Naruto have a catch phrase?
8
Does a Jinchuuriki gain the nature of his/her tailed beast?
1
Why does Rin Nohara have purple stripes on her cheeks?
18
Why does every major bad guy end up being a good guy later?
10
Why does Sasuke still have the Rinnegan?
5
Hinata's & her children's family name by the end of Naruto
8
How did so many people get away with cheating during the written portion of the Chunin Exam?
2
Why didn't Kushina die when the Nine Tails was released from her?
1
Why does Rin die when her puppet tag is removed, but Obito doesn't?