How are Natsu and Zeref related?

How are they brothers, if Zeref is a human and Natsu is a demon. Was Natsu born a demon or did Zeref make him one?

This is so confusing to me. Please clear this up for me!

Note: If you're not up to date with the FT's manga or don't even follow it, then the information + images which I'm posting here will be spoilers.

According to FT's manga, Natsu Dragneel is a demon made by Zeref Dragneel. He's the END (Etherius Natsu Dragneel) that Zeref refers to way back when Natsu first meets Zeref face to face. Read chapters 436, 464 and 465. In chapter 436, when Zeref thinks about his past, how he created all other demons to kill him but all of them failed, he then says, "And so, finally I made you. I made you.... With the hope that you'd truly be as your name states, END."

And if you read further down that chapter, he also says that the body Natsu was given is not his own body, but the body of Zeref's deceased brother. In chapters 464 and 465, when Natsu faces Zeref once again face to face, Zeref tells Natsu the truth behind the END, and also Zeref left Natsu with Igneel (a friend of Zeref) as Igneel didn't have ill feelings toward humans. 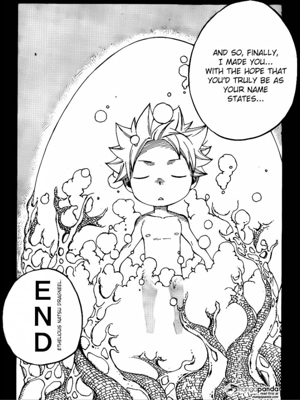 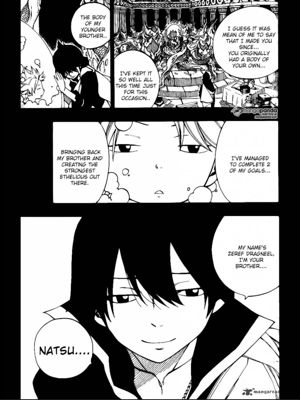 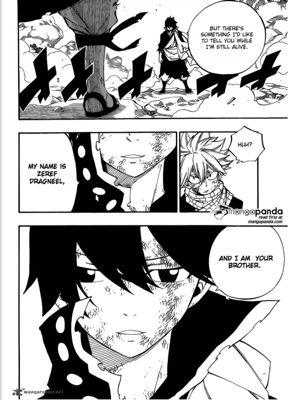 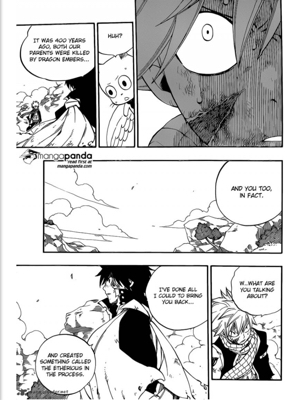 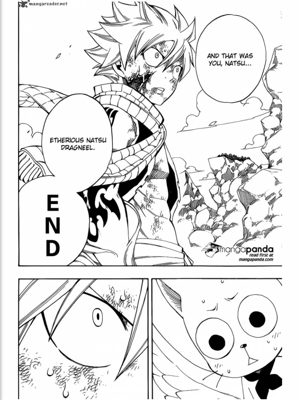 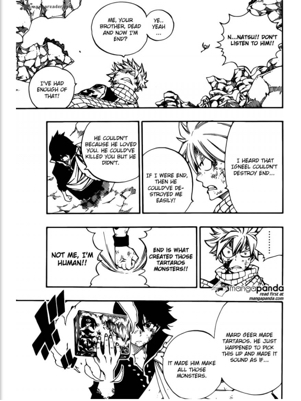 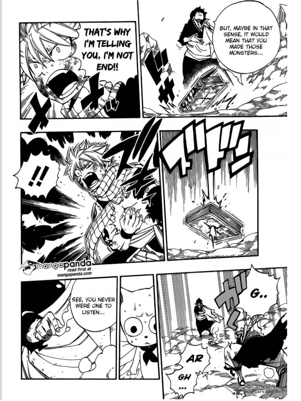 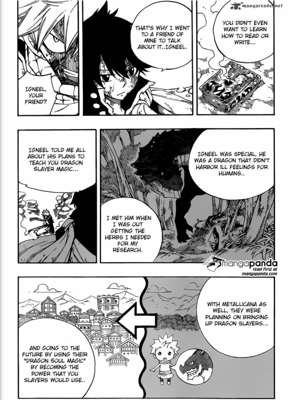 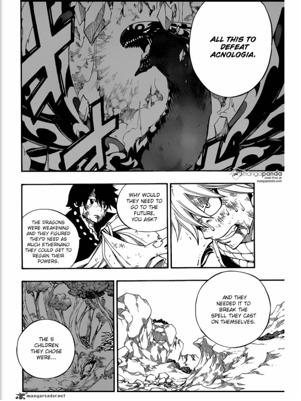 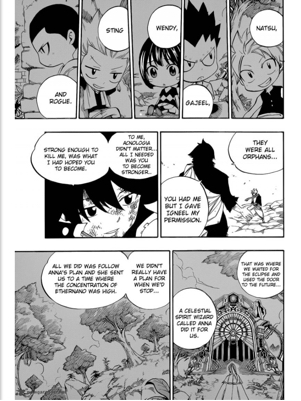 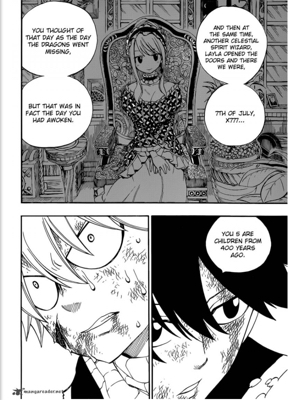 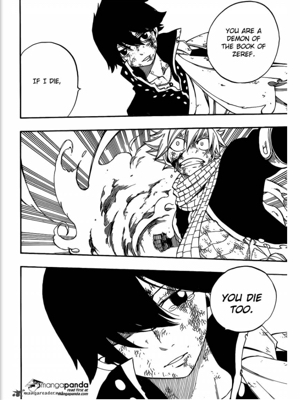 8
Is there some type of connection between Mavis and Zeref?
2
Was Grimiore Heart aware that Zeref was still alive?
11
What is the relationship between Natsu and E.N.D?
1
Which episode features Natsu joining Fairy Tail and Erza teaching him to write?
2
Can Natsu Dragneel use Dragonforce and Lightning flame Dragon mode at the same time?
0
How did Natsu manage to kill Silver Fullbuster (Gray Fullbuster's Father)?
2
How durable is Natsu Dragneel?
4
How many years did Natsu train with Igneel?
4
Is Natsu's Etherious form still alive?
0
Timeline misunderstanding in Fairy Tail