How did Danzo acquire all those Sharingan in his arm?

I was just wondering, how did Danzo get all those Sharingan eyes in his arm? Is it from the people that Itachi and Tobi killed that night?

Danzo acquired his right arm from Shin Uchiha with the help of Orochimaru. This is found in Naruto Gaiden: The Seventh Hokage Manga.

Orochimaru did another implant onto Danzō taking Shin Uchiha's Sharingan-embedded arm and placing that, alongside some of Hashirama Senju's cells, onto that of Danzō's. 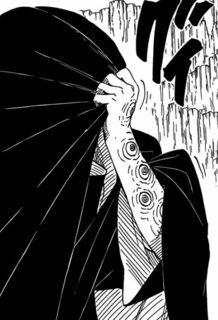 Shin was one of Orochimaru's experimental test subjects and followers, and possessed a unique genetic make-up that allowed for tissue and organ transplantation with absolutely no chance of rejection. Together they performed various experiments, cultivating clones from Shin's teeth and nerves in order to uncover many secrets of genetics. At some point Shin became intrigued by the Uchiha clan, especially Itachi Uchiha. As such, he began to imitate the Uchiha: adopting their surname and customary clothing, as well as numerous Sharingan which have been implanted all over his body. His Sharingan-embedded right arm was harvested by Orochimaru and transplanted to Danzō Shimura along with some of Hashirama Senju's cells. Some time after this, Shin left Orochimaru's side and took most of his clones with him.

We're not sure, but he most likely got them from all the Uchiha that Itachi killed.

Most were stolen by Obito, the ones that weren't were used by Danzo for his Izanagi.

A definite answer can't be found, there are no official statements regarding the matter and no official source, so one can only speculate.

Danzo used Itachi to kill The Uchiha clan only sparing Itachi's brother: Sasuke. Then Danzo took their eyes and implanted it to his arms