Translation of alphabet used in Konosuba

Is there a complete translation of the "letters" used in the world of Konosuba? I'm talking like the ones seen on their adventurer cards. I'm positive each symbol corresponds to a letter of the English alphabet, but I want the complete list of them if possible? 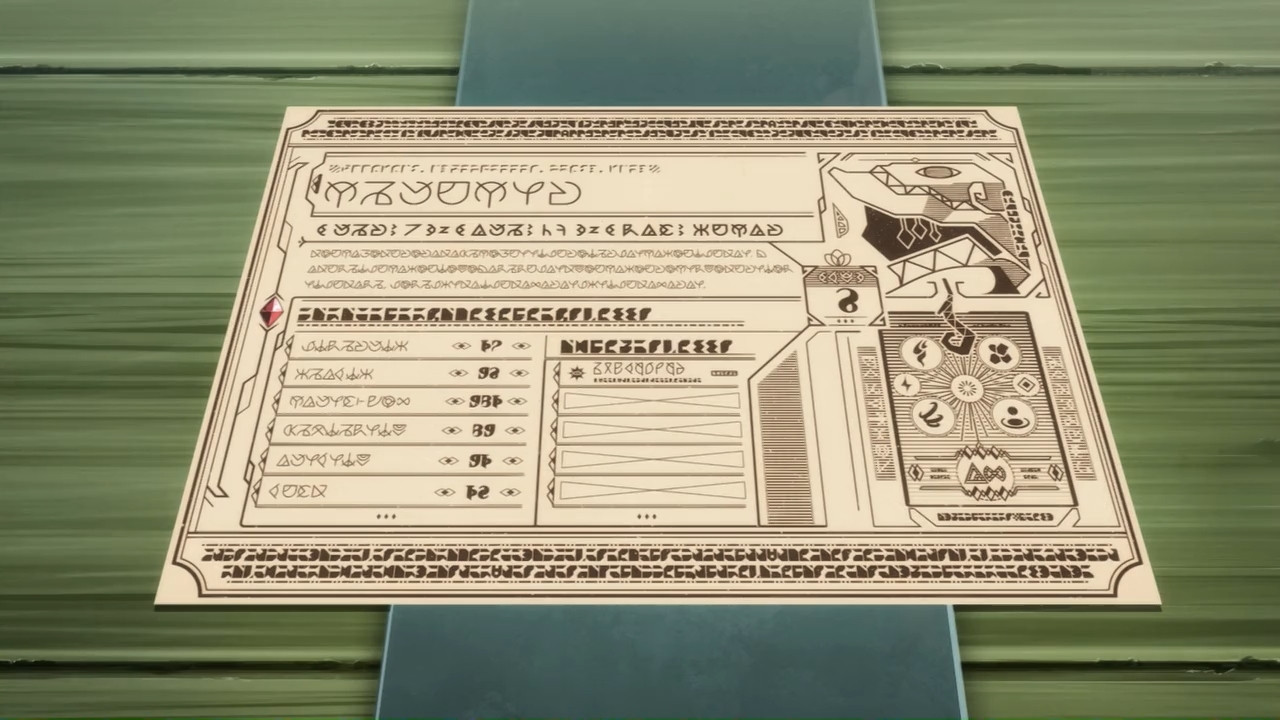 An enterprising person over here has provided a translation table for the letters and some of the numbers, in multiple typefaces: 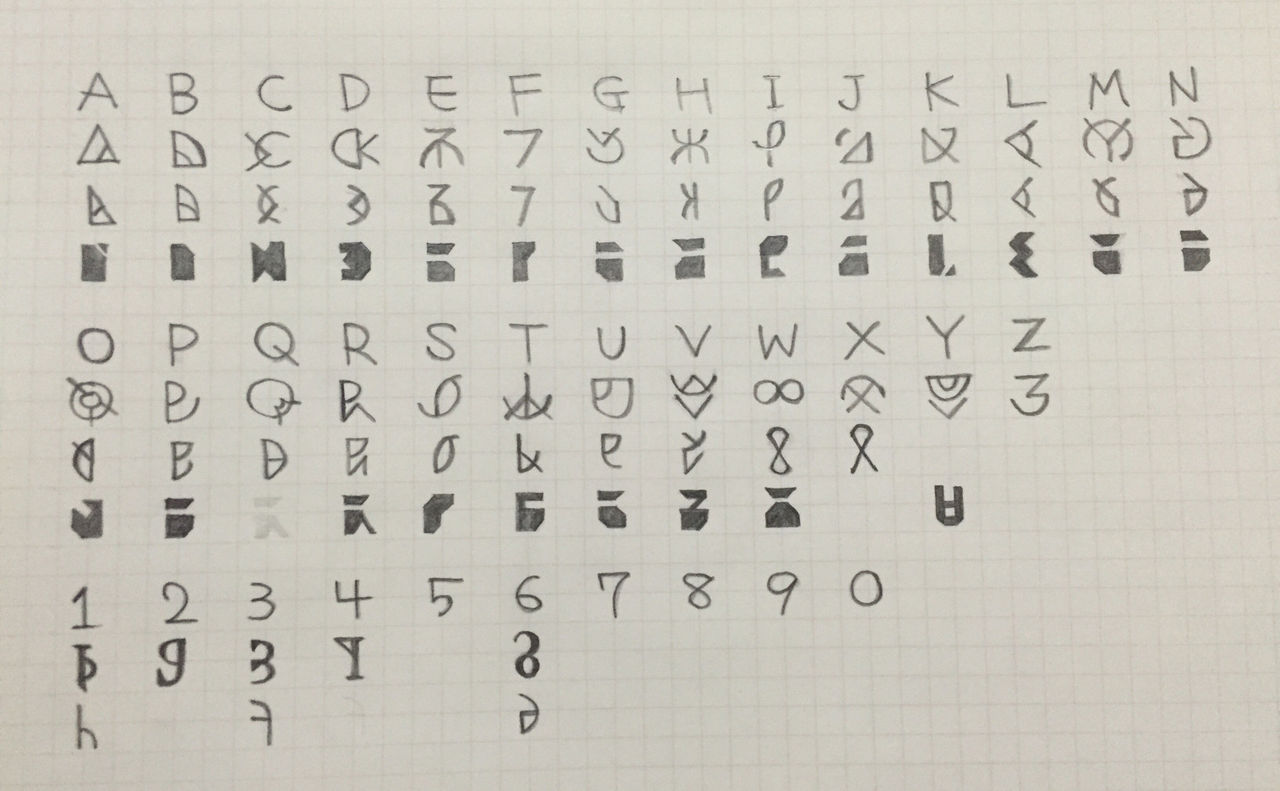 Someone somewhere may have put together a more complete version; this version is from just after episode 3 or 4, and more sourcetext became available as the show went on.

As you surmise, there is a simple one-to-one relationship between the English alphabet (and related glyphs like punctuation and numbers) and the KonoSuba alphabet. However, beware: the actual text that is enciphered is not necessarily in the English language - some of it is also in romanized Japanese. For example, someone in the linked thread deciphered this part of your image:

Which may seem like gibberish, but in (somewhat typo-laden) Japanese, it's Megumin babbling about EXPLOSION. Roughly, "A wunderkind magician, even moreso than the average Crimson Demon. She is enraptured by the mightiest of magicks: EXPLOSION. She won't use any other magic, and plus - she can't." This particular text is cobbled together from various bits of copy about her character, as far as I know.

Not the answer you're looking for? Browse other questions tagged konosuba or ask your own question.

12
What happened between episodes 7 and 8 of Konosuba
6
Is the Konosuba anime a close adaptation of the light novel?
6
What stats are in KonoSuba world and what do they do?
4
Which LN volumes are covered in season 1&2 of "Konosuba" anime?
5
How many days pass during the first part of Konosuba episode 4?
1
Where to start reading KonoSuba light novel after watching the anime and movie?