Did Sakamoto really write in cursive?

At the end of the translated version of the first chapter of Sakamoto Desu Ga?, Sakamoto agrees to write a report, provided he can write it "in cursive": 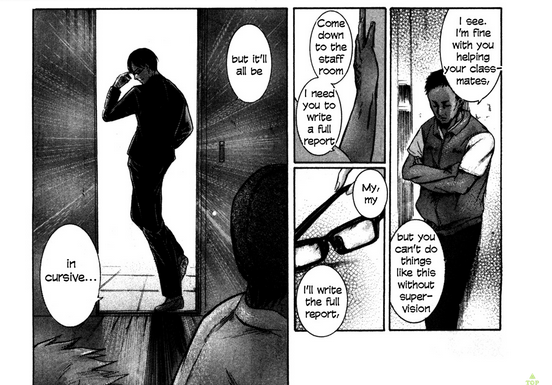 Given that the manga is set in Japan, I assume the report will be in Japanese. However, I'm not exactly sure what is meant by cursive Japanese. According to wikipedia, cursive (sōsho, 草書) is rare in Japanese, though it's more common in Chinese. Of course, cursive is a particular style of calligraphy, but calligraphy includes more than just cursive, and clerical script (reisho, 隸書) would seem more appropriate for a report like this (though perhaps less awesome).

In the original Japanese text, was Sakamoto really saying that he was going to write in Japanese cursive, or just with handwritten calligraphy (or maybe even English cursive)?

In the manga, he says "筆記体" which literally means "note-taking style," which is typically used to describe cursive writing... in English. So he's implying that the report will be in cursive English. 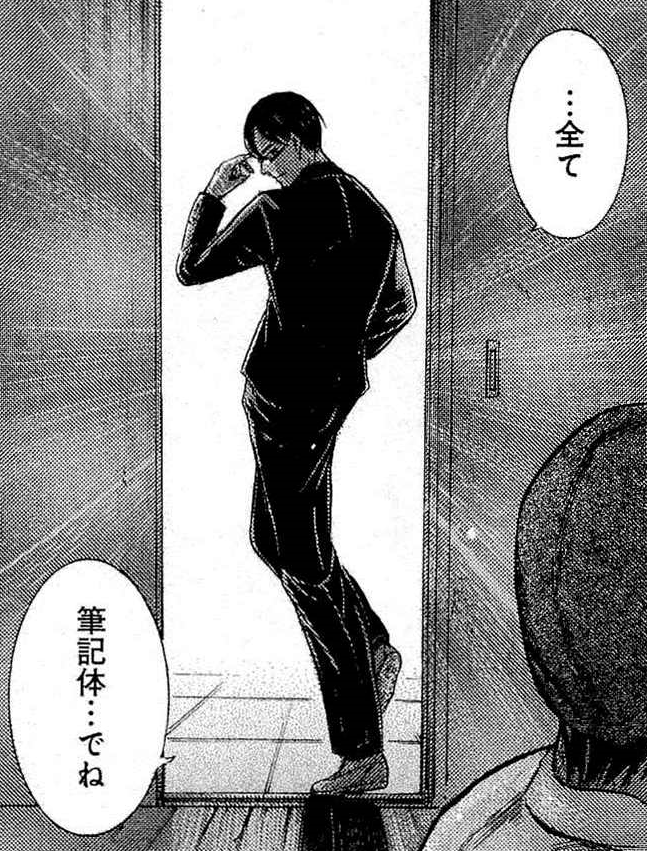 Not the answer you're looking for? Browse other questions tagged japanese-language sakamoto-desu-ga .

11
Is Sakamoto human?
12
What did Light write before killing Shibuimaru Takuo?
17
Where did "dattebayo" come from?
3
What is Sakamoto doing holding those rods?
5
What did Guy say in his fight vs Madara?
3
Why did Miss Monochrome become a bear?
7
Where did Asuka think "Monaka" came from?
1
Did Gohan ask Piccolo to do fusion?
6
Was "defenestrated" simply a literal translation, or part of a bigger concept or joke?