Can the Death Note manipulate people whose names aren't written in it?

For example let's say James wrote: "Bob Schneider gets stabbed at 13:30 by his best friend. Dies of blood loss one hour later."

Would the Death Note control his friend whose name isn't written in the Death Note, or would it result in Bob having a heart attack?

The answer to your question is quite complex and can best be summarized succinctly as -- "maybe". The death MAY play out exactly as you wrote it, it may play out similarly, but with someone or something else causing the bleeding, or he may die of a heart attack. Or if certain criteria are met he may not die (but most likely he will!).

Rules of the trade

A complete list of rules from the comics and manga is compiled here.

Note, while many share the first 10, there's more rules in the canon than that. In total there are at least 66 rules that have been compiled from the source material, many of which are found in the thirteenth manga volume, Death Note 13: How to Read.

Some rules that are applicable to this scenario/question include:

The conditions for death will not be realized unless it is physically possible for that human or it is reasonably assumed to be carried out by that human.

Whether the cause of the individual's death is either a suicide or accident, if the death leads to the death of more than the intended, the person will simply die of a heart attack. This is to ensure that other lives are not influenced.

The use of the Death Note in the human world sometimes affects other humans' lives or shortens their original life span, even though their names are not actually written in the Death Note itself. In these cases, no matter the cause, the god of death sees only the original lifespan and not the shortened lifespan.

In occasions where the cause and situation of death is written before the victim's name, multiple names can be written as long as they are written within 40 seconds and the causes and situations of death are not impossible to occur.

By manipulating the death of a human that has influence over another human's life, that human's original life span can sometimes be lengthened.

If a god of death intentionally does the above manipulation to effectively lengthen a human's life span, the god of death will die, but even if a human does the same, the human will not die.

So let us assume a couple things:

If any of the above are false, additional rules preventing the death would kick in.

Now the Death Note allows people to write in a situation, perhaps even with familiar characters (this aspect is somewhat unclear). A good example is the death of Matsushiro Nakaokaji, a robber and murderer who is killed by Light who writes that the target bleeds to death at 1:30 p.m. He was stabbed by a store employee and winds up dying at the prescribed time. 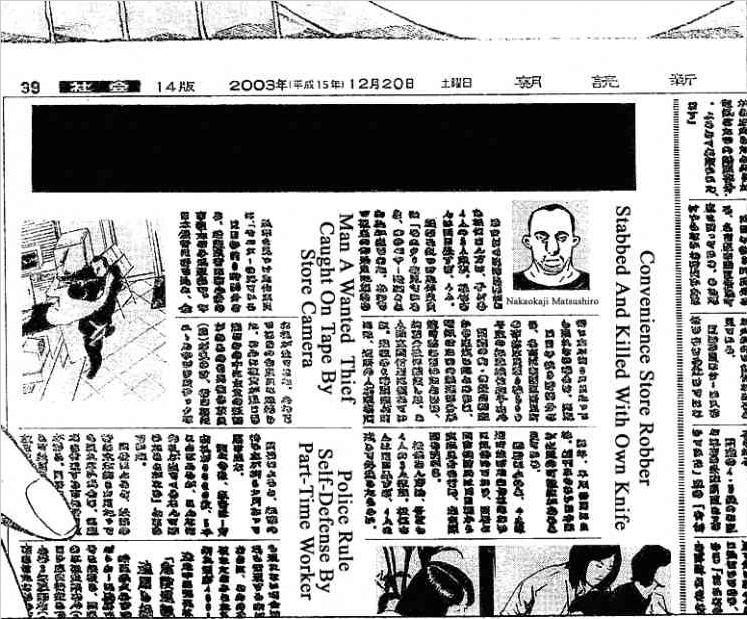 This establishes that, yes, assuming the conditions are feasible (see in particular LV.1-2), you can use the Death Note to manipulate someone other than the victim into killing them.

Death by a best friend stabbing

So what does this mean in practice?

Well, likely Bob's best friend has to have considered stabbing him, which seems fairly likely, based on the lose definition of potential outlined in the rules regarding suicide. Also, the friend likely has to be physically present and have an accessible knife to ensure feasibility (most homes would meet this criteria as they have knives in the kitchen).

If it is feasible, the next question is whether the attack will somehow result in the friend dying as well. If so, Rules X.2 and XVI.2 clearly state Bob will instead die of a heart attack, to prevent additional deaths. Note that Rule XLLII.1 state that it's fine to short the characters lifespan (let's say Bob fights back and stabs the friend with a non-life ending injury that nonetheless shortens his life, i.e. laceration of the spleen or kidney).

Now let's assume that it's not feasible for that best friend, either because they're not capable of harboring such thoughts, are physical incapable (maybe they're paralyzed), or would die in the process of the attack. Then that friend will definitely not commit the attack.

Does Bob have multiple best friends?

If so, likely the above criteria repeats. If one best friend would die from the stabbing, perhaps the situation will pass to a friend that meets the feasibility criteria and wouldn't die. So maybe best friend 1 is a nerd and best friend 2 is a gym rat... the note would likely avoid the nerdy friend who would die of the counterattack, and instead pick the gym rat, who could carry out the deed without dying himself.

Unknowns include which best friend is chosen first and how/why, assuming there's multiple "best friends" of Bob capable of killing him.

Death by someone else stabbing him or some accident causing bleeding

Now if no friends are capable of killing him, than the next question, per LV.1-2 is whether someone else would be capable of stabbing him. Say he's at the store at 13:30 p.m. and no friends are around, but other people are and one of them has a knife.

Again, assuming no one else but Bob will die as a result of the attack and the attacker has considered stabbing a random stranger (or casual acquaintance if they happen to know Bob), then the stabbing may still occur, just not the written situation.

Or something else will happen to Bob (i.e. a piano falling on his leg) that causes him to bleed out at the specified time. The requirement of no additional deaths, however, would precluding many accidents that might satisfy this end, though (think massive highway crash, etc., which would likely produce multiple fatalities).

If there's multiple possibilities to fulfill the cause of death, if the situation was deemed infeasible or would lead to additional deaths, it's unclear which would be picked (as with the question of which best friend would kill him if multiple are capable). Perhaps it's random. Perhaps there's some unknown rule.

If there's no way he's going to get stabbed or otherwise maimed in such a way to bleed out (say Bob is in an underground bunker, far from friends and other dangers) -- or if ALL such circumstances would lead to additional deaths -- then he will die from a heart attack at the ascribed time.

Jason R. MickJason R. Mick
23311 silver badge99 bronze badges
3
Add a comment  |
2
Want to improve this post? Provide detailed answers to this question, including citations and an explanation of why your answer is correct. Answers without enough detail may be edited or deleted.

I think his best friend will kill him accidentally or something like that. If he doesn't do that accidentally, then.. he will kill him in any circumstances, with or without his will. I don't know exactly how's going to happen that, it will just happens somehow. That's how death note works.

Edit: Sorry, I didn't understand your question first time. If it is not a rule for this then it will works, his best friend will kill (If I guess right) Here's an image with rules: 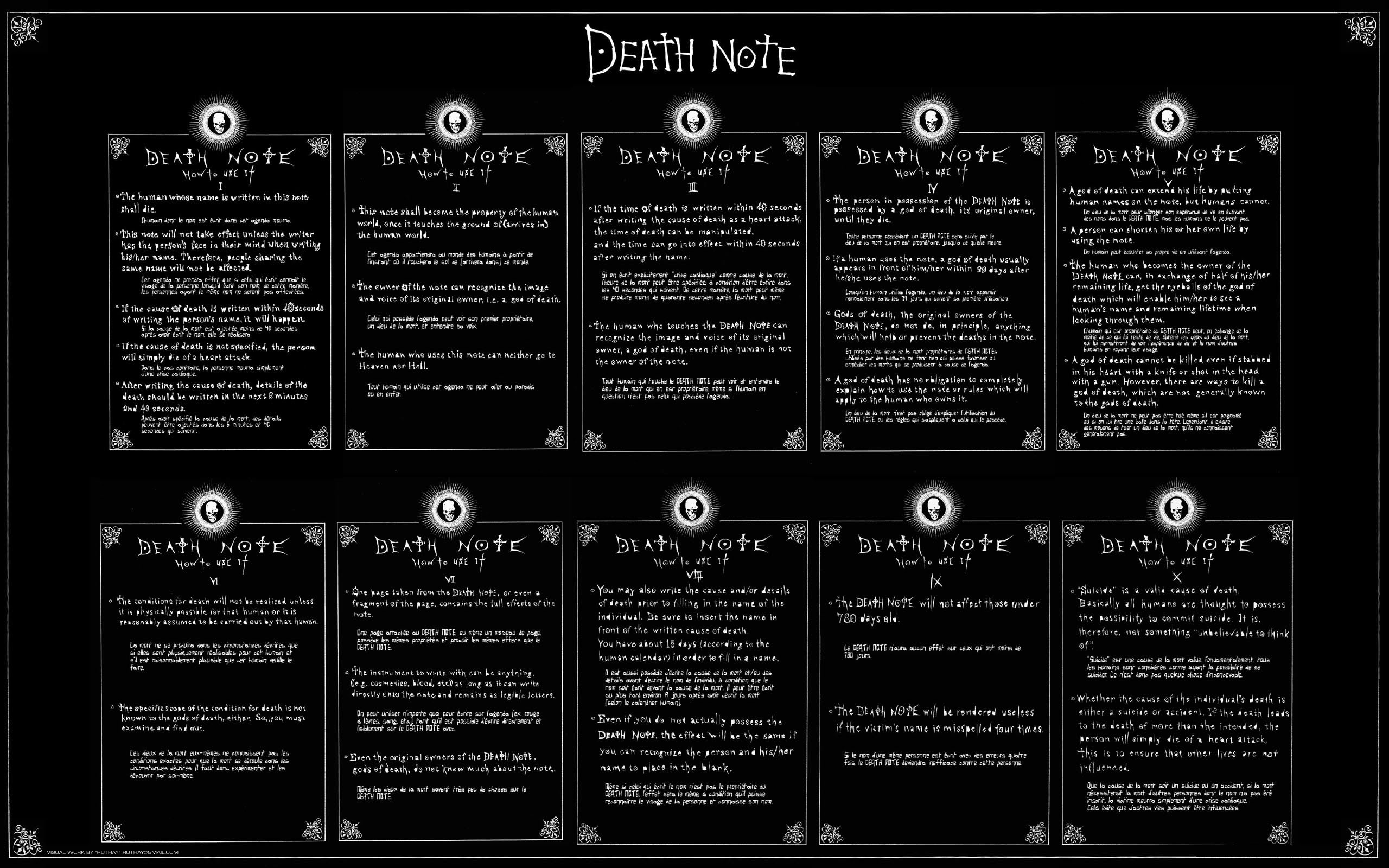 P.S.: Sorry for my bad english, I just saw your questions and I wanted to reply/respond.. Anyways, if you don't understand something, just tell me.. I will try to rectify that mistake.

One incident that I think is relevant to this question is (spoiler for those who haven’t seen it):

Kiichiro Osoreda is killed during the bus hijacking, however the written cause of death is simply "traffic accident"

Whilst this is entirely possible and likely on any road even without being written, the face that the written instructions are carried out (the realistic rule) implies that even in a minor way, the Death Note has exuded influence on a driver for a car to be there at the exact time, not swerve etc, and therefore accidentally cause a death.

Under this thinking, it would be entirely possible for Bob to be stabbed by his friend, either on purpose or accidentally, if in a situation where it COULD happen.

Whether the cause of the individual's death is either a suicide or accident, if the death leads to the death of more than the intended, the person will simply die of a heart attack. This is to ensure that other lives are not influenced.

makes things a bit tricky. Say Bob is stabbed accidentally, and the friend (Steve or whatever)'s life is influenced by this, either a jail term or depression that WOULD (hypothetically and assuming no further changes) lead to him committing suicide. This is a direct link, and therefore could be seen to cause 2 deaths, and as a result Bob would die of a heart attack.

4
Can the scenario for someone's death be written so that there is a possibility of other people dying?
2
Another question about the 23 day rule
9
Is someone who wrote his name in the Death Note allowed to make the eye deal?
8
How long can you manipulate a person with a Death Note?
3
How can a death note shorten the lifespan of others?
12
Will a person die when their name is written in the situation of death?
2
If a Death Note user specifies, along with the actual target, the name of a person whose face the user doesn't know, will that person live?