Did Hyung Min-woo Invent Temozarela, the Antagonist of the "Priest" Manhwa?

One of the interest plot constructs in the Priest (manhwa) series by Hyung Min-woo is the antagonist Temozarela.

He is summarized as:

Temozarela is an arch-angel who fought on God's side in the war against Lucifer. However, this war caused God to lose faith in the angels and prefer humanity instead.

Temozarela, bitter at this, took twelve angels to Earth to prove to God how flawed humans are. He set up a cult for the fallen angels which involved human sacrifice. However, this only made God angry and caused Temozarela to be banished to earth and imprisoned there. 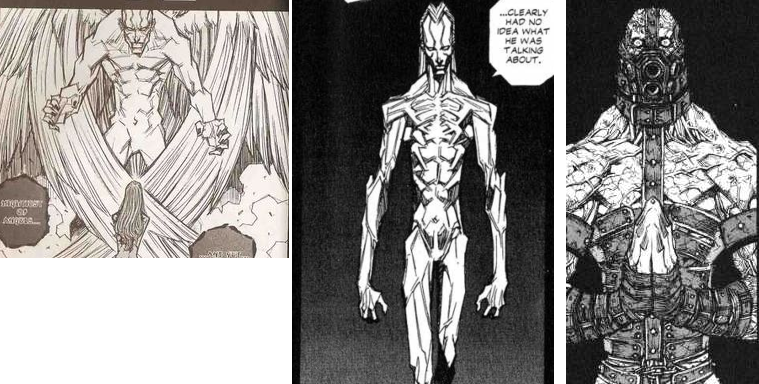 Left to Right: Temozarela as angel, human, and crippled human

Obviously there's some similarities to the whole angels parts of the Preacher comics, or various other fictional works, but all the similar ideas I found were still substantially different from Temozarela.

I did some Google searching as I was curious whether this character (Temozarela) was a wholly new creation of the author. I could find no prior source material, not under that name at least.

Does prior fictional or religious source material for Temozarela exist under the same name or alternate names?

Temozarela is based off of the dark god Tchernobog from the Monolith game Blood, which the author admits is his inspiration for the basic setting of priest.

Not the answer you're looking for? Browse other questions tagged symbolism priest or ask your own question.