In the story, some people refer to Mutsuki as him/her. Additionally, in the wiki, it stated that Mutsuki's gender is male, sex is female.

Here's my updated answer, with facts from the manga itself, since the manga has long been over and the answers here might still confuse someone, especially since the anime skipped some of the facts I'm about to present.

To start with, the difference between sex and gender is that the former is biological (male or female) and the latter 'can refer to either social roles based on the sex of the person (gender role) or personal identification of one's own gender based on an internal awareness (gender identity).'

Is Tooru Mutsuki male or female? Tooru Mutsuki is, biologically, a female. In the early part of the story she prefers to be identified as a male but later on, she seems to accept herself and her feelings as a girl.

Torso rips open her shirt inside his cab, revealing what her sex is immediately: 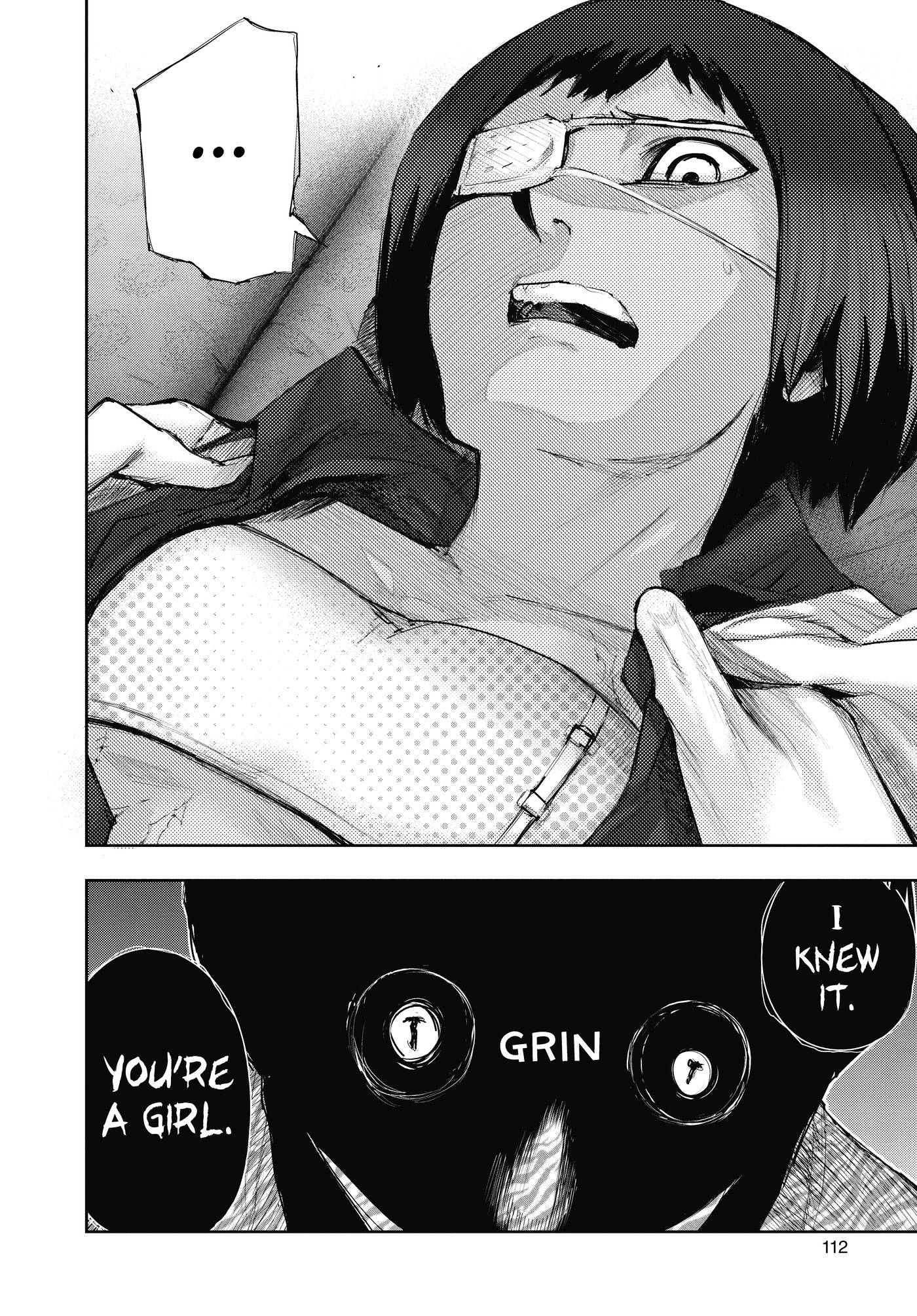 a flashback is shown where people from the CCG Academy Junior school is talking to her and she tells them that she does not want to be a girl and that from that moment on, she wants to be a guy.

it was revealed that she was constantly abused by her father, and it was hinted that his father may have sexually abused her since he focuses his gaze on Tooru's wet clothes: 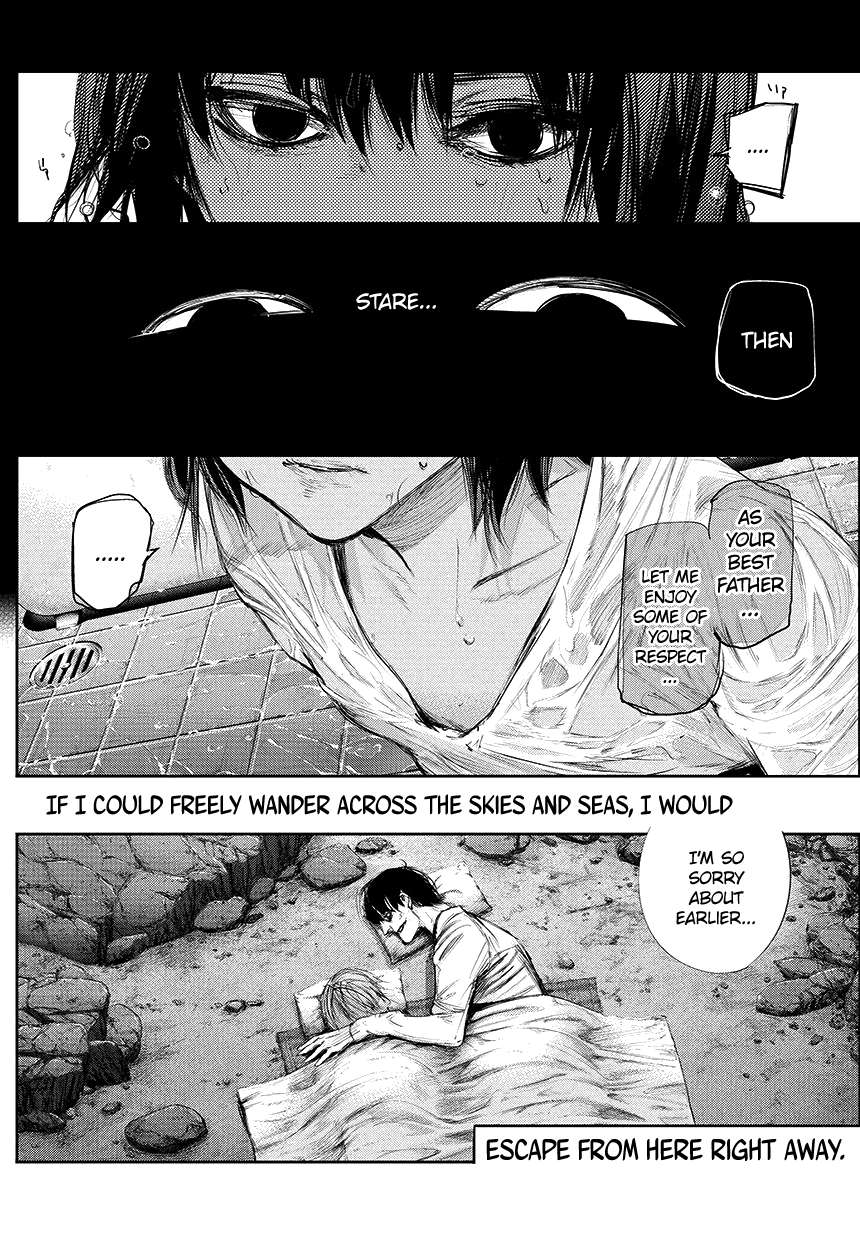 Toruu reveals to Saiko that she is a girl but Saiko remarked to herself that she already knows: 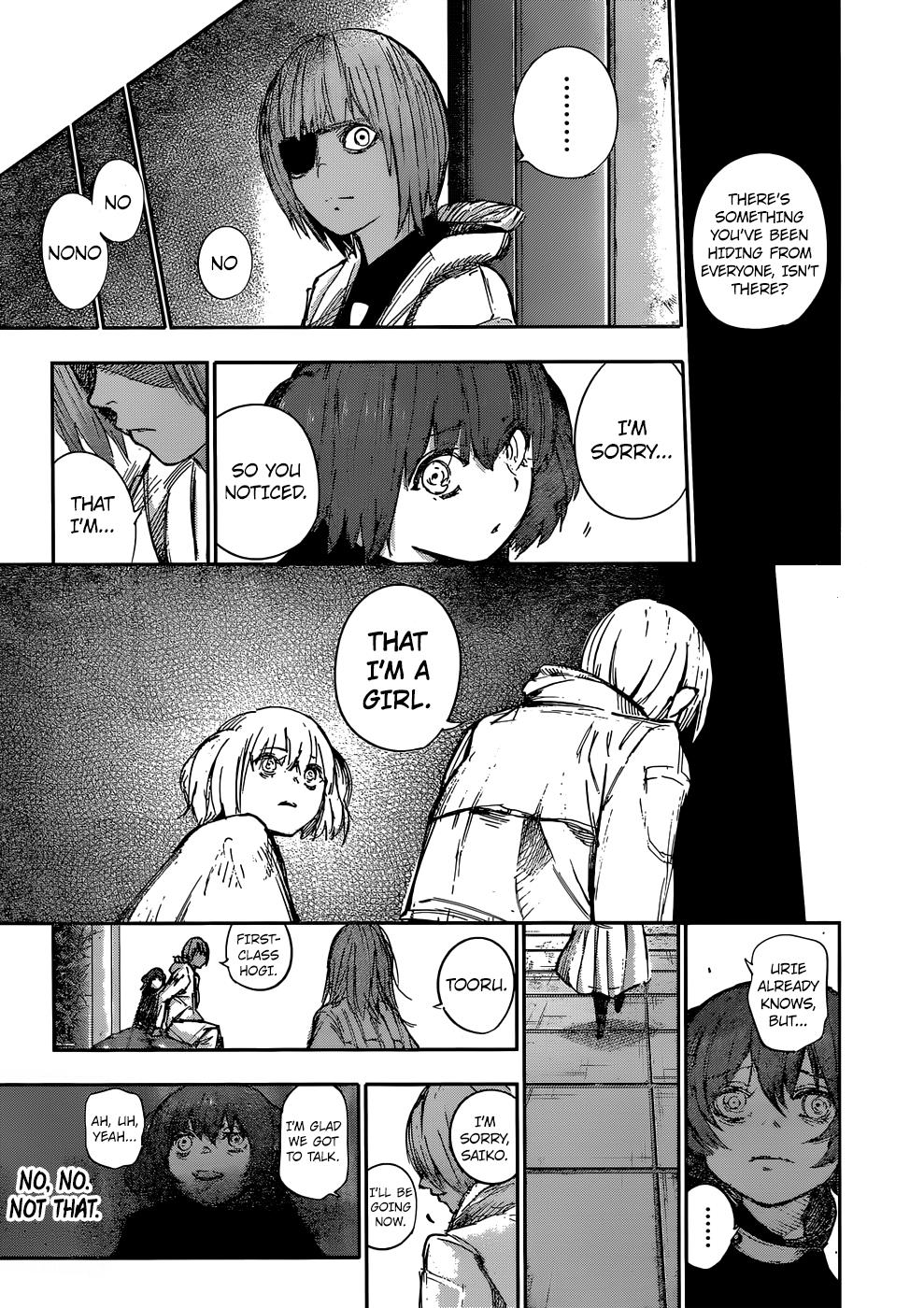 Tooru was seen naked as Sasaki walks in, implying that Haise knows that she's a girl but chose not to say anything about it to the squad: 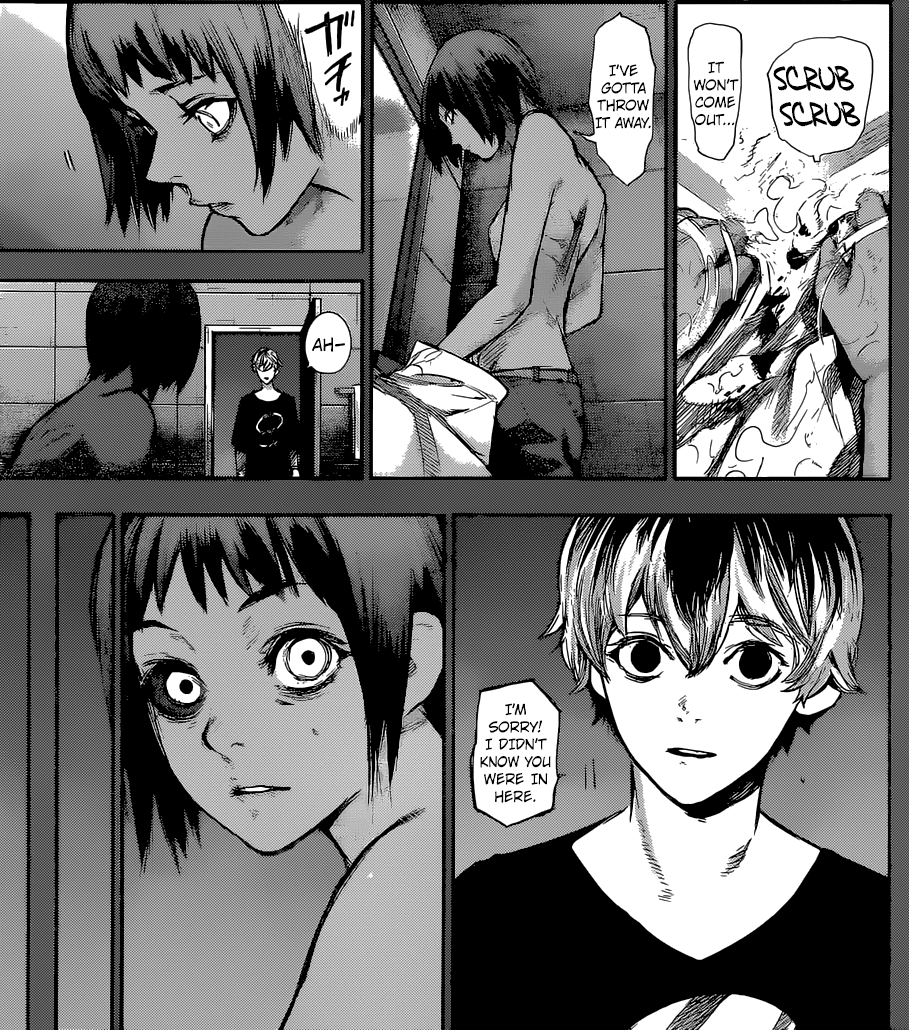 While she initially prefers to be identified as a guy, in the later part of the story, however:

after the Rushima Landing Operation and towards the end of the manga, she is more open towards her feelings and I think she accepts that she is a female. In Vol. 12 Chapter 126, she reveals to Urie that she loves Haise. And from the events that happen throughout the rest of the manga, it can seen that she is somewhat like a yandere, going so far as to want to kill Haise and Touka. One time, she was seen stripping down, getting on top of and embracing a corpse of someone representing as 'Haise' after killing it.

As to the last part of OP's post I can easily address that part.

Gender is the internal sexual identity of male/female/neither, while sex is the external bits you got at birth. So this character is one with some degree of gender dysphoria.

She is a girl as she doesn't see herself, nor think like a man: 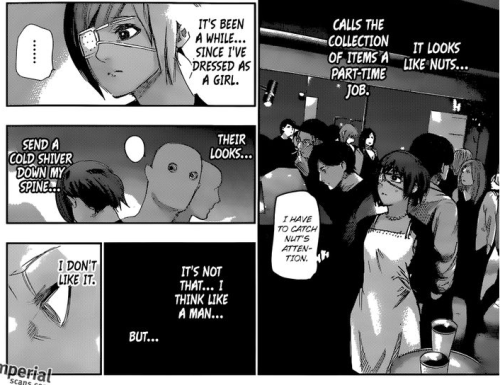 Though Ishida's planning for this character to be trans ended up limited to abuse rather than just gender dysphoria, Mutsuki has mentioned that he wants to be referred to as a man.

She is a girl, her past causes her to dress like a man. Though, in the second season of the Tokyo Ghoul:re will reveal the answer why she dressed like a man.