Why does Naruto have whisker marks?

Why does Naruto have whisker marks on his face? 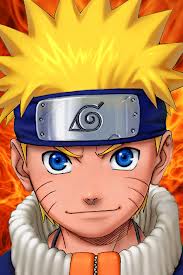 Does it have anything to do with the kyuubi inside him? Is it to signify that he is the host of the kyuubi or is it just a plain birthmark? Was it ever explained in the anime or manga?

They're not actually whiskers. They're whisker marks, just marks on his face that resemble whiskers.

Yes, this has to do with the kyuubi. When Naruto was influenced by Kurama prior to birth, he gained the whisker marks:

Naruto's most prominent physical characteristics, however, are the whisker marks on his face that he gained from Kurama's influence on him while he was in Kushina's womb.

The reason Naruto's mother did not have them is because these are as a result of prolonged exposure (being in the womb) rather than the beast simply being sealed within the host.

Both of Naruto's kids, Bolt and Himawari, have two whisker marks on each cheek, neither of them is a Jinchuuriki but both are the children of Kurama's Jinchuuriki, which implies that this is an inherited trait.

Naruto got the whisker marks from the nine-tailed fox while he was in his mom's uterus because they were both inside her at the same time and while naruto was in her uterus, the nine-tails probably had a little of his power given to Naruto.

However, there are popular fan theories, like the other answers people have given here, for example. Due to the fact that the only explanations so far have been fandom speculation, the wiki citation given in one of the other answers has since been removed from his wiki page for lack of confirmation or sources to back it up, if that clears up any confusion.

15
Why does Gaara still have dark circles around his eyes?
7
Why Does Boruto and Himawari Have one less Whisker mark than Naruto?

55
What happens when Naruto is talking to the Kyuubi?
5
Why didn't people of the Leaf Village want to get closer to Naruto if he is the son of the 4th Hokage?
6
Is there any jutsu that Naruto won't be able to master without the Kyuubi?
10
How did the villagers know about Naruto being the Kyuubi's jinchuriki?
4
Why did Kurama keep helping Naruto?
3
Why aren't Kyuubi and Naruto real allies?
12
Why didn't Kakashi take care of Naruto?
1
How does Orochimaru exist in all of his curse marks
5
Where does the Kyuubi inside Naruto exist?