Why did Colonel Mustang lose his sense of sight and not his arm or body?

In Fullmetal Alchemist, when an alchemist performs human transmutation, they lose a part of their body. What determines the body part an alchemist loses?

The Truth is a cruel, cruel thing. It takes away the part of the body that "fits" the person best, to provide the cruelest irony.

When Father is speaking to the sacrifices, he says why each one (less Hohenheim) lost what they did. Edward lost his ability to stand on his own; Alphonse lost his only way to feel warmth; Izumi could no longer bear children after trying to bring back her own. (Edward's also fits nicely with the phrase, "I would give an arm and a leg to ...")

Unlike the others, Mustang is somewhat more metaphorical. Mustang had his sights set on being Führer, and so he lost his ability to see. 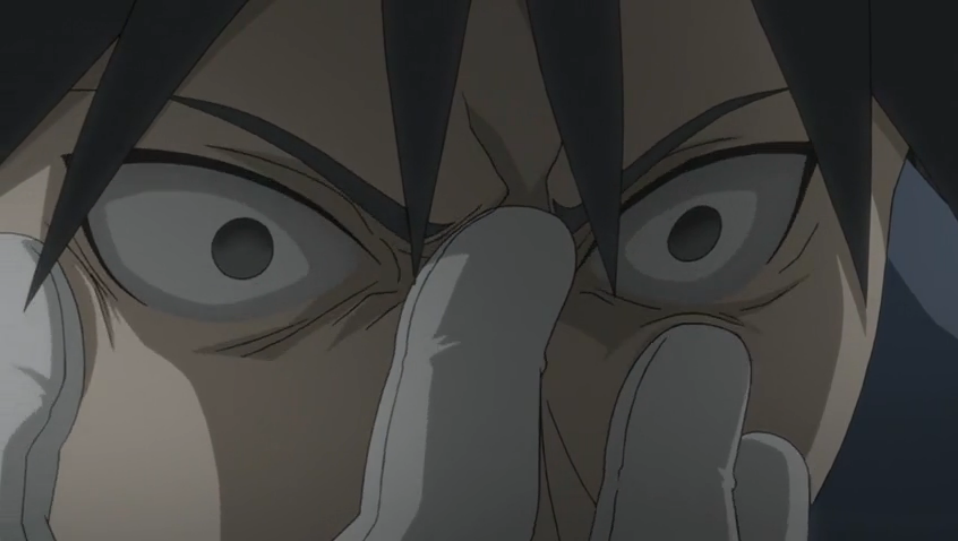 Here is the quote in full:

The Truth can be such a cruel thing. The two brothers who wanted to feel their mother's warmth once more: Their attempt to bring the dead back to life cost one of them the leg on which he stood, as well as the only family he had left. The other lost his entire body to have it replaced by a suit of armor that could feel nothing. The woman who sought to bring back her only baby was given a body that would never again bear children. And then, the man who looked to change his nation had his eyesight taken from him, and now he can no longer see his future. Humans who would dare to play God must pay a steep price for their arrogance.

Also, Truth’s punishment of Mustang is much more merciful than what he typically dishes out to people who perform human transmutation. Normally, Truth takes something physical outright from whoever breaks the rule regarding human transmutation (Ed’s leg, Izumi’s organs, Alphonse’s body, etc). Since Mustang was forced to open the gate rather than doing it on his own accord, Truth merely took one of his senses with the full knowledge that it could (and would) be fully restored in the future rather than outright take Mustang’s eyes.

26
Who the hell is Truth?
10
When Edward and Alphonse try to transmute their mother, how come they didn't gain anything?

18
What are the transmutation circles in Fullmetal Alchemist based on, if anything?
5
How Edward managed to escape from Gluttony?
6
How does Mustang fight in the end of Fullmetal Alchemist with injured hands?
7
Why did Julia lose her leg?
7
Who was King Bradley supposed to be?
3
What makes the mannequins different from the results of the sacrifices' human transmutation attempts?
9
What happens if too much is given during a transmutation?
8
Why did Alphonse lose everything?
3
In the OVA "The Blind Alchemist", how come the subject of human transmutation live so long?
0
Can knowledge from the Gate of Truth be passed down?