How does Near prove that Light is Kira by seeing Kiyomi's name in Teru's death note?

Both Teru Mikami and Light Yagami write Kiyomi's name in their death notes the only difference being the time of death they specify. But in what way does this help Near to prove that Light is Kira? 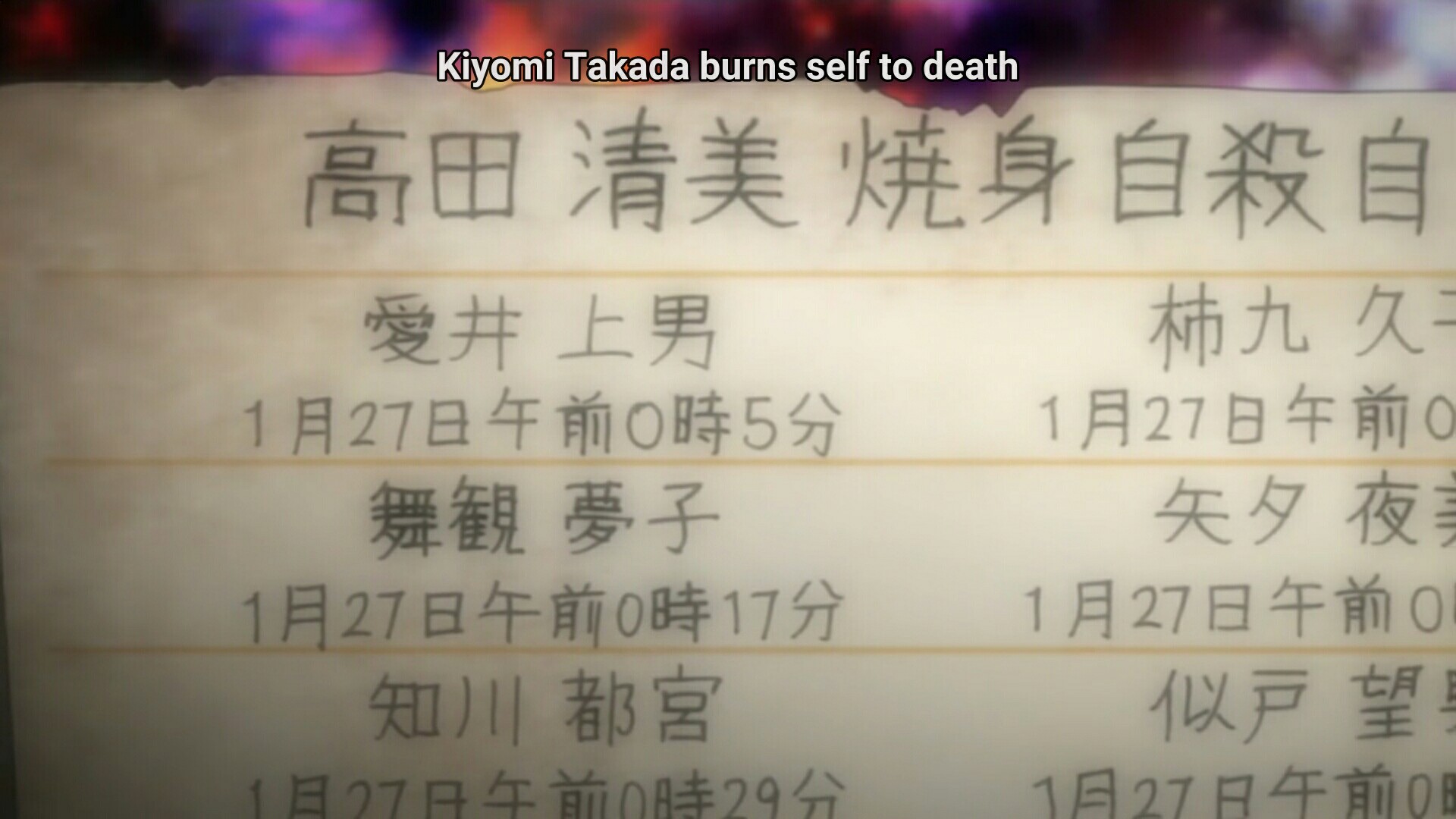 This was a page from Teru Mikami's death note shown by Near to Light.

Does Near identify that Kiyomi died a minute earlier than the time specified by Teru?

Showing Kiyomi's name written in the notebook doesn't help Near proves that Light is Kira. Instead, it helps Near explains how he win by realizing the possibility of a fake notebook, which he previously not realize and would have lead to Light's win.

Here is the conversation on Anime:

Near: "On the 26th, after the report featuring Takada's kidnapping, Mikami headed for the bank."

Gevanni: "According to my investigation, Mikami only goes to the bank on the 25th of every month. For someone as punctual as Teru, going to the bank twice in two days is pretty unusual. I followed him as he headed for the deposit box. I was able to get into the deposit box, and inside, was the real notebook, with Takada's name written in it."

Near: "Even though you could kill someone with a piece of the note, you weren't aware that Mikami had done something on his own. It was then that I realized the possibility of a fake notebook."

P.S.: The detailed (i.e., time specified) written by Light and Teru doesn't matter here since both match with how Kiyomi died.

Fact 5: First Kira was a student.

Fact 7: Light lived in Kanto area and was a student when Kira first surfaced.

Fact 8: The Kiras are working together.

Was Light Kira? Possibly yes considering the facts above.

Is it definite that Light was Kira? No. It could have been another student and it was Mikami who wrote the Kiyomi's name (IIRC piece of death note Light used to write Kiyomi's name was never discovered).

Fact 10: Light's name is the only one not written on the Death Note by Mikami Teru.

So, it's not directly because Takada Kiyomi's name is in Teru's Death Note. It's because Mikami called Light "God" and Light's name being the only one not written in the Death Note.

Kiyomi is forced to commit suicide by fire (presumably using the fuel in Mello's motorcycle and equipment), burning herself, Mello's body, her belongings, and everything around her.

This is exactly like what was written by Mikami Teru in Death Note hold. This means that Mikami Teru has the same power as Kira and can be considered as one. Whether Light wrote Kiyomi's name in his own Death Note or not does not matter, because it is impossible to determine time of death down to the minutes unless you are there at the scene.

However, it is utterly impossible to fix the exact hour and minute that life ceased unless you were there at the moment of death.

What matters is that Mikami Teru wrote Kiyomi's death and cause of death and it conforms to the her death. Mikami also write down the names of those in the warehouse, all except Light's name. Why would a Kira let one person stay alive? Because that one person is also a Kira, which is confirmed by Mikami calling Light "God"

In actual Light have killed Kiyomi. For reference, http://deathnote.wikia.com/wiki/Kiyomi_Takada

"After killing Mello with the piece of the Death Note, her name is written into the Death Note by Light, using a piece hidden in his watch."

Also if you want to know to know exactly how near got to know about kira you can take a look at , How did N come to the conclusion that Light Yagami was Kira?

However from this Near didn't proved that Light is Kira. It was just to make Light realize where the things went wrong. It was because this mistake that the Near's officer get to follow Teru and end up obtaining the death note and from there everything went to south for Kira.

8
How did N come to the conclusion that Light Yagami was Kira?

43
Why does the Death Note never run out of pages?
14
Why is there an entire Death Note if only one page is enough?
1
Does Near want to use the death note for himself?
5
How would you write Light Yagami's name in the Death Note?
8
How did N come to the conclusion that Light Yagami was Kira?
7
How was Light able to maintain his academic performance?
1
How did Mello know how to help Near in Death Note?
2
Why did Teru Mikami confirm Death Note's validity by examining the pages with a microscope?
14
Is Ryuk required to write Misa's name in his Death Note at the end of her life?
5
Did Minoru die because of the Death Notes' new rule or because Ryuk wrote his name in a Death Note?