How did Light know that Hideki Ryuga is the real L?

While watching the Death Note anime, I noticed that there was one incident when Hideki Ryuga told Light that he is the real L. Well, at that time Light was not sure if he was the real L because he thought that it might be a trap from the real L to catch him.

So my question is: how he was able to deduce that Hideki Ryuga is the real L and not a fake?

His father confirmed it.

L when tells Light his real identity, he made it in such a way that Light couldn't kill him.

But he plays L's game and finally ends up in the HQ of L's team where his father confirms he is the real L. Later when L realizes about the Shinigami eyes, he tells Light that he has made arrangements with his Father that if he dies in the next few days that Light is Kira.

Thus he didn't get a chance to kill L until he was able to manipulate Rem.

EDIT: Found the source. Light's father confirms this in hospital in Manga Chapter 22. Here is the screenshot. 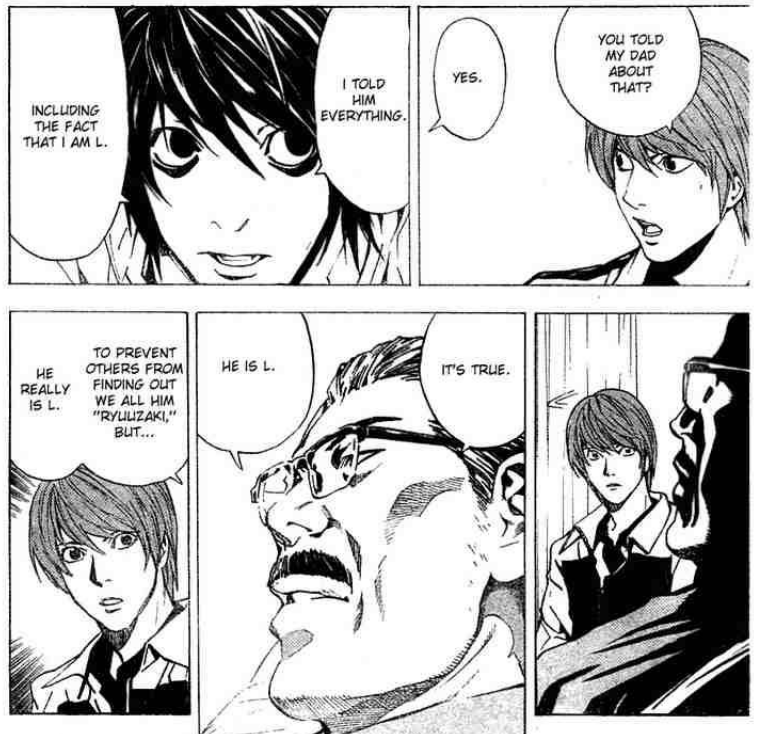 3
When did L switch the 2nd Death Note in "The Last Name"?
6
In Death Note, what happens to Light Yagami after he dies?
15
Did Light Actually Like L (in a friendship way)?
8
How did N come to the conclusion that Light Yagami was Kira?
7
Questions about nationalities and languages in Death Note
7
How was Light able to maintain his academic performance?
1
How did Mello know how to help Near in Death Note?
1
How did Light went unnoticed by his dad?
3
What would Light Turner's "Conditional" Entry in the Death Note actually do with the canon rules
3
Is Light's insanity influenced by the Death Note, or did he make himself become that way?