Any more HxH stories or episodes out there?

I've watched all 148 episodes of the Hunter x Hunter anime, and even the movie "The Last Mission." Now I want to know if there is anything else to watch? Are there any more movies, or maybe some new episodes coming out?

Update: As The Pickle Tickler mentions, "it has been announced that the manga is getting a continuation in 2016, as stated here." 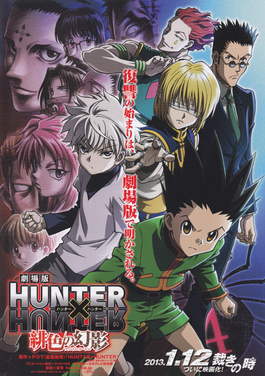 17
What manga chapter does the Hunter x Hunter 2011 anime end on?

4
Is there any reference which confirms that Meruem is much more powerful than Hisoka?
2
Is there more than one World Tree in the "known" world?
16
Who is the biological mother of Gon?
3
Is there any news about Hunter x Hunter since March 2016?
1
Song that plays during episodes previews of Hunter x Hunter
7
How did Alluka Zoldyck obtain her powers?
7
Why didn't Netero call the more powerful adventurers for help in Chimera Ant arc?