What does the piece of paper in chapter 222 say?

On the fourth page of Nisekoi chapter 222, there is a page that shows a stick figure drawing of a girl and boy together in the middle with other girls on top and it's in Japanese. 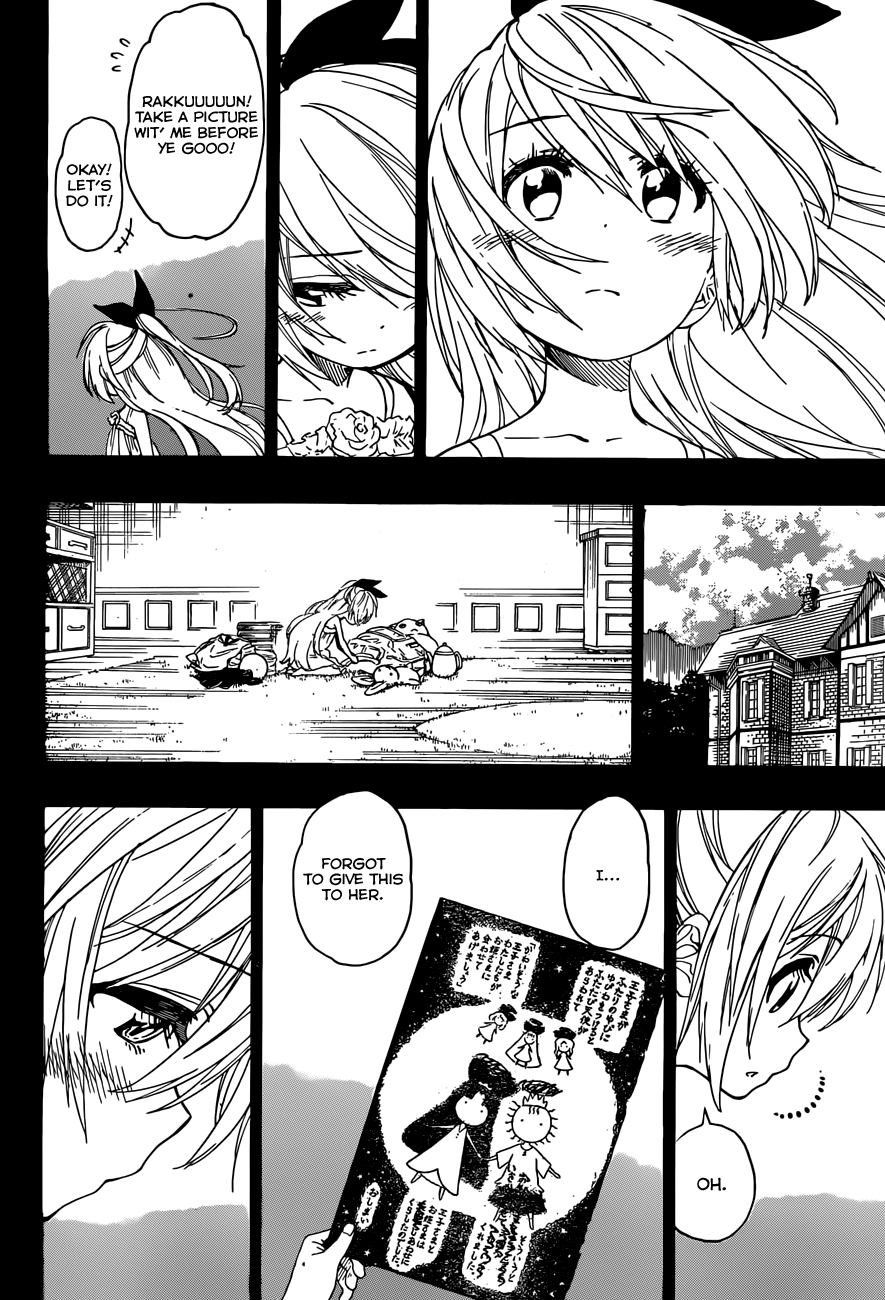 What does it say and is it important to the Nisekoi story line?

The prince puts the ring on their fingers, then two angels appeared.

Angel: "Poor prince, let's reunite him with the princess."

Raku (MC) made some changes and it is now like this: Then, the princess was revived by the angels. The prince and the princess lived happily ever after.

The translation might be a bit different because I translated it myself, but that is what it says and it's the last page of the drawing book. It made Chitoge and Kosaki remember their past. This is shown in the rest of chapters 220 and 221.

Not the answer you're looking for? Browse other questions tagged nisekoi or ask your own question.