What is causing Kirito's eyes to change colour?

In Sword Art Online, there are a number of times Kirito's eye colour changes. Originally in SAO and ALO, his eyes were kinda a grey colour: 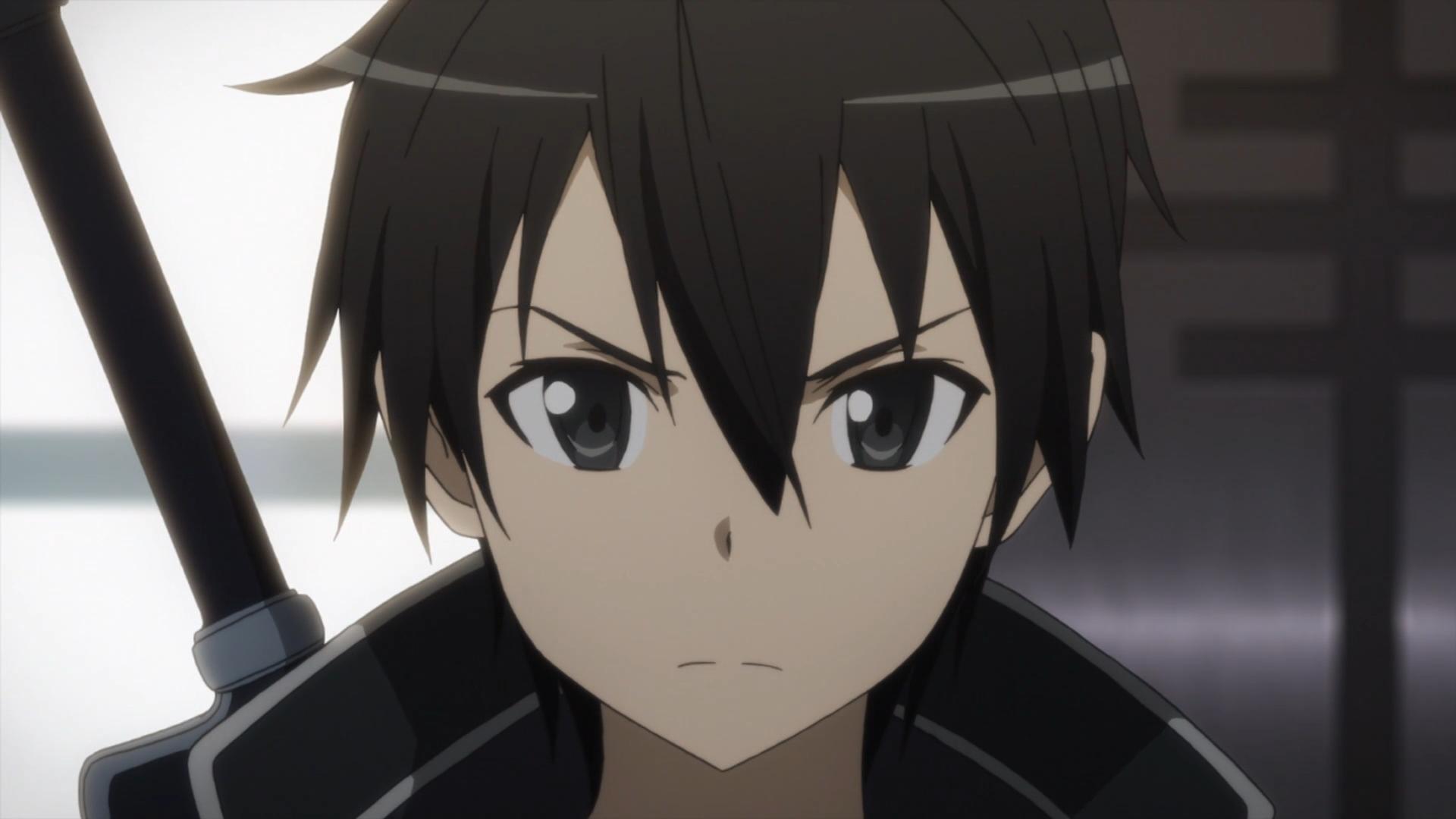 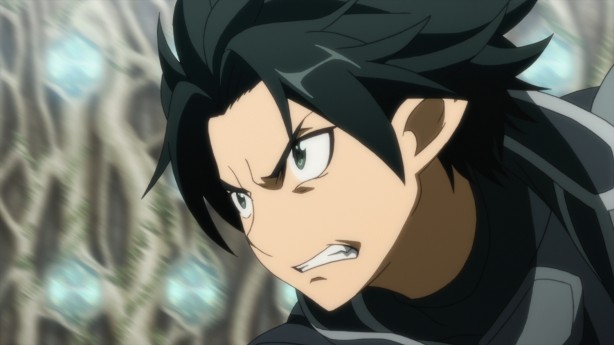 When Kirito is killed by Heathcliff though, his eyes go golden when he comes back to life: 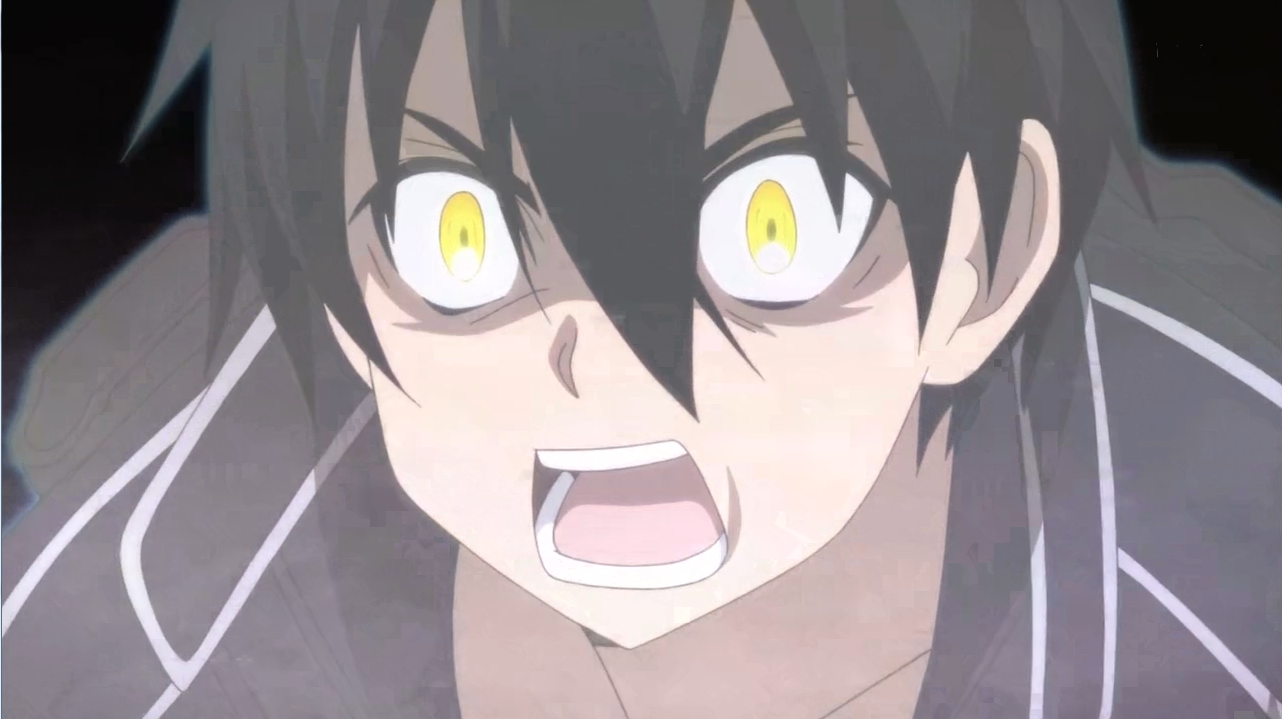 Now, I could just assume the eye colour change was a sign of him surpassing the system with his will (as acknowledged by Kayaba).

However, in episode 22 of season 1, when his HP is going down after being impaled by a Guardian's sword, as he is struggling to reach the door inside the World Tree, before he dies, his eye colour has changed. It also changes again during the Raid Battle in the World Tree when he produces that attack which allows him to breach the wall of Guardians. In these two instances, I don't see how his will is surpassing.

Considering also that his Avatar Data at this time was the SAO Data which was made to look like him, what is causing Kirito's eyes to change colour?

From what I have gathered, I couldn't find any information of why his eye color changed, but from what I can see, the most likely reason is as you said, his will was strong enough to surpass the system. The reason probably is of course Asuna.

From the three cases that you have mentioned in your question, Asuna was involved in all of them:

We don't see his eye turn when he fights Oberon. Why? I don't think it's that he's pissed or pushing his limits. It's also only in the virtual world. When he fights Suguo, it doesn't happen. So why?

Well, we get a hint that the server to SAO is similar to Alfheim. GGO would be the same with stats and such. We saw him say he deleted his stats but not skills. Yui also explained the seed uses the cardinal system, meaning GGO included. This means that he has dual wield and everything else skills related. I think his golden or yellow eyes are a skill he learned after beating gleam eyes. He never had them until after that battle. Maybe he obtained it on a mission.

It usually happens when he's willing to do the extreme:

It's mentioned by him in the Extra (1-hour special that takes place between SAO and SAO2), but I don't remember exactly what he says though. It also happens in the movie, Sword Art Online: Ordinal Scale at the end.

It's when his system-overriding willpower thing is active apparently. It doesn't necessarily mean he's angry, like during the Ordinal Scale movie. Maybe it's something intrinsic to Kirito or something. Something in his brain or something supernatural.

My theory about it is that he has the willpower to surpass the system. In reality, nobody knows if his eyes turn amber.

What I've realized is that anime characters such as Kirito and Mikado (Durarara!! and Durarara!!x2) both have grey eyes. When their anger builds up, they let it out.

So basically what I'm trying to say is that he has so much willpower, commitment, and strength that causes his eyes to turn a different color. (Amber; a shade of gold)

It's because he gets mad. When his eyes turn gold, it means that he is angry.

So, my thought is that golden eyes mean he is pissed or angry.

8
How/When did Liz learn about Kirito's Duel Wield?
3
Why did Kirito's coat change during Christmas?
9
How did Kirito's Illusion actually kill?
17
What is Kirito's relationship with the girls of SAO?
13
Kirito's "light-saber" versus bullets
2
Change of final bosses in SAO Season 1 and Ordinal Scale
5
What is the correct chronology in Sword Art Online what light novel and manga volumes?
6
What was Kirito's actual family name?
2
What happened to Kirito's healing every 10 sec when he battled Heathcliff?