How does Fate/Kaleid Liner Prisma connect to the Fate universe?

I want to know how this anime is connected to the Fate universe. I see Rin in a few trailers of the show. Also is it up to expectations with Fate/Stay Night and Fate/Zero?

The series takes place in Fuyuki City in an alternate timeline of Fate/stay night. Kiritsugu and Irisviel helped end the Holy Grail War ritual before it could start, sealing Ilya's memories away and allowing her to grow up as a normal girl. Shirou and Ilya live a peaceful life as brother and sister, without knowledge of magic, under the care of Sella and Leysritt, while their parents are abroad.

It is unknown what happened to his biological parents, as the Great Fire had never occurred, but he was still adopted by Kiritsugu about ten years ago, similar to his Fate/stay night origins.

however multiple timelines that are still connected is possible in the Nasuverse as Kischur Zelretch Schweinorg wield the Second Magic which is the Operation of Parallel worlds. he was also present when the Makiri, Tohsaka and Einzbern Family began the ritual that would later be known as the Holy Grail Wars 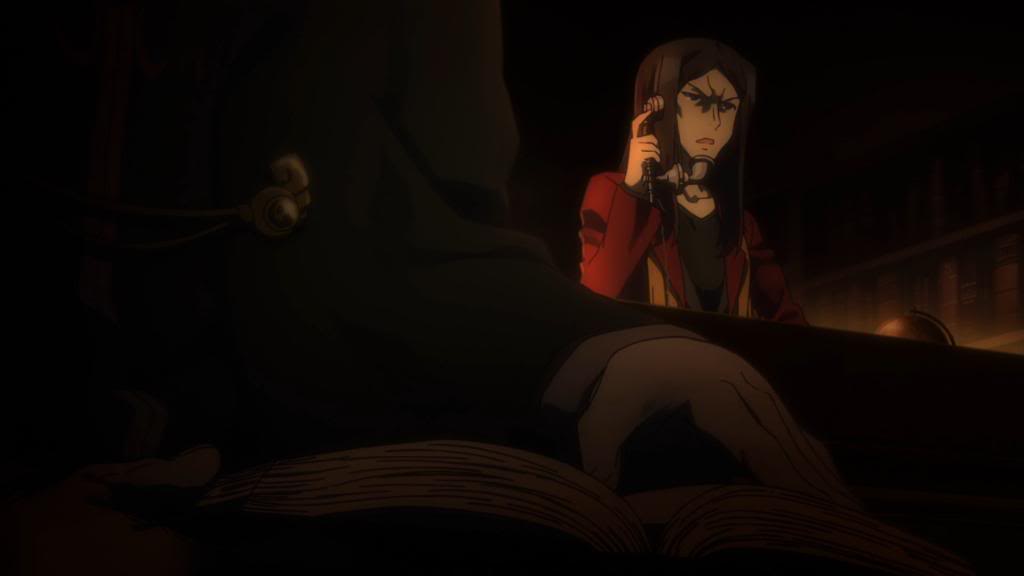 In the image above we can see Zelretch reading a book and Lord El-Melloi II, AKA, Waver Velvet from Fate/Zero and like Shirou how he got the title of Lord El-Melloi II in this world is unknown as it was during Fate/Zero in which Kayneth El-Melloi Archibald was killed and Waver helped restore the House's name to which his new name was award to him and where he "serves" Reines El-Melloi Archisorte

While it was on the brink of collapse, Waver Velvet's actions helped to revive the Archibald house, and he was then named as "Lord El-Melloi II" as a form of gratitude. At the bottom of the family's hierarchy at the time, she "blamed" him for causing the situation and claimed "you better serve me for your entire life," much to the former's chagrin.

However some titles in the Nausverse do extend from other branches in it's history that aren't covered in other Fate titles, such as with Fate/Apocrypha which occurs in a separate timeline caused by the Einzbern Family summoning Ruler during the 3rd Holy Grail War instead of Avenger or in Fate/Extra in which a certain Magic Incident (assumed to be a premature Aylesbury Valesti) cause the world's Mana to dry up in the 1970's, years before the forth Holy Grail War in the 1990's (and thus the Greater Grail would take longer to build up Mana for the 4th war if it even occurred)

with that being said the point in the history of the Nasuverse in which could allow for the alterations to Shirou's and Waver's history in Fate/kaleid liner PRISMA☆ILLYA without the 4th war occurring is currently unknown.

NOTE: apologies for the lack on anchor links however Wikia's Ad overload has made the site impossible for me to browse with javascript enabled

Not the answer you're looking for? Browse other questions tagged fate-stay-night fate-kaleid-liner-prisma-illya or ask your own question.

8
Who exactly is Archer from the Unlimited Blade Works movie?
7
Are all of the Holy Grail War servants based on real heroes?
14
What, exactly, is "Fate/stay night" supposed to mean?
44
What is the viewing order of Fate-related works?
3
Regarding Shirou and Kiritsugu's attempt to destroy the grail
9
Is it possible for one Master to have multiple Servants?
3
Who is the main character in Fate/stay night Unlimited Blade Works?
7
Do the class cards physically exist in the main Fate universe?
6
Did Archer notice who Rin was when she first summoned him in Unlimited Blade Works?