Doujinshi, as defined on Wikipedia, are self-published works. While not all doujinshi are derived from other manga, they mostly are, like the many Touhou and Naruto doujins. The works that they are derived from are mainly those with copyrights, meaning that the characters depicted in those original works are also protected and thus cannot be used without consent of the copyright holders. However, as we can see from Yuru Yuri, Oreimo and the Comiket in real life, doujinshi are sold in Comiket. When they are derived from other works and sold, it means that their use is for commercial purpose, which would be very likely prohibited by the copyright holders. Yet, they keep selling doujinshi in every Comiket and the police ain't doing anything about it.

To understand the Japanese law, you need to learn the idea of "Antragsdelikt" (親告罪, shinkokuzai). This means if copyright holder doesn't complain about the doujinshi, it's not illegal.

Some mangas like UQ Holder! or Knights of Sidonia" were marked explicitly to allow doujinshi. 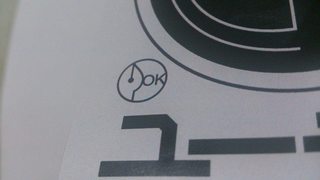 Many 18+ game makers like Key, Alice or Nitroplus have explicit permit to create doujinshi based on their game. In this case, doujinshi is totally legal.

The future of doujinshi is not clear. If Japan join to the TPP, it will enforce US style copyright system to Japan. Many doujinshi authors are afraid that it means the end of doujinshi world.

Not the answer you're looking for? Browse other questions tagged manga-production copyright doujinshi or ask your own question.