How large is Dorj the cat?

In Little Busters, Dorj (ドルジ) is a very fat cat with tiny paws. 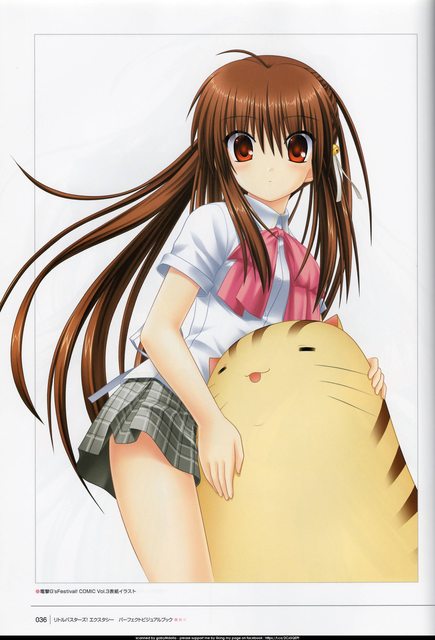 But there seems to be some discrepancy about how large Dorj really is. Some sources place him at around half Rin's size (as seen above), but sometimes he's much larger.

Does Dorj have an official size? If not, at what size does most official material (figures, promotions, etc.) place him?

According to this page, Dorj is as large as a seal. 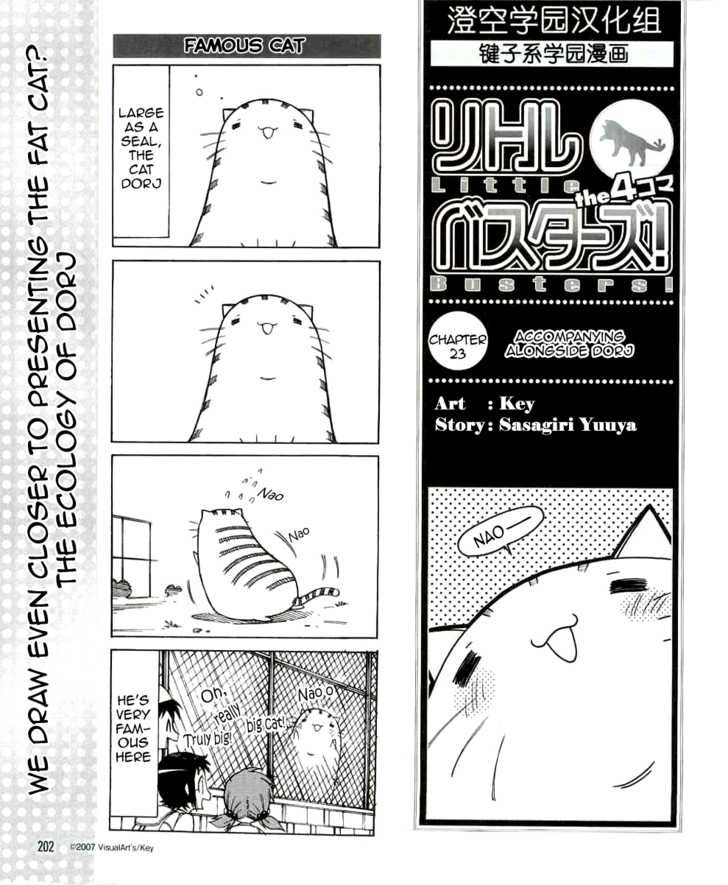 In this picture, he appears to be about twice the size of the children. This page also describes him as being like a seal, as does this page.

Various images of him show him in varying sizes, so there doesn't seem to be one set size, though he is always described as large. (Ex. 1, Ex. 2, Ex. 3)

These are action figures of of the characters giving one version of the relative size: 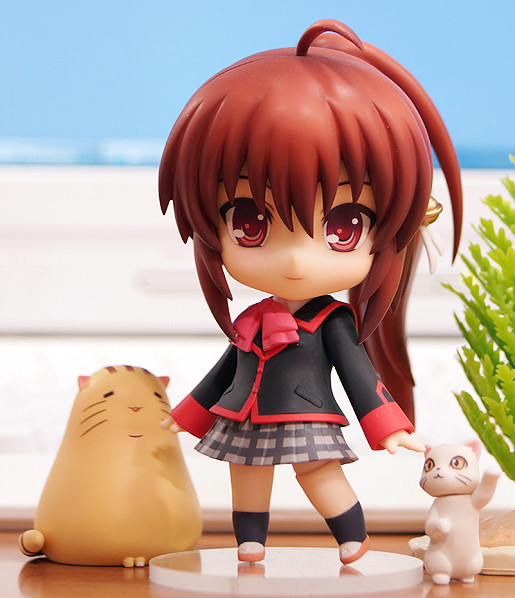 In the picture, Dorj is about half the size of Rin's body, but her head is disproportionately large and this may not be canon in terms of proportions, so it is difficult to tell.

As a whole, half the size of Rin seems to be a reasonable estimate, but there doesn't seem to be an official size beyond "large" and, sometimes, "large as a seal".

Not the answer you're looking for? Browse other questions tagged little-busters or ask your own question.

7
What is the “secret of this world” that the mysterious letters to Rin refer to?
7
When does Kud Wafter fit into the story?
3
How did paradox work in Kurugaya's route?
8
Why does Rin have cat-ears?
3
How exactly was Kyousuke able to defeat Kengo's father in a kendo match?
2
What happened in episode 11 of the Little Busters Refrain anime?