Do we know the timing of all of the events in the anime?

To the best of my knowledge, in the Joker Game anime, we are not consistently given information about when the different events shown occur. I do know the following:

We also see a character in "Coffin" comment that a behind-the-scenes three-way alliance between Japan, Germany, and Italy has been formed. This restricts the possible dates of the main events of that episode, but I still do not have anything narrow enough for want of sufficient historical knowledge.

I am left without knowing when "City of Temptation", "Pursuit", "Codename: Cerberus", and "Coffin" take place. (It is obvious, for instance, that "City of Temptation" takes place when Shanghai was occupied by the Japanese, but the resulting timeframe is still rather large.) Is there any official information on when the various events happen? If not, can we make any inferences (based on details we see, or details in other adaptations of the same material) to make educated guesses?

the chronological order of the episodes goes as follows:

Image from the official website of the anime : http://jokergame.jp/story/ 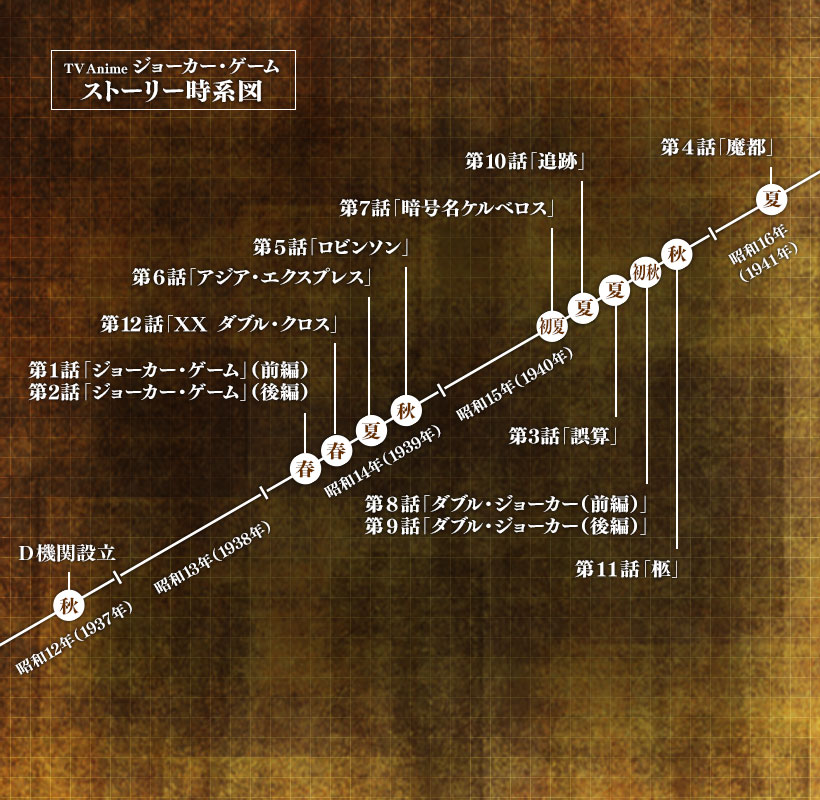 Not the answer you're looking for? Browse other questions tagged joker-game or ask your own question.