Why does Neptune give Broccoli the nickname Puchiko?

In other anime some characters get nicknames like in Yuru Yuri Akari = Akarin and in WataMote Tomoko = Mokochii.

I can understand how these names get created but in Hyperdimension Neptunia Neptune calls Broccoli Puchiko. where does Puchiko come from?

Like other character's Broccoli's name is from that of the company she represents, in this case Broccoli

her nickname, Puchiko actually comes from another of Broccoli's works called Di Gi Charat, from the Wikipedia Article on Broccoli

Broccoli is well known for the Di Gi Charat franchise and series.

in Di Gi Charat there is a character called Puchiko

Petit Charat (Puchiko, プチ・キャラット), is Dejiko's little half-sister and is a catgirl.

there is also character called Gema. looking at Puchiko and Gema from Di Gi Charat and Broccoli from Neptunia they look similar 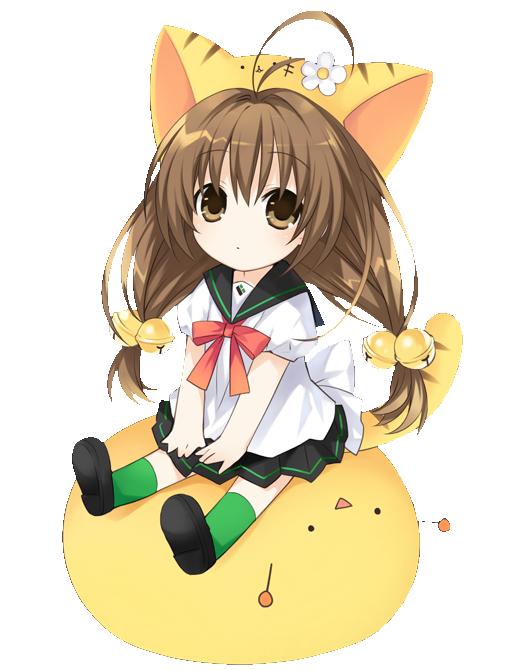 As you can see both Puchiko and Broccoli look very similar both having the same hairstyle, hat and being catgirls. also Broccoli's weapon Gema (seen under her) looks the exact same as Gema from Di Gi Charat

A little girl first appearing in Victory. In Re;Birth 1, she can join Neptune's party near the end of the game. She represents Broccoli.

At the beginning of the story it is explained that Puchiko, also known as Capuccino, is Dejiko's five-year-old sidekick and is a catgirl.

So Neptune's nickname for Broccoli, Puchiko, is actually a throw back to a character in Di Gi Charat which was made by the company Broccoli

10
What was the terrible artwork on the flyer in episode 1?
1
Who is Macaroon?
5
Is there any correlation between the CPU and CPU candidates' oppai sizes like there is with KanColle?
19
What are the real-life origins of CPU and CPU Candidates?
8
How different is the story of the Hyperdimensional Neptunia remake?
2
In what order do the Hyperdimension Neptunia games go (including the animation)?
0
How exactly were the brothers tortured?
1
What is the connection between Cave being nimble and nothing being able to touch her “hitbox”?