What are the 2003 Wendy's Promotional Pokémon Toys?

On Bulbapedia, there is an article about 2003 Wendy's promotional Pokémon toys. It currently says:

The 2003 Wendy's promotional Pokémon toys were a set of five toys distributed with Kids Meals at Wendy's in May of 2003. Each toy also came with one of fifteen cards.

It also links to a missing video by a user (TheMasterGamerify) who is no longer on YouTube.

How long did this campaign run? What were these toys, and what were the fifteen cards available?

This link seems to document all the toys and cards. There were 5 toys. These were a Pikachu keychain, Pikachu Clock, Charizard Treasure Box, Kecleon Keychain, and a Celebi compass (though the image has Torchic). Here's images of all five:

According to this site, the promotion began May 19th 2003, and very likely lasted 5 weeks. I haven't been able to find a more definitive confirmation of that.

Here's the promotional image used at the time to advertise the event (from the same link with the dates):

As for why the compass is called a Celebi compass, it really did have a Celebi design. The back of the case had a Celebi on it: 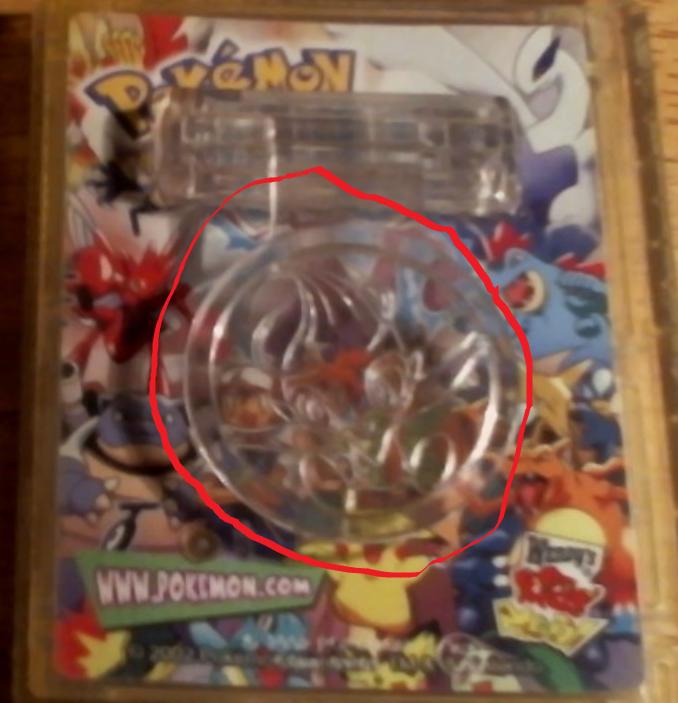 (image taken from this Ebay auction. Thanks to Krazer for finding it.)

It seems that you could put the Lugia, Torchic, and Kecleon trading cards from the promotion into it, and perhaps others. The above image has the back of the Lugia card. Here's a different version with the front of the Lugia card. 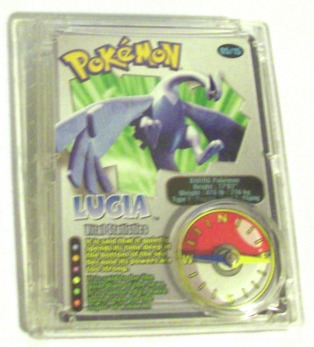 (taken from this Lugia collection)

The Pikachu clock could hold a card as well, though I don't think it really did anything with it the same way the compass worked with those cards, and the cards fit inside the Charizard box.

This site lists all the cards, with images for the front and back. They are:

Not the answer you're looking for? Browse other questions tagged pokemon merchandise or ask your own question.

10
Are there any relations between the different “sagas” in Pokémon Special/Pokémon Adventures manga?
35
Who kissed Ash at the the end of Pokémon Heroes?
3
Is Tobias' Latios the same Latios as the one in the Pokémon Heroes movie?
6
Is the plot of the Mega Evolution specials related to the rest of the Pokémon anime?
2
What's the order of Pokémon manga?
23
Are there ever any animals featured that aren't Pokémon?
10
Can Pokémon say only what their species is named as, or are they named with the only word they can say?
6
What happens with the Pokémon of a trainer after the trainer dies?
-1
In the Pokémon anime who is this?
1
In the Johto-based movie Pokémon Heroes, why do Latias/Latios appear?