How come Koro sensei had tomato juice inside jail?

In Assassination Classroom Season 2, episode 8, Tadaomi was fighting with Reaper, and then there was one incident where he faked his death from blood loss with the help of Koro-sensei. And then later it is shown that Koro-sensei was drinking tomato juice, and with the help of his one tentacles he faked that scene and helped Tadaomi.

So my question is: how did he get that tomato juice? Is it possible that he was keeping it from the start, or did he try to escape and then got one? 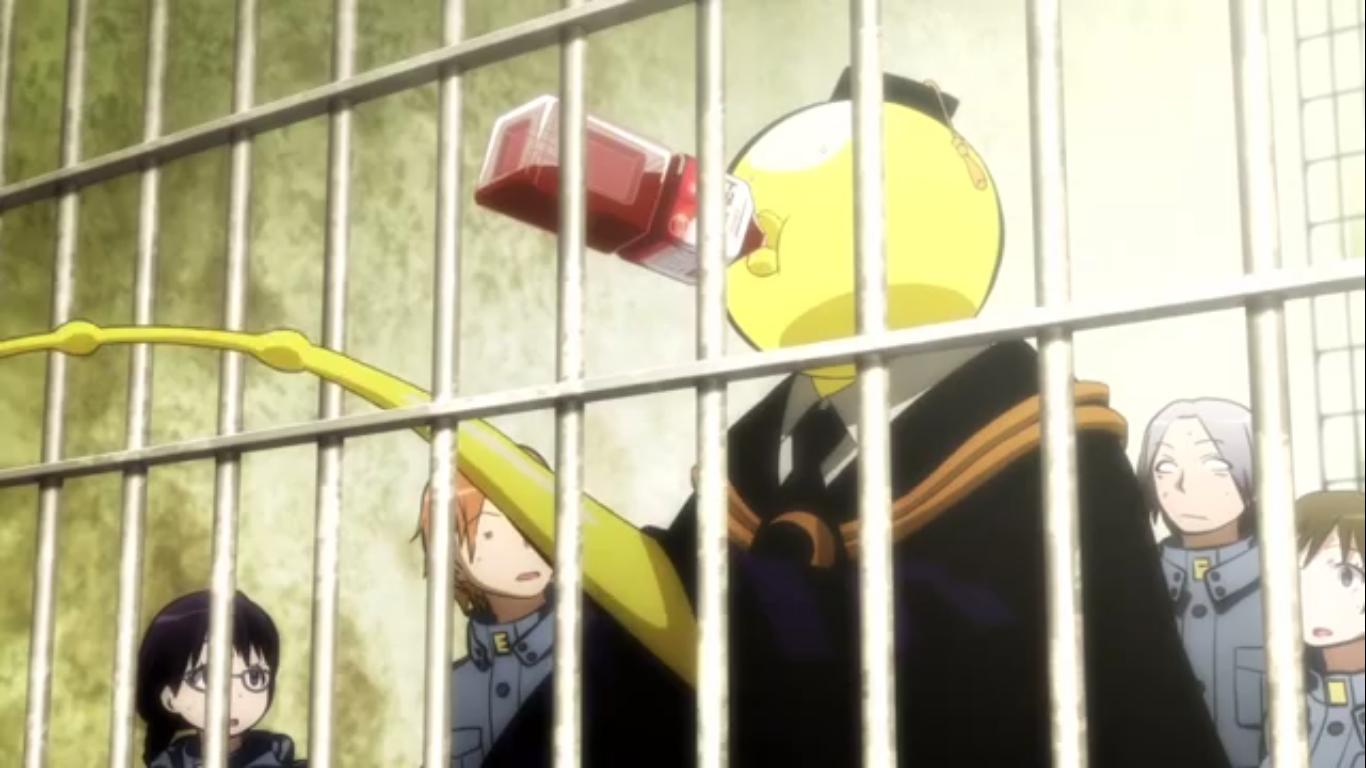 Explained in the manga: 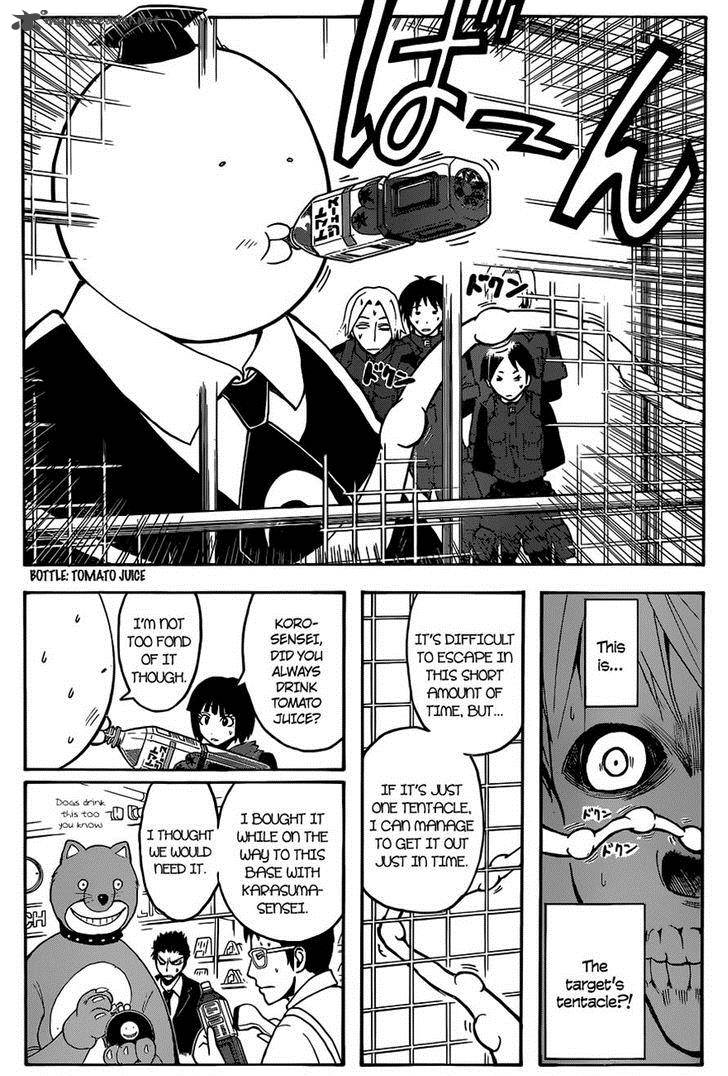 He bought it beforehand.

In assassination it is important to know your enemy (name, skill, habits, etc), and location (geographic, building structure, surroundings) to ensure that the assassination can be do successfully.

It was revealed later that the current Death God

which means that Koro-sensei knows perfectly well the extend of his abilities.

Thus, it is very possible that Koro-sensei had the tomato juice prepared beforehand. This fits the fact that they are underground, which means that Koro shouldn't be able to get tomato juice there.

4
How did Koro-sensei prevent the Moon from falling onto the Earth?
7
Is Koro-sensei fireproof?
10
How does Koro-sensei fly?
8
Is there any meaning behind what student's name appears in the episode name and eye-catch?
4
Was Kayano's recovery affected by Heaven's Spear?
7
Clear explanation of karma-kun's answer to the final math problem in Assassination Classroom?
4
How did Koro-sensei's body change from humanoid to an octopus-like creature?
6
What are the difference between Koro-sensei and other tentacle creatures?