Is Law stronger than Zoro in sword technique?

In episode 616, you can see Law cutting the entire island and Vergo with his Haki on full power in half, using only 'room' which is his Devil Fruit power, and it doesn't seem like Law was using Haki because his sword didn't turn black. But Zoro had to use Santoryu Ogi Three Thousand Worlds to cut Pica in half with Haki on all of his swords. Does that mean that Law is stronger than Zoro skill-wise?

Well, this is rather an odd question as your are comparing apples with oranges. Let's recapitulate.

Law is using his Devil fruit power to cut through anything which reside inside his room. On the other hand, Zorro uses only his skill.

In episode 616, you can see Law cutting the entire island and vergo with his haki on full power in half only using 'room' which is his devil fruit power and it doesn't seem like Law was using Haki because his sword didn't turn black.

If you are asking whether Zorro could cut the entire Island like Law did, with his current set of skills, the answer is probably NO. As the OP already pointed out, Zorro had to gather a great amount of concentration in order to cut Pica in half, a feat which would be a piece of cake for someone able to cut an entire island in half.

Now for the speculation and deduction from what we've seen in the manga/anime. As it has been pointed out in the comments, Zorro is solely relying on his skills while Law on his devil fruit power. Zorro's goal is to become the greatest swordman in the world. He has dedicated his life to the sword in order to refine his skills indefinitely.He also has previously refused any tools or cheats in order to upgrade his sword technique, as seen in Chapter 301: 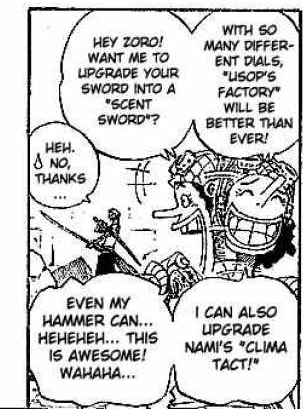 However, Law never shown such ambition or dedication to the sword. Therefore, it is safe to assume that in terms of skills alone, Zorro is far better than Law.

In the fight between Law and Vergo, Law seems to cut through Vergo's Haki with his DF powers alone, as his sword is not black as we have seen when Zorro uses it for example. Intuitively, one would think that a DF power is useless against Haki, which does not seem to be the case. Maybe Law's DF powers overpowers Vergo Haki?

This reminds me of when Luffy was using Buggy to protect himself from Mihawk's sword during the Whitebeard vs Marine war. Mihawk, being the best swordsman in the world, is an expert in Haki. Yet, he does not yield any damage to Buggy. Is this because he was not using it (Haki was not painted back then) or because Buggy's actual power is that he cannot be cut?