How do Poké Ball capsule and seals work?

In the Pokémon anime and manga, the Poké Ball seal and ball capsule allows the Pokémon to get a fancy entrance, it is mainly used in contests but can be bought and used for fun. Is there any explanation of how these work?

Here is a complete Poké Ball with capsule and seal: 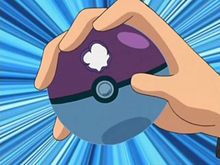 Here you see Dawn choosing the seal she wants: 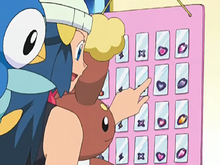 There is no canon information on how they work so far, but I've always thought that it was something to do with light manipulation. If a pokemon is released from a pokeball then there is a bright glow that is also emitted at the same time. The ball capsule alone has been seen used without a seal and the release is normal. I believe that is because the light was able to pass through the ball capsule without being impeded by a seal.

However when a seal is used the light has to travel through the seal on the way out and therefore takes on the appearance designated by the seal, similar to how holograms are theorized to work. This effect fades when the pokemon appears because that when the light usually fades. As I said though this is all theory and personal opinion. Hope this helps.

14
How does a Poké Ball work?
8
What makes an Ultra Ball different from the basic Poké Ball?
13
What if a Poké Ball was lost and couldn't be opened?
12
Can Poké Balls technically catch humans?