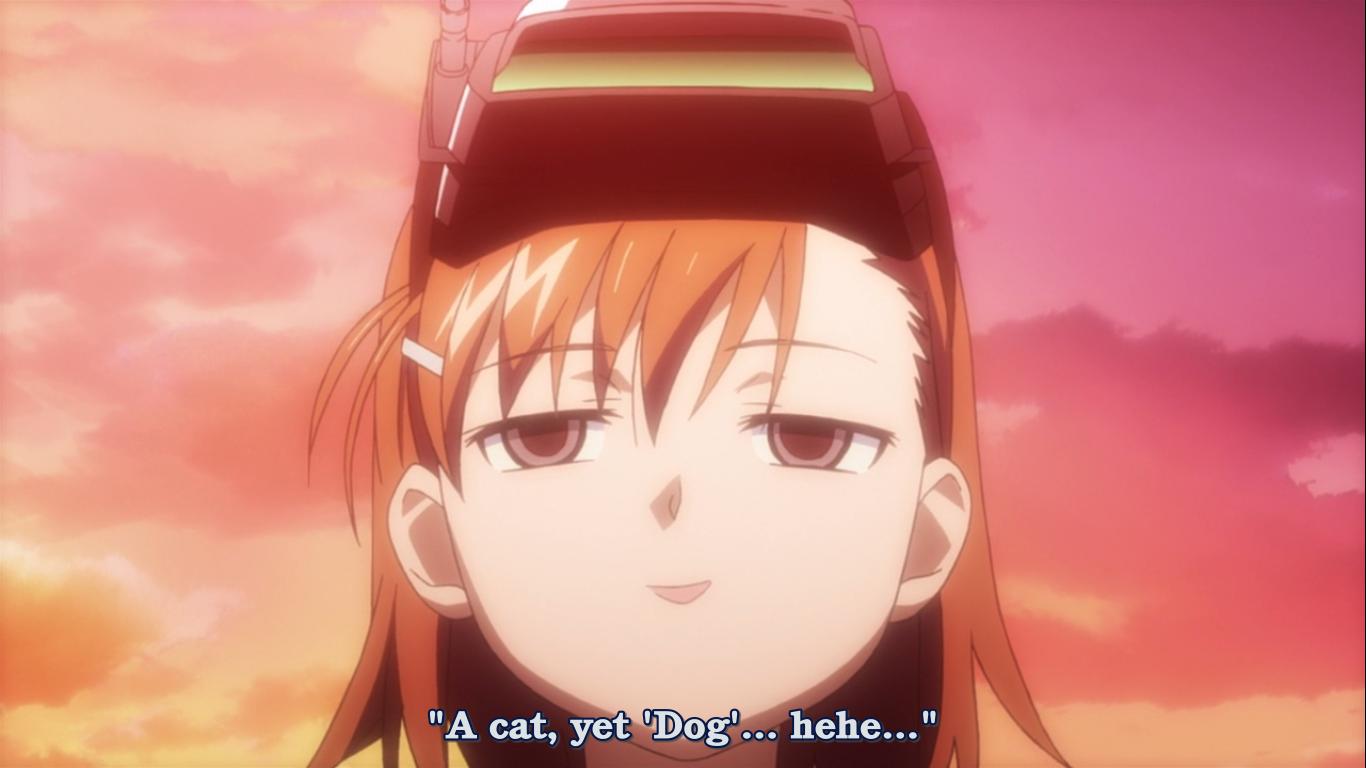 It was not clear to me which became the definitive name for the cat, although I have only seen up to episode 14.
Is it ever said, either in the anime or in the novels, which name ended up being chosen? Or did she end up not naming it?

It does not appear as though the viewer (or reader) is ever told the true name of Misaka 10032's cat in either the anime or the novels (though I didn't check the manga).

From a translation of the novel (volume 3):

"That's right! A name! This is your cat, so take responsibility and give it a name!"

"Misaka is naming this black cat Dog. ...Dog even though it is a cat. Heh heh."

"...No, um...Please give it a more serious and dignified name that fits the type of animal it is."

"That's too dignified! Wait, are you the kind of character that pretends to think about things but doesn't think at all!"

"Then what about Schrödinger?"

"Hell no! Even if it was just an example, some professor who would happily come up with a story about sticking a cat in a box and spraying poison gas inside couldn't have liked cats!"

In the end, they decided to name the cat later. However, Kamijou had a bad feeling that they would be unable to agree on a name later either and she would end up literally nicknaming the cat "Later".

It does not appear to be mentioned later whether or not they did agree to name the cat, and it is always referred to as "black cat" or simply "the cat". From the Toaru Kagaku no Index Wiki:

It is not known if Misaka 10032 has decided on a name for the cat. Furthermore, since all the tentative names given by Misaka 10032 can be used on males, it can be assumed that the cat is also male.

6
What prizes are awarded during the Daihasei Festival?
10
What are the marks on Index-tan's left eye?
13
Why do the MISAKA Sisters narrate everything they say?
3
What are these pixeled-out places from the Endymion special?
11
What is that frog toy that Misaka loves?
5
Why is Index's full name “Index Librorum Prohibitorum”?
3
What does Touma say to the “Replica” Sorcerer with the Obsidian Blade?
9
Why isn't Misaka Mikoto's face widely recognized?
6
How could Misaka 10032 be measuring Touma's life signals while holding his right hand
4
Why was Misaka Mikoto chosen as the candidate for the Sister's project when she was just a normal child when they asked for her DNA map?