Let's count? I am including pokemon such as Charmander, Chimchar, etc, which joined Ash of their own will without a battle as "CAUGHT". List of Ash's Pokemon:

Edit: As requested by OP removed a quote referencing the number of pokemon dexed by Ash. Dexed pokemon are a larger set of pokemon, which include hatched, evolved, and owned in any other way (Gift/Trade, etc.). 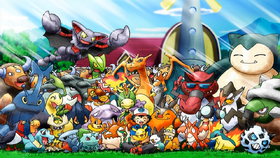 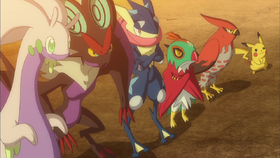 13
Where did the phrase "Gotta catch 'em all" come from?
3
Which type of pokemon Ash dosen't have?

23
How is the passage of time handled in Pokemon?
11
How does one start being a Pokemon Trainer without a Pokemon Professor?
3
Does Ash walk away from the starting pokemon in the anime?
11
Why doesn't Ash use his old Pokemon?
7
How strong is Ash?
13
Where did the phrase "Gotta catch 'em all" come from?
5
Did Ash forget that Pikachu can use Volt Tackle?
14
How many times did Brock get rejected by women?
3
How many Pokémon has Misty caught?
0
Why didn't Ash release Charizard?