In chapter 105 of TWGOK, Katsuragi mentions that it was his third time that month coming to Dezini Park, a parody of Disney World, in Narusawa City, when he goes with Haqua. I remember that he went once before with Elsee to try and cheer her up, but when was the other time that he went?

I don't blame you for missing it; it took me about half an hour of hunting through the chapters and summaries on the Wikia to figure out that this was Keima's first visit to Dezeni Sea: 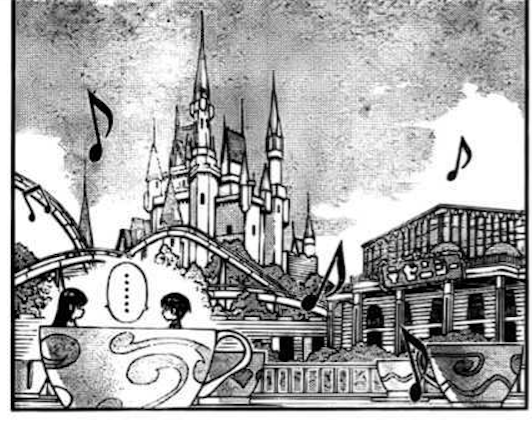 This comes from Chapter 20; it's one panel of a montage of places that Keima and Kusunoki went on their date. It's the only glimpse we get of Dezeni Sea; we aren't even told its name at this point. The wikia points it out in its summary of Chapter 103:

In Desney Sea, Keima mentions that it's his second time coming here after a date with Kusunoki.

We can see this is Dezeni Sea by comparing it to these panels from Chapter 103, when Keima goes with Elsie: 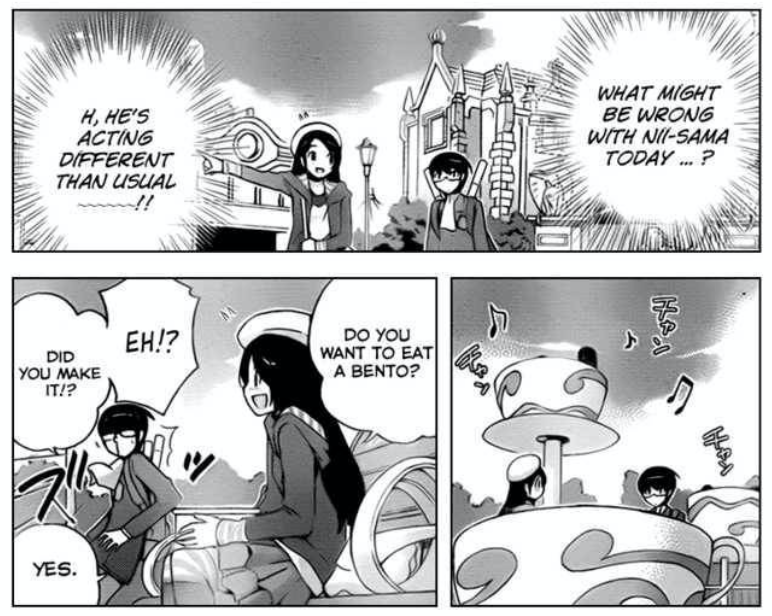 We can see the same castle in the background and the same teacup ride (the teacups even have the same pattern on them).

Then in Chapter 105, Keima goes with Haqua (and Tenri/Diana) and remarks this is his third time.