Why do we see these witches in Rebellion?

In rebellion, during the fight 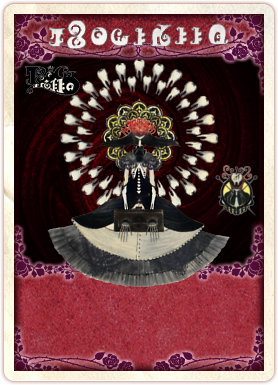 We see brief flashes of other witches:

Now, if Madoka's wish is absolute, these witches should not exist, but they do.

Why do we see these witches in rebellion?

First off. when Homulily appears the Puella Magi were still inside Homura's Soul Gem which is still inside the Incubator's Isolation Field. the purpose of this field was to isolate Homura's Soul Gem from the rest of the universe to observe what happens to a Soul Gem before it shatters and taken by the Law of Cycles, hopefully understanding how the Law of Cycles works and ultimately control it to reinstate the Witch System for energy gathering (it being far superior to the current method of killing Wraiths as indicated by the Incubator at the end of series (after Madoka remade the Universe and Homura explained it to them))

Also Madoka was without her power. when she became aware of the Incubator's Plot she wanted to save Homura, however it was obviously a trap so her memories and power was given to 2 people, Sayaka and Nagisa. because Madoka sees and exists in the universe at all points in time it's hard to tell what happened in the universe while she was away however remember that it wasn't until the Puella Magi destroyed the Isolation Field and freed every did Madoka Kami descend.

with Nagisa and Sayaka, remember that Witches are Magical Girls who gave into despair. the result of Madoka's Wish, as the Law of Cycles, was to appear before a Magical Girl and allow them to die with hope, knowing they wont turn into the very thing they have been stopping in hurting they people they care about. Both Mami and The Incubators note that when the Law of Cycles takes a Magical Girl away their Soul Gem Shatters and we see this happen in the previous universe too, the same thing happens when they became a witch but instead the Soul Gem reforms into a Grief Seed.

since this country calls women who are still growing up shoujo (少女 girls), for girls who on the way of becoming majo (魔女 witches), it's logical to call them mahou shoujo (魔法少女 magical girls).

one can assume that the potential to become a Witch is always present which is why Madoka could become a Witch after making her contract and destroying Walpurgisnacht in one attack (since what was she despairing over? Everyone else but Homura was already gone) and how she has to take a Magical Girl away before they become a witch. because Sayaka and Nagisa worked with Madoka in this mission to save Homura it's possible Madoka may have helped them control their Witch form or they learned to do it themselves as preparation for this1, no one really knows what becomes of Magical Girls when in Madoka's Care in.

1: after all, they are dealing with a race who could hide Homura's pending transformation from Madoka, and they are conniving little white shits!

Witches are still created in the new universe, but they're unknown because Madoka whisks them away at the moment of their transformation. Those two are former magical girls who were taken by the Law of the Cycle. They're simultaneously magical girls, witches, and part of Madoka herself.

9
What happen at the end of the third Madoka Magica movie?
8
What do Homura's runes in Rebellion say?
4
Is Bebe the magical girl that gave birth to Charlotte?
9
Why was there an apparent violation of the law of cycles in Rebellion?
9
How come the events of Rebellion are possible, with Madoka's wish?
19
Who are the Witches whom these Magical Girls represent?
10
How did Homura strip Madoka's divine powers in Rebellion?
4
When and How was Homura's wish fulfilled?
7
How did Homura able to return to a past where Madoka isn't already a Magical Girl?