Why is Ana embarrassed by her surname?

In Ichigo Mashimaro, Ana is embarrassed by her surname "Coppola". It's implied that it has some meaning (or perhaps sounds like something) in Japanese, but I couldn't figure out what. What does Ana's name sound like, and why is it embarrassing to her? 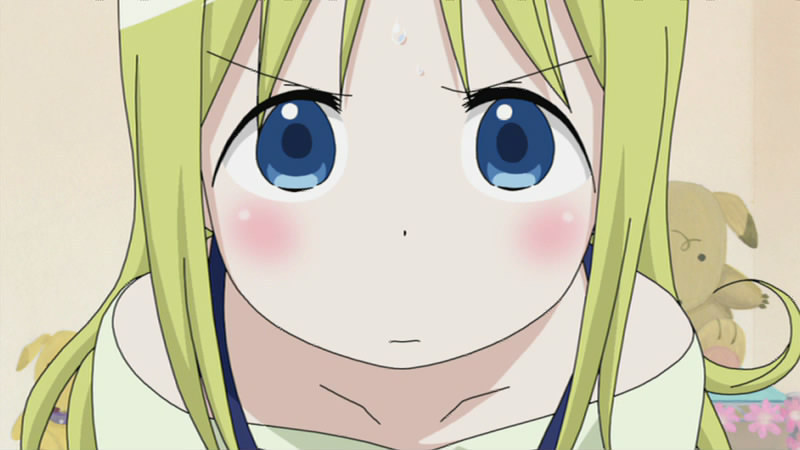 According to the Japanese Wikipedia article for the series:

So it seems like she's embarrassed because she has a foreign last name but can't speak English.

Also, on an English blog, someone asked the same question, and a Japanese viewer provided their insight via comments (comment #15, don't think there's a way to permalink it):

Kappore was a joke show in the Japanese feudal age. Coppola has a similar pronunciation to Kappore (especially in japanese’sound). now almost Japanese don’t know the meaning of Kappore, but we feel funny when we listen the word like kappore.

There don't seem to be many English resources on kappore, but you can also search on Youtube for some modern examples.

On the same blog's comments, another Japanese viewer comments (comment #17):

The reason why koppora sounds weird to the Japanese has something to do with the accents of the 19th century peasants in northeastern Japan. They used to pronounce “kon-na koto” as “koddara godo”, “chotto” as “chokkura”, “bikkuri” as “beggura” and so on, which is not considered very elegant among the white-collar class. And, the family name Coppola doesn’t sound like British but reminds us of Italian immigrants, which further highlights the awkwardness of Ana’s phony “British Style.” That’s probably why Miu always mentions “koppora” whenever Ana gets a bout of British chauvinism (as in drama CD’s) or her facade is wearing off.

So there are three different theories for you. Seems like even the Japanese aren't 100% why it sounds so funny.

There's a really no deeper meaning behind the name, beside that it sounds silly when you say it.

She is given the "nickname" 穴骨洞（あなこっほら, Anakohora, using the kanji for "hole" and "bone cave") by Miu, partially because it suits her proper Japanese personality (reflected by her polite and feminine use of Japanese). There's no deeper meaning behind this aside from the irony and that it just sounds funny when you say it in Japanese and associate it with kanji.

It's just like if there was someone named Will Power, Anita Man, or Joy Ryder in English.

Not the answer you're looking for? Browse other questions tagged japanese-language strawberry-marshmallow or ask your own question.

2
What is Mii Fujibakama saying?
7
How does “at all” mean “no hair”?
3
Why would 《 and 》 be used in a translation?
18
Why does Satsuki address everyone using “kisama”?
3
Why did Miss Monochrome become a bear?
3
What is the meaning and significance of the word “Sunagimo Umataro” (砂肝うま太郎) in Yuyushiki?
6
Was “defenestrated” simply a literal translation, or part of a bigger concept or joke?
6
What meaning does the nickname “Kyon” has?
4
Why are reading fairy tales so lewd?
2
What's wrong with Kagura's pronunciation of “ka-wa-wi-i”?