I'm just wondering why the first and the second has white eyes and their faces are clean no cracks?

When Orochimaru used that jutsu against 3rd Hokage, he hasn't mastered it yet, which is why both 1st Hokare and 2nd Hokage were that weak. With weak I mean they were not revived with all their power available for them to use.

Later, Kabuto mastered the jutsu, thus enabling him to summon the dead with all their power available for them to use. It seems that this also makes their appearance change quite a bit like you noted, in that they have different eye color and cracks.

I think it's the same thing with Izanagi, Kishimoto didn't think of the future while writing/drawing the earlier Manga, so it's just get retconned. 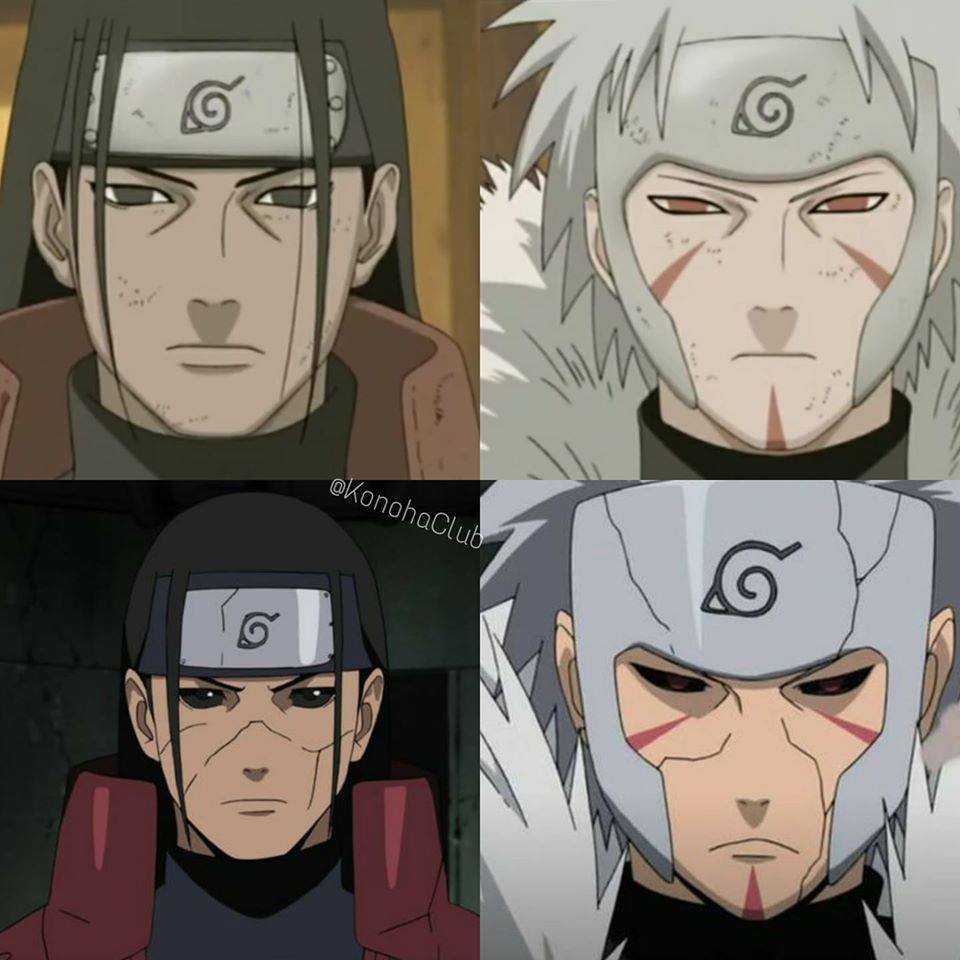 The first two looks like an emotionless, pale, living corpse. But in far-fat later episodes/chapters, edo tensei are just living corpse that has black eyeballs and can express emotions (you can see when the 'fail' edo tensei reacts to their acquaintance, they talk just like human beings. they also can allert their friend-now-enemy about the danger that will come).

I think it's just the way they differentiate living human and reanimated ones, in case there's a new audience/reader.