In Assassination Classroom, season 2 episode 15, we see Nagisa Shiota perform a "15-hit kiss" on Kaede Kayano (aka Akari Yukimura) to help save her life. Afterward, everyone is amazed that Nagisa performed a 15-hit kiss, but what is a "#-hit kiss" and what does the number symbolize? 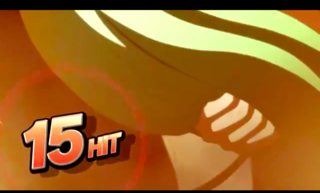 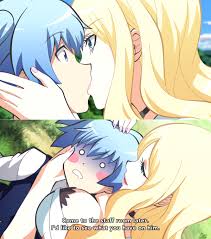 It is described by Nagisa in the manga:

I truly felt the weight of her "killing" words and that she was the real deal, a professional hitman. A kiss so incredible that it overpowers the senses. It could bring even the strongest men to their knees.

So this kiss is a weapon for seduction and assassination, and Nagisa recognizes its power. This is the reason he knows how to use it on Kaede Kayano later. It's because he experienced it first-hand by Irina.

The hit count is, as a comment mentioned, probably a reference to combo hits in videogames. From Wikipedia:

The first game to count the hits of each combo, and reward the player for performing them, was Super Street Fighter II.

4
What type of training was Class E's Yuuma going to say, before he corrected himself?
8
Is there any meaning behind what student's name appears in the episode name and eye-catch?
7
What are the difference between Koro-sensei and other tentacle creatures?