From what series is this odd lolicon poster? [closed]

I recently saw this image of an approximately high-school-aged boy with a young girl under his arm, pointing up at the stars with the text "lolicons are diseased!" 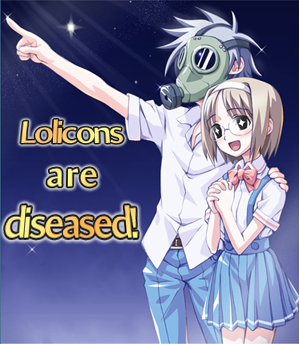 (Note: No offense intended from the image.)

Are the characters found in this image from an actual anime or manga, or are they just made up for this bit of art? If it's the former, what series are they from?

This is from the eroge/visual novel Cross†Channel. The characters in the image are Taichi, the protagonist, and Yusa, a young girl who lives next door to the protagonist. Taichi, who has certain mental conditions including being a sexual deviant, is in this scene avowing his intent to do nothing inappropriate to Yusa.

Here's Wikipedia's synopsis of the plot:

After a failed summer vacation with other members of the school's broadcasting club, Taichi Kurosu and some of the other club members return to the city, only to find that all living creatures within it except for the club members have completely vanished. In order to confirm the status of the outside world, Taichi decides to gather other club members to help Misato Miyasumi, the president of the broadcasting club, set up a broadcasting antenna to contact any possible survivors. However, Taichi soon discovers that the world is actually repeating the same week and thus all their actions are reset, with no loss or gain, no matter what actions are taken. Seeking himself and the restoration of broken bonds, Taichi must discover meaning to exist in this strange and lonely but, for Taichi, comforting world. 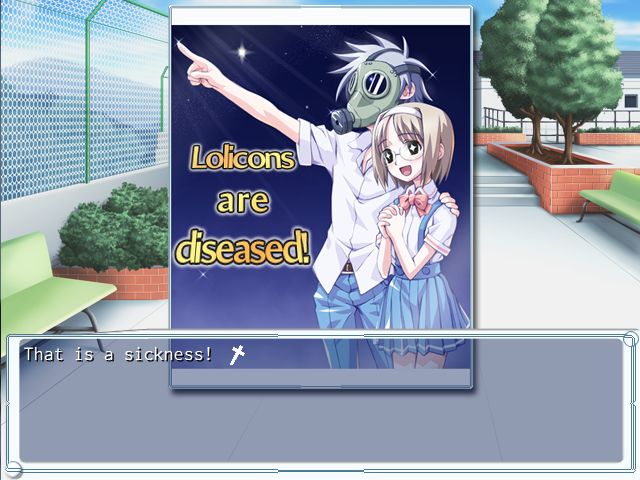 Not the answer you're looking for? Browse other questions tagged cross-channel or ask your own question.