When/Why did Nagi move out of her mansion and into the apartments in the anime?

In the first episode of the 4th season (Hayate no Gotoku! Cuties), Nagi is shown living in the apartment building with all of her friends. 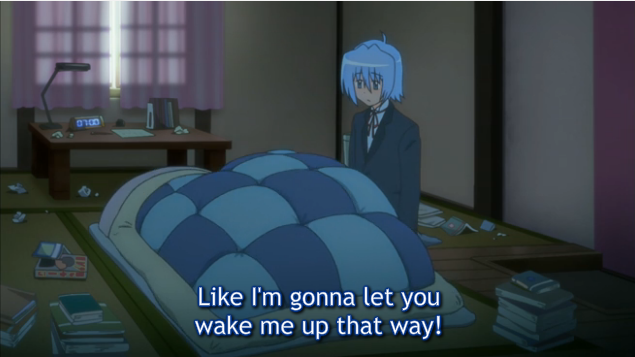 (You can't really tell this is the apartments from the screenshot, but note the rather plain looking Japanese-style room compared to her Western-style room in her mansion which definitely had a fancy bed rather than a futon)

When did she move out of her mansion and into the apartments in the anime? I don't remember this happening.

And is there a reason she moved?

Update: In the following episodes, she is shown back in her mansion sometimes as well. This would imply that the current anime season is not fully following the manga which is why I have not accepted the answers giving manga-based answers. 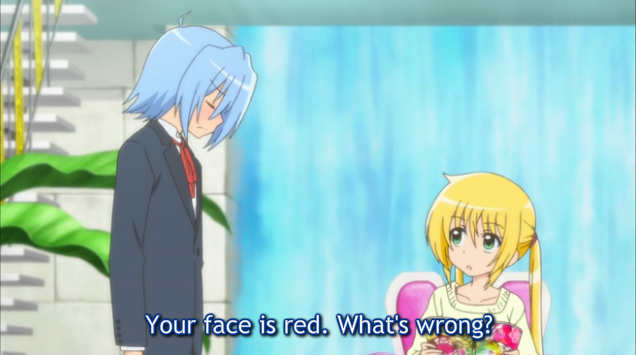 All of the events leading to Nagi moving out to the Violet Mansion (the apartment building) happens during the Golden Week arc, which is not (yet?) animated.

In chapter 220, on the trip during the Golden Week, Aika delivers a mail from Mikado to Hayate:

Mikado sets a new condition of inheritance, which is to defeat Hayate and either retrieve or destroy the King's Jewel that he is currently carrying. This King's Jewel was given to Hayate by Mikado in chapter 14, during his first visit to the main mansion.

Hayate and Athena meets again. Athena is possessed by King Midas, and King Midas wants the King's Jewel that Hayate carries to re-enter the Garden Palace and obtain god's power. To save Athena, they must break the "agreement" between Athena and King Midas which allows King Midas to possess her, and the only (safe) way to do it is to destroy Hayate's King's Jewel.

On the last day on the trip to Mykonos during Golden Week. In chapter 252:

They are now back from the trip to Mykonos. Having lost the rights to the Sanzen'in family's inheritance, Nagi has to move out of the mansion in a week. After a series of events, Klaus shows Hayate the apartment building called Violet Mansion, which was given to him by Nagi's mother due to a misunderstanding. Klaus decides it is time to return it to Nagi. Nagi later moves into the apartment building starting from chapter 277.

Nagi did not completely leave her mansion. Rather, she seems to own both her mansion and the apartments. She goes between both the apartments and the mansion throughout the season (at least this is true for as far as I've seen, up to episode 6).

In episode 2, Hayate mentions that Nagi was staying at the apartments because it's easier for her to get work done in the apartments. 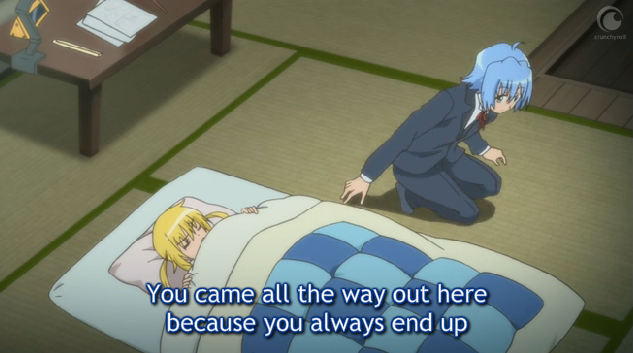 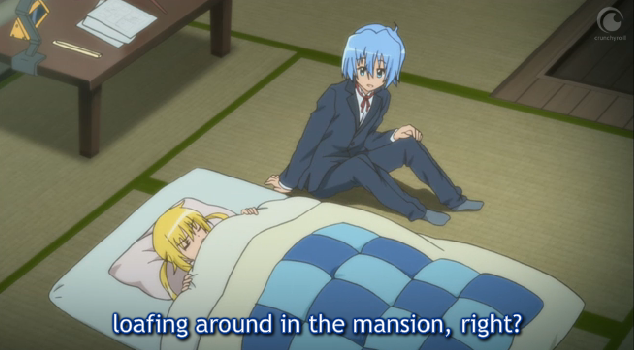 Based on the information in List of manga chapters animated in Hayate no Gotoku! Cuties, it seems like this season is adapting various manga chapters but not chronologically. It's possible that they altered the housing situation from what was in the manga so that this anime season appears to have more continuity - it would be odd if Nagi said she had no mansion in the beginning of an episode (adapted from a later chapter) and then was shown in her mansion during the next part (adapted from an earlier chapter).

It's worth noting that the Heaven is a Place on Earth, Can't Take My Eyes Off You, and Cuties are all future timelines that may or may not become canonical to the manga depending on how the mangaka, Hata Kenjiro chooses to continue the current manga timeline which hasn't caught up to the movie or both new seasons of the anime yet.

All stories used in the episodes of Hayate no Gotoku! Cuties except for episodes 11-12 were taken from various manga chapters around 200-400-ish of the manga, so you definitely cannot dismiss manga-based answers. Some of the events in these chapters were understandably modified a bit for the anime in order to make it seem like the stories in Cuties take place after Can't Take My Eyes of You.

To answer your question directly, Nagi was never shown moving out of her mansion in the anime because the yet/never-to-be-animated End of the World Arc featuring Athena Tennousu who is currently Alice both in the Manga and in Cuties (the presence of Alice as well as the Violet mansion are clear indications that you cannot dismiss manga-based answers), concludes with Nagi losing her right to the Sanzen'in inheritance of her own volition by destroying the King's Jewel that Hayate was supposed to protect because it was the key to her inheritance. Thus, with the stone destroyed, her grandfather Mikado Sanzen'in evicts her from the mansion and she is forced to live on her own without her fortune. Fortunately, her head butler Klaus gives her the "apartment," the Violet Mansion, which was originally given to him as a gift by Yukariko Sanzen'in, Nagi's mother. Nagi then proceeds to rent out the different rooms in the Violet Mansion/Yukari-chan house in order to start earning money and that's how their friends eventually come to live in this house (for various ulterior motives).

There's a section in the Hayate wiki entry on Nagi that explains why they had to move out of the mansion right after the Golden Week Arc, which occurs between chapters 211 and 266. The second season followed the manga up to chapter 148 and the 3rd season didn't follow the manga.

After coming back from golden week trip, Nagi was forced to leave her mansion due to her forfeiting her inheritance after she destroyed the King's Jewel. She orders Hayate to find a new house with 20 million yen. Later Nagi, Hayate, and Maria stayed at the Violet Mansion and started new life. Nagi prepared a plan to get money first with rent from the Violet Mansion (with butler service), she got a first tenant (Chiharu) because her house was burned by her parents.

None of this seems to ave been explained in the anime since the last episode from the "Can't Take My Eyes Off You" season, they were still in the mansion. The synopsis for the first episode of "Cuties" seem to imply that it's a flashback, so perhaps the previous season was after this season and they had moved back into the mansion, or the effect of the Golden Week Arc at least gets explained later in the season.

7
List of manga chapters animated in Hayate no Gotoku! Cuties