Why didn't Kushina die when the Nine Tails was released from her?

When Tobi came to release the Nine Tails from Kushina, and successfully did, and after Kushina was stabbed by Kurama, why didn't she die?

When Kurama was extracted from Naruto, Naruto immediately passed out, and would have died if it weren't for Sakura. 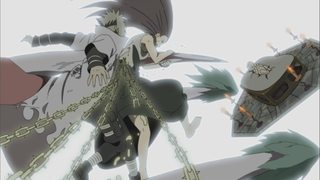 She didn't die immediately for the same reason why Kurama, Nine Tails, was put in her in the first place. She inherited her clan's, the Uzumaki, extremely big amount of chakra.

Kushina was eventually told why she had to leave her home of Uzushio and go to Konoha; because of her special chakra, she was to be the next jinchūriki of the Nine-Tailed Demon Fox.

In the statement above is indicating her special chakra.

As an Uzumaki, Kushina was blessed with a strong life-force, granting her tremendous chakra reserves and vitality. This also gave her tremendous stamina, healing powers, and longevity. Ultimately, this trait let her survive the Nine-Tails' extraction minutes after giving birth, and still provided great aid to Minato on the battlefield shortly after despite her heavy exhaustion. Likewise, while still weakened, she did not die immediately from being impaled by the Nine-Tails' claw. Even by her clan's standards, Kushina possessed a powerful and special form of chakra that made her well-suited for becoming a jinchūriki, effectively sealing the entirety of the Nine-Tails inside her and further enhancing her reserves.

The one above talks Kushina's chakra, why she survived the extraction of Kurama, why she was still alive even after Kurama's claw stabbed her, and why she was a perfect candidate to become a Jinchūriki.

The vitality inherent to the Uzumaki clan allowed her to survive the extraction, though greatly weakened by experience, the masked ninja tried to have the Nine-Tails finish Kushina off.

The one above and the second one mention her getting weaker once Kurama was extracted from her.

Uzumaki naturally possess incredibly strong life forces, granting them very long lifespans; Mito Uzumaki was born before the founding of Konoha yet lived well into the reign of the Third Hokage. This also enables them to recover from injuries and exhaustion in short periods of time, enough to survive the removal of tailed beasts, although they are still left near death afterwards. Uzumaki also have the ability to heal and rejuvenate allies by having their allies bite them and suck their chakra. It is dangerous however to use this ability too regularly. At least one member has displayed a unique sensory ability.

The one above is technically saying that the Uzumaki have special traits that let them live more than others, just like Mito, and the ability to heal others, just like Karin. They can also recover from injuries and they can even survive a Tailed Beast extraction but they will be left near death,

just like Naruto when Kurama was extracted from him.

Kushina didn't die immediately because of her inheritance of her clan (this is the reason why she was still alive). But she did die from Kurama's claw because she was already weakened from his extraction, and the claw opened a bigger wound that was not healed immediately.

15
When did the Kin/Gin Brothers get their Nine-Tails power?
4
Why did Tobi use Kurama in his attack?
2
Why madara did not change after 1 and 8 tails was extracted from him?
0
Why didn't Tobi capture Sora for his 9 tails chakra?
2
Can the Nine-Tails now leave Naruto's body at will?
1
Why couldn't Minato store the nine tails in a different way?
1
Why did Minato's nine tails help in the fight?
2
In the Dreamworld, why was Minato and Kushina like how they were when naruto first met them
1
Where was Jiraya when Nine tails attacked the leaf village?