To do a 'Unison Raid', do you have to have the same type of magic?

In Fairy Tail, does it matter what type of magic two wizards use in order to perform a unison raid? Okay, I understand the Gray and Juvia have done unison raids before, but both of their magics have the same concept just in different forms. But let's say someone like Natsu, or anyone with a type of Lost Magic (dragon slayers) were to perform a unison raid with Mirajane, for example.

Specifically, my friend is writing a fanfiction on Fairy Tail, where the main character is a dragon slayer, and she also has another certain magic that was passed down from her mother, a type of lost magic (a musical magic, where if the character sings or plays any instrument, the sound waves attack the opponent, and because of the whole thing with the

Dragon Slayers with their dragons being inside of them, and making antibodies so they wouldn't turn into dragons, (somehow) turned into her forms that she can use for this lost magic, that's are crazy powerful.

My friend isn't really sure if she can perform a unison raid with Mirajane, because they both sing, because Mira doesn't have this lost magic. So is this possible?

(Sorry if it's really long)

The definition of Unison Raid is

An extremely powerful ability that allows two Mages to unite two kinds of Magic similar in nature together, thereby creating an even stronger attack.

The Wikia page listed Unison Raid that has been performed in the series. We have:

All of the elements that they use doesn't go against one another. In video games usually Light and Dark/Shadow are opposite elements, but in nature, whenever there is light, there is darkness/shadow. So in nature they are not opposites and in fact are quite similar.

Now, there is a problem with what you stated in your question. Mirajane doesn't use song magic. Her magic is a Take Over (transformation) magic. When Mira sings, she sings normally, not with magic, so you can't Unison Raid that.

Is it possible to Unison Raid 2 song magics? Yes, it is. But both mages needs to match the frequency of their song so that the resulting sound wave doesn't cancel each other out. So if the first mage use a song magic that results in the following sound wave (a sine wave),

Then the second mage's song magic must create a sound wave that have the same frequency (same position of hills and valleys). They may have a different amplitude (height and depth of the hills and valleys), it doesn't matter.

However, if the second mage failed to make a sound wave of the same frequency, let's say that he created a cosine sound wave, then the resulting Unison Raid wouldn't be as strong, if it can be called a Unison Raid that is. It is even worse if he created a -sine wave. They will cancel each other out. 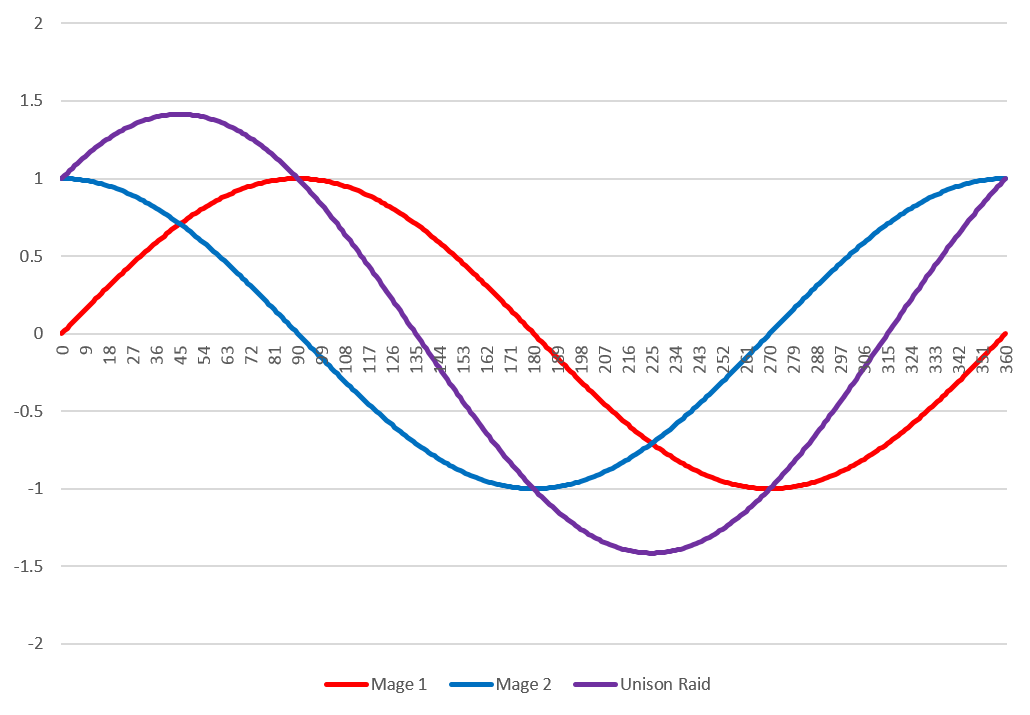 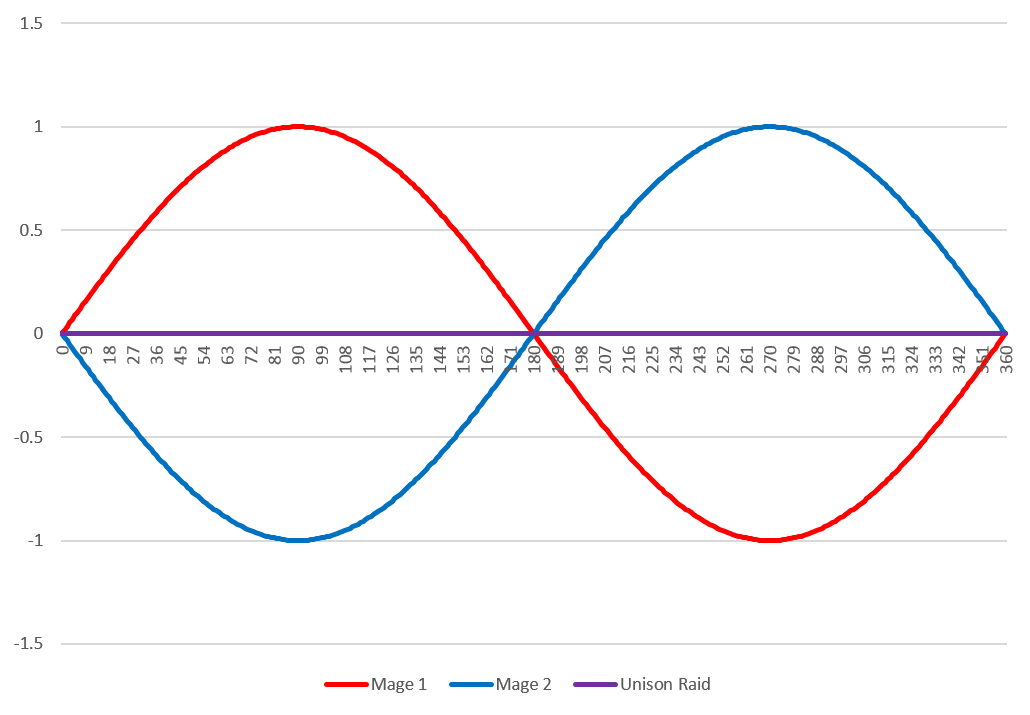 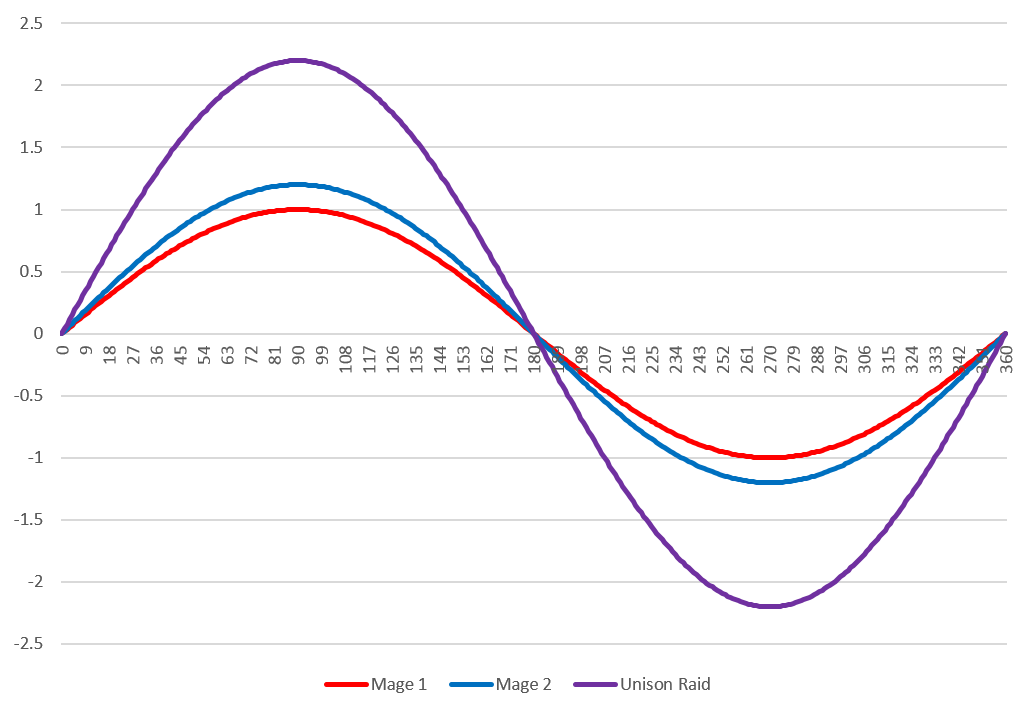 2
What is the origin of the "Hidden" event in Fairy Tail?
6
Meaning of the symbols used in Milky Way?
3
Why do we generally see only one person per type of magic?
2
Can wizards/magic users possess more than one type of magic?
14
How many Dragons are there in total in Fairy Tail?
2
What happens if a dragon lacrima of another element is implanted?
2
Can Natsu Dragneel use Dragonforce and Lightning flame Dragon mode at the same time?
5
Can more than one person use the same type of Take Over magic?
0
How come there are so many Dragon Slayers?
3
Can you end up with a different type of magic than taught?