Have there been any hints by writers about Blast?

Blast is #1 among S-rating heroes; it is said that only Blast will be able to stop a God-level attack. However, we never actually see Blast, or get any hints as to who he/she may be.

The question is: has either ONE or Murata Yusuke hinted on who Blast might be?

Blast appears during a certain, fairly recent (by chapter number) flashback in the webcomic. The depiction is pretty fully detailed (full facial details are obscured, but it's more detailed than "vague shadowy outline"), and interacts with the character having the flashback. 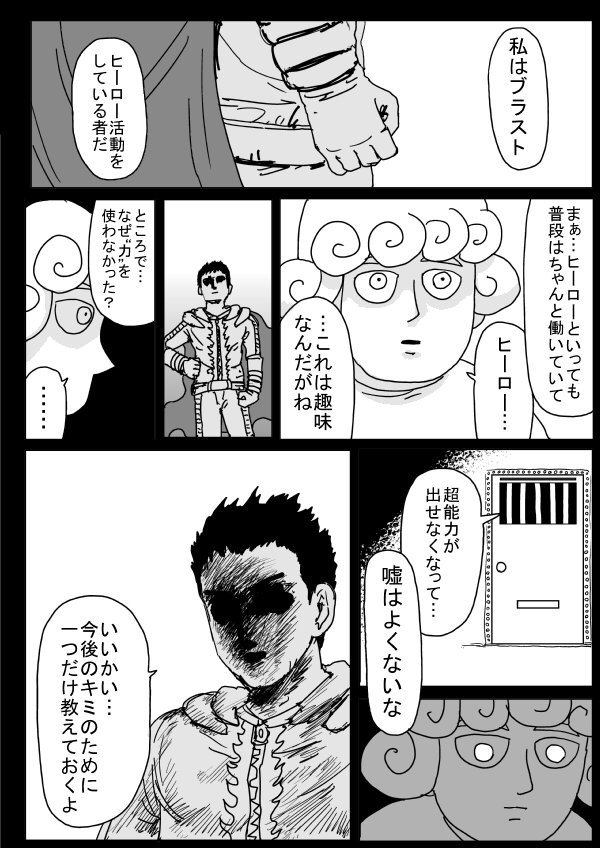 His appearance seems vaguely similar to one or more characters in both the manga and webcomic, but for now that seems to be the only connection: vague superficial similarities--this particular style of face and hairdo seems to be common, and no one has ever appeared in this outfit before.

-1
Does Blast appear in the manga?

1
Does Saitama have any friends outside the heroes ones?
1
Can heroes have any kind of powers in One Punch Man?
0
Has any other work of ONE been animated aside One Punch Man and Mob Psycho 001?
2
Does Blast have psychic abilities?