Who are the members of the Lycaons?

In One Outs (at least in the anime version), most of the members of the Lycaons other than Toua were rather minor characters, and some didn't get named as far as I can remember. In fact, I remember more people from most of the opposing teams than I do from the Lycaons.

What are the names of the Lycaons team members, and what positions do they play? 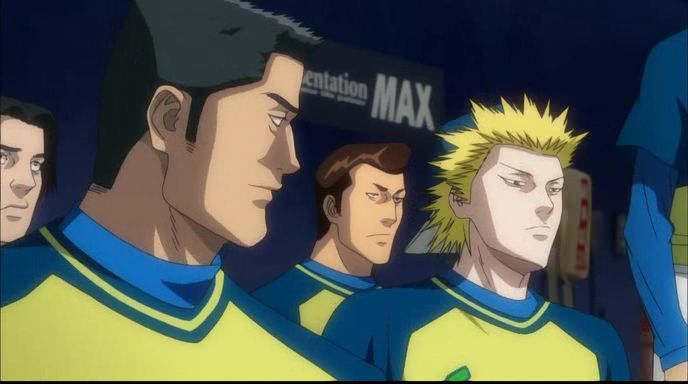 Really surprised there isn't already a list of this somewhere. I don't have the manga so I don't know which names are revealed there as opposed to the anime. I went through the scripts for the 25 episode series and could only glean the following:

In episode 14, when they do the 9 person infield move, you can see a lot of the numbers that some of the players wear, but ti's not clear enough to see any names. Center field and the 2nd basemen weren't explicitly mentioned in the anime. As for Kojima, he's usually not on the field when his team isn't on offense, instead, standing next to the manager in the dugout explaining to the manager what's going on. I'm not sure what position he plays if he was on the field.

Not the answer you're looking for? Browse other questions tagged one-outs or ask your own question.

3
Where does the One Outs anime diverge from the manga?