Was there any hint of the year before it is revealed?

Before we find out that there is a three year gap between Taki and Mitsuha, were there any visible signs that the audience could have determined the date gap with? The anime has recent technology such as smart phones but it seems that the year was always absent from the screen when they were in the diary application or memos.

They were sorted by date, but seemingly neither of them noticed that there was a time gap until this moment. Odd that they could go to school and never have to write the year down on their papers they submit, but I'm just wondering if there was any way for us, as viewers, to have noticed the date discrepancy beforehand?

What I first noticed as a discrepancy and wrongly attributed as an animation mistake turned out to be foreshadowing of the three-year gap: 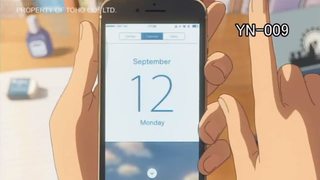 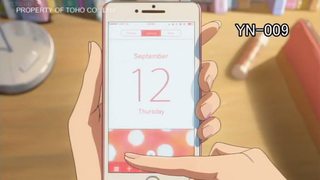 Taki's and Mitsuha's phone screens at around 28:32 and 29:08, showing September 12 as a Monday and a Thursday, respectively.

If we were to assume the time in Kimi no Na wa corresponds to ours in real life, then we can reason that

(As a reminder, the fictional Itomori Accident occurred on October 4, 2013.)

However, the first true hint was given much earlier, in

Notice that Taki suddenly grew taller while Mitsuha remained the same height. Here, Makoto Shinkai is again playing tricks on us with the changing apparel (some of which are seasonal uniform switches) by pretending that Mitsuha also moved up in grades when in fact she did not. The sweaters are not part of the school uniform, but her own (see the "Sweaters and Vests" section of Everything you wanted to know about girls’ school uniforms in Japan, gray and beige would be the basic colors).

Taki woke up as himself again, and saw that Mitsuha arranged a date for him. He dressed up and runs to Onodera senpai.

The scene where Okudera Senpai and Taki just met to start the date...

on 38:41, you can see taki already wearing the red ribbon 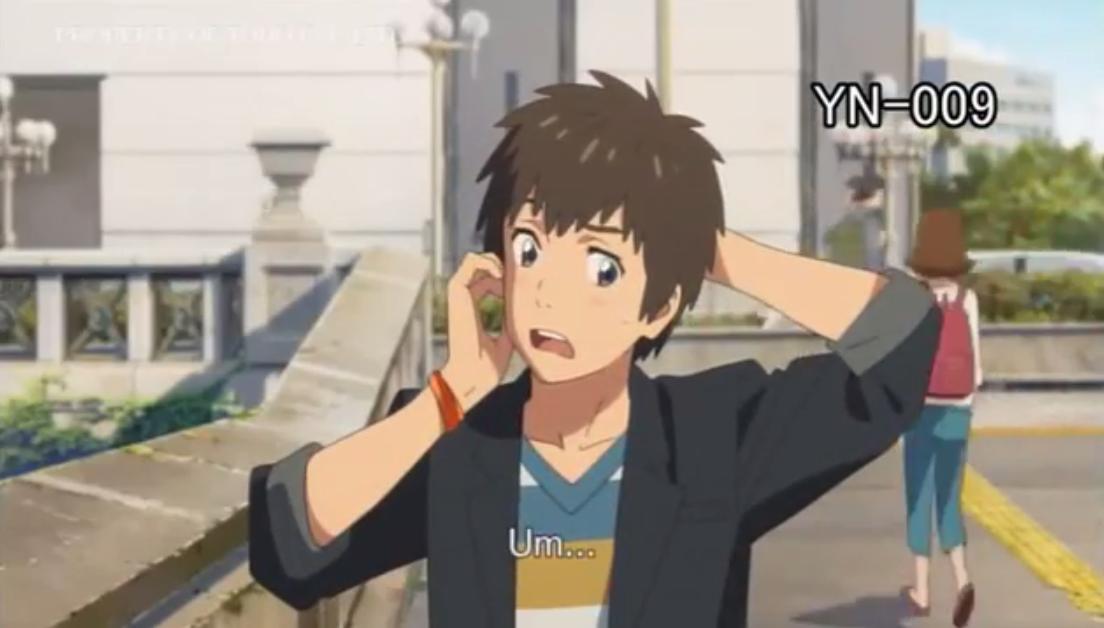 on 39:09, you will see mitsuha tying her hair with the ribbon 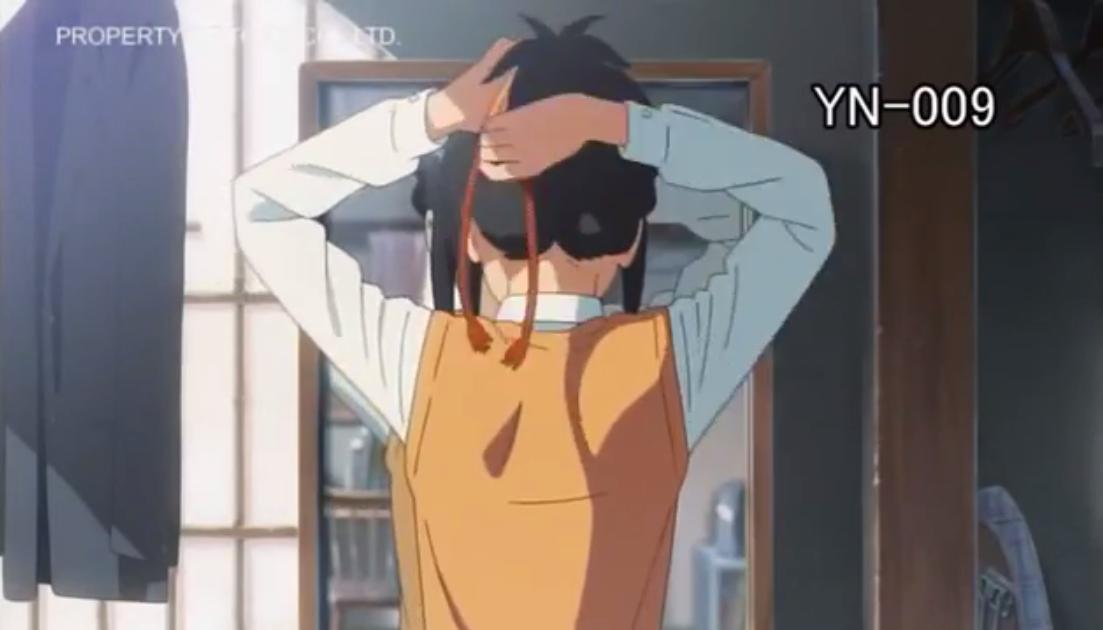 Mitsuha (on the picture above) on the other hand, also woke up as herself and start to dress up before going to school. But ended up ditching class and goes to tokyo to see Taki's "date".

This was supposed to be the day she will hand out the ribbon to Taki. But on the present situation, Taki was already wearing the ribbon as a bracelet which indicates that there is already a time difference.

Actually, during the party at Tessie's place around 14:00 mark, there's a calendar hanging on the closet near Tessie which has its year displayed as "2013" and only appeared for about 10 seconds (and most of the time blocked by Tessie's dad's body). *Pirated version's resolution is way too low to find this even if you strained your eyes to the maximum. So watch it in a cinema or buy the Blu-ray version. (Click to enlarge picture) 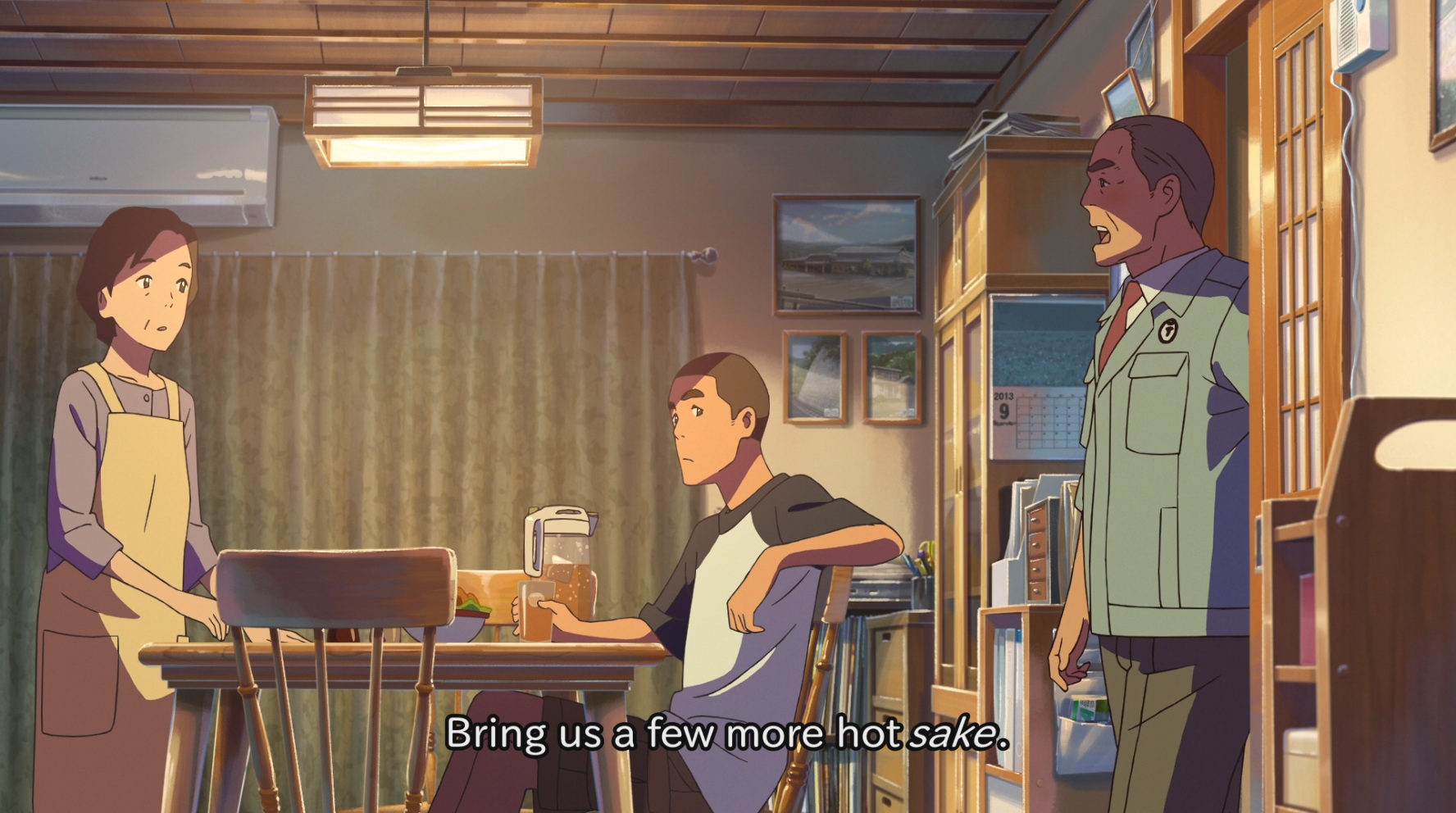 But there's a more obvious clue while Mitsuha went to high school as Taki. While he (she) was staring into the classroom and wondering whether he should step in before being interrupted by Tsukasa, there's a poster on the door showing the annual "High School Music Fest 2016". Around 21:00 mark

*BTW, there's a critical error that must to be fixed before NA or Blu-Ray release: In the last switch, Taki was discussing with Mitsuha's friends about the evacuation plan and searching on the web. The Google logo was a total misuse since it's the version of the current one which released in a late 2015 major update.

On the part where they were just discovering that they were switching bodies... 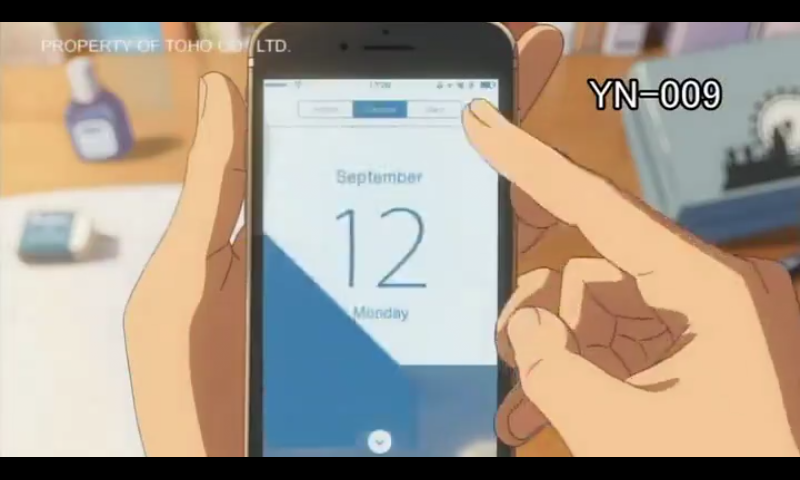 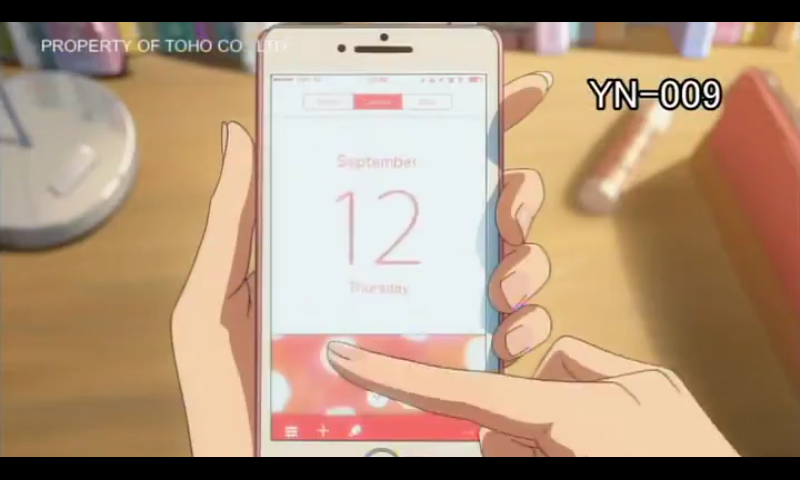 Not the answer you're looking for? Browse other questions tagged your-name .

1
How does Mitsuha not realise that she is in the future?

11
What was the working title of Kimi no Na wa?