So I am confused about the identify of the 2-eyed thing.

I assume the person with 3 eyes is Ugo for that's how he looks when David fights him. For it to be Arba seems rather out of character to me, in later pages of the chapter.

Was 2 eyes some sort of amalgamation of Rukh/will of the world or something more individual? 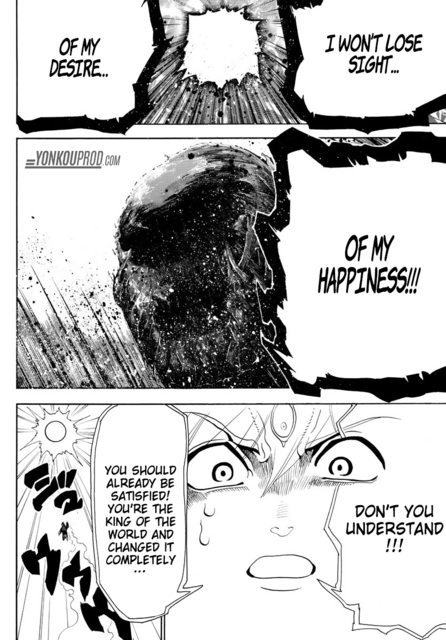 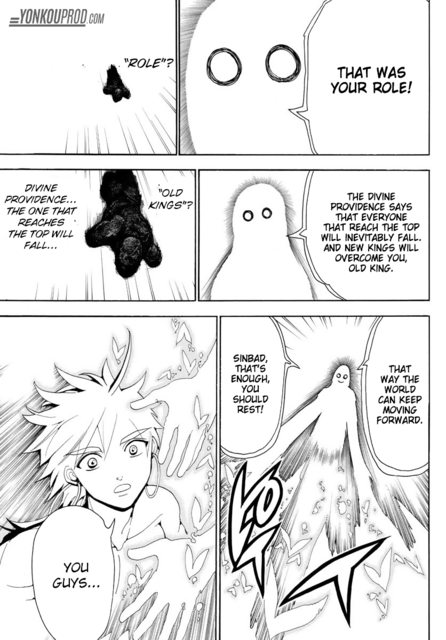 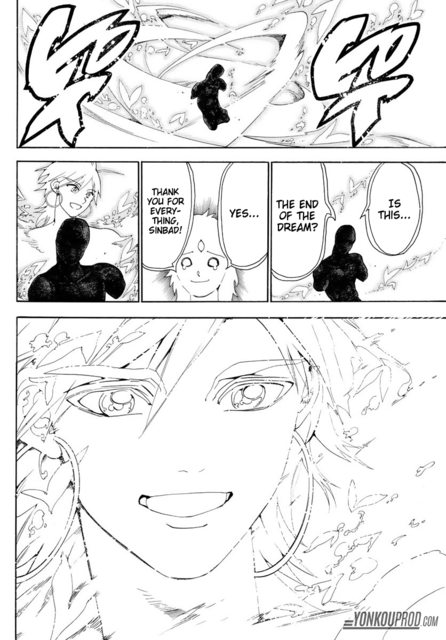 You are correct on the 3-eyed guy being Ugo. As for the 2-eyed guy, I believe it is an amalgamation of Rukh from old kings. If you notice, Ugo states you guys implying there are more than one and the 2-eyed being says that Sinbad has done enough and unveils him from inside.

Another hint would be the fact that the 2-eyed being is seen above speaking directly to Sinbad as Sinbad is crawling on the ground and says, "Divine providence...the one that reaches the top will fall...Old kings?."

Sinbad's Rukh leaves his body near the end of the frames as it goes to join the old kings.

Hope this helps, the angles are tricky to understand sometimes.

7
Differences between anime and manga versions of Magi: The Labyrinth of Magic
2
Do I have to read the entire manga series of Magi, or can I start reading where the anime left off?