What is the card game the characters play?

Throughout the story, the characters often play the card game with each other.

What type of game or games are they plays? What are the rules? 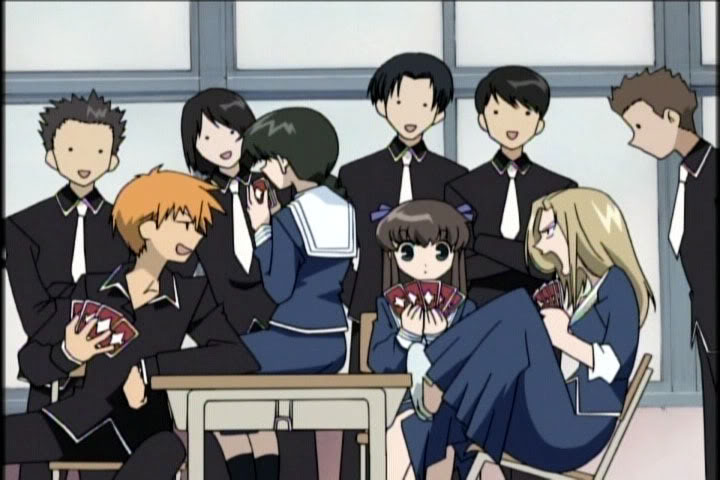 They are playing Daifugo, a Japanese card game (1). The game is known as "Rich Man, Poor Man" in the English version.

The rules are outlined in this Wikipedia article, but to put it succinctly:

There are five special titles for players during the game, ranging from "the grand millionaire" down to "the extreme needy", based on how each player performed in the previous round. For the first round, everyone starts at the middle rank, "the commoner".

Everyone sits according to their title. The "grand millionaire" always shuffles and deals the cards (52) to the players. After the cards have been dealt, there is a period of "taxation" where the "poor" players hand over their strongest cards to the "rich" players and the rich players pass their bad cards back to the poor players.

Daifugo uses tricks, like in Spades or Bridges during play. When players run out of cards, they are out of play for the round. The player with the strongest or the most cards at the end of the round becomes the new "grand millionaire", with the rest of the titles following based on number of cards or remaining cards in hand.

The winner is usually the player who is "the grand millionaire" at the end of the game.

Not the answer you're looking for? Browse other questions tagged fruits-basket .