If you look at Naruto Shippuden Episode 26, in the episode, you can see that one of Sasori's puppets have the Sharingan in its eyes. 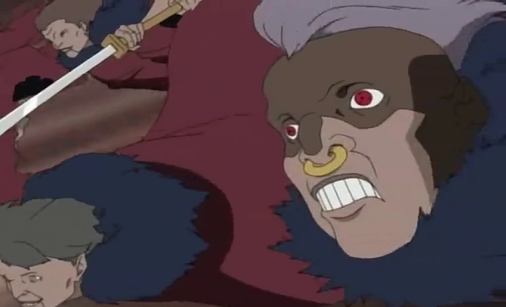 Is there any reason for this? Can one of Sasori's puppets use the Sharingan? Wouldn't a lot of chakra be used up to manage a Sharingan, and could Sasori manage that too?

Can a puppet made by Sasori use abilities like Sharingan? Yes, provided that they were actually Human Puppets.

By removing the internal organs of a foe and preserving the body to prevent decomposition, as well as adding weapons and defences, Sasori can make powerful human puppets. These puppets are different from normal ones, as they retain their use of chakra and any kekkei genkai that the human host once had.

The likely scenario is that the chakra cost isn't incurred by Sasori himself, but rather by the puppet, so the abilities used by the puppet would be limited to the former original person's own chakra strength. If they were actual members of the Uchiha clan before being transformed instead of shinobi which transplanted the eyes into themselves, then the likely case is that the chakra cost is negligible.

Interestingly enough, a handful of them (according to Narutopedia) are actually former Sharingan users, and are part of his Hundred Puppet Army (likely a part of what you're witnessing), although the fact that they have Sharingan isn't exploited in any media, according to any existing sources.