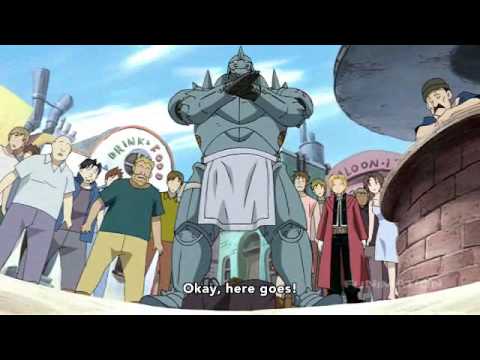 8
Why does Edward prefer to use his automail over Alchemy?
8
Can someone learn more than one alchemy?
5
Why did the Elric brothers only believe in one rule of alchemy?
4
Why can't the homunculi perform Alchemy?
5
Can gold be transmuted in the Fullmetal Alchemist continuity?
7
Can Alphonse sleep in FMA/FMA:B?
8
Why did Alphonse lose everything?
2
Why can't Alphonse trade his alchemy for Edward's alchemy?
3
Was body rejection even a possibility?
4
Why is Al's armor so big?