How much is A.K. willing to pay for Mirai's nude photos?

On two occasions in the Kyoukai no Kanata anime franchise, Ayaka disclosed to Mirai how much A.K. (Akihito Kanbara) would pay for her nude photos. The first time was at 16:55 in episode 5 of the main series, but Ayaka's fingers covered most of the pay check so we aren't privy to the modeling fees. 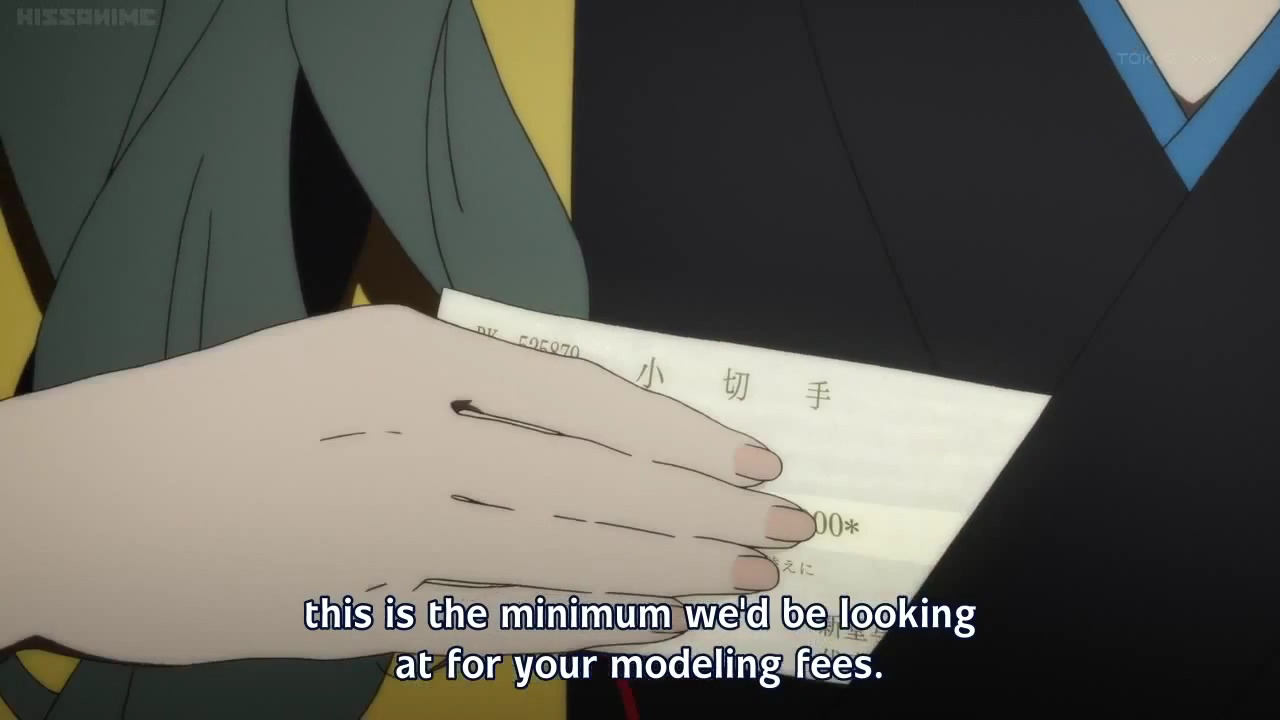 Then Ayaka bargained again in episode 2 of the Mini Theater, but it wasn't helpful that her voice was censored when she spoke of the modeling fees. However, five 10,000 yen notes were shown onscreen. 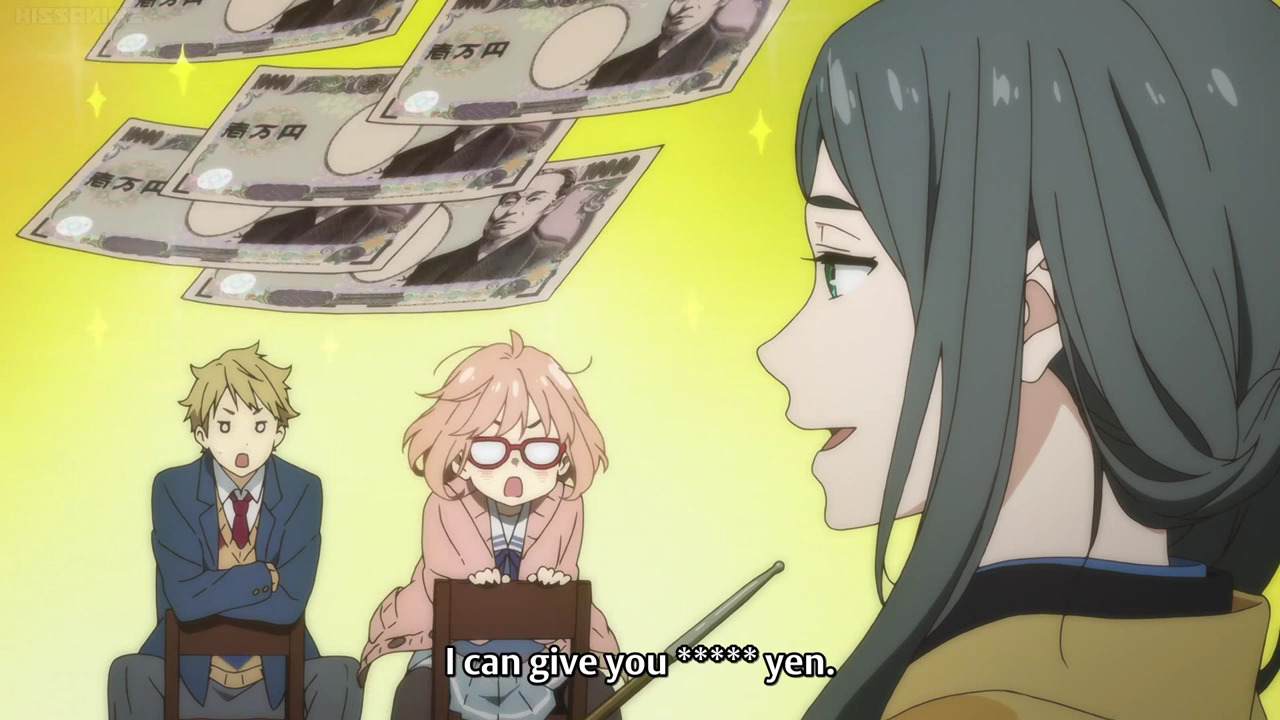 The exact amount was never disclosed. speculation is as far as you can go with that question but id say more than 50k

5
How does Mirai's ring help her control her ability?
4
Why does Kuriyama always say “How unpleasant!”?
5
What are Youmu Stones used for?